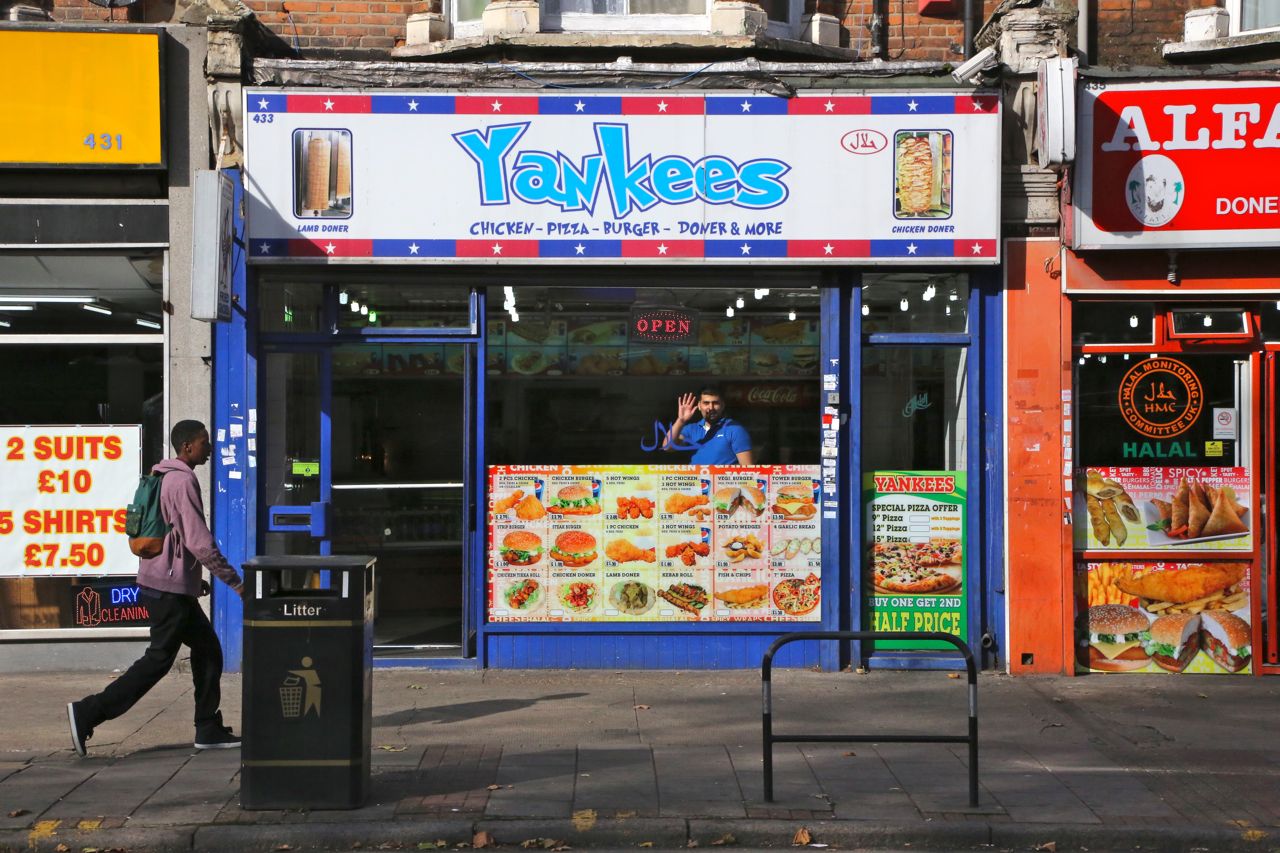 I was off to London's East End yesterday, taking photos in the neighborhood of East Ham for Bleeding London. I met up with the same two photography pals, Susi and Greg, who accompanied me on a past walk. We figured we could quickly document life on the streets of the E6 postcode.

We met for coffee to chat and plan a strategy, and then we split up, with Susi and Greg taking one side of a main street and me taking the other. We followed that plan throughout the day, and at the end of the day I had 48 streets finished. Assuming Greg and Susi had a similar number, we did pretty well.

Trying to photograph with other people is not the most efficient means of individually knocking down large quantities of streets, because you spend time socializing and backtracking to meet up with each other. But cumulatively, with any luck, you wind up with more done than one person could manage. 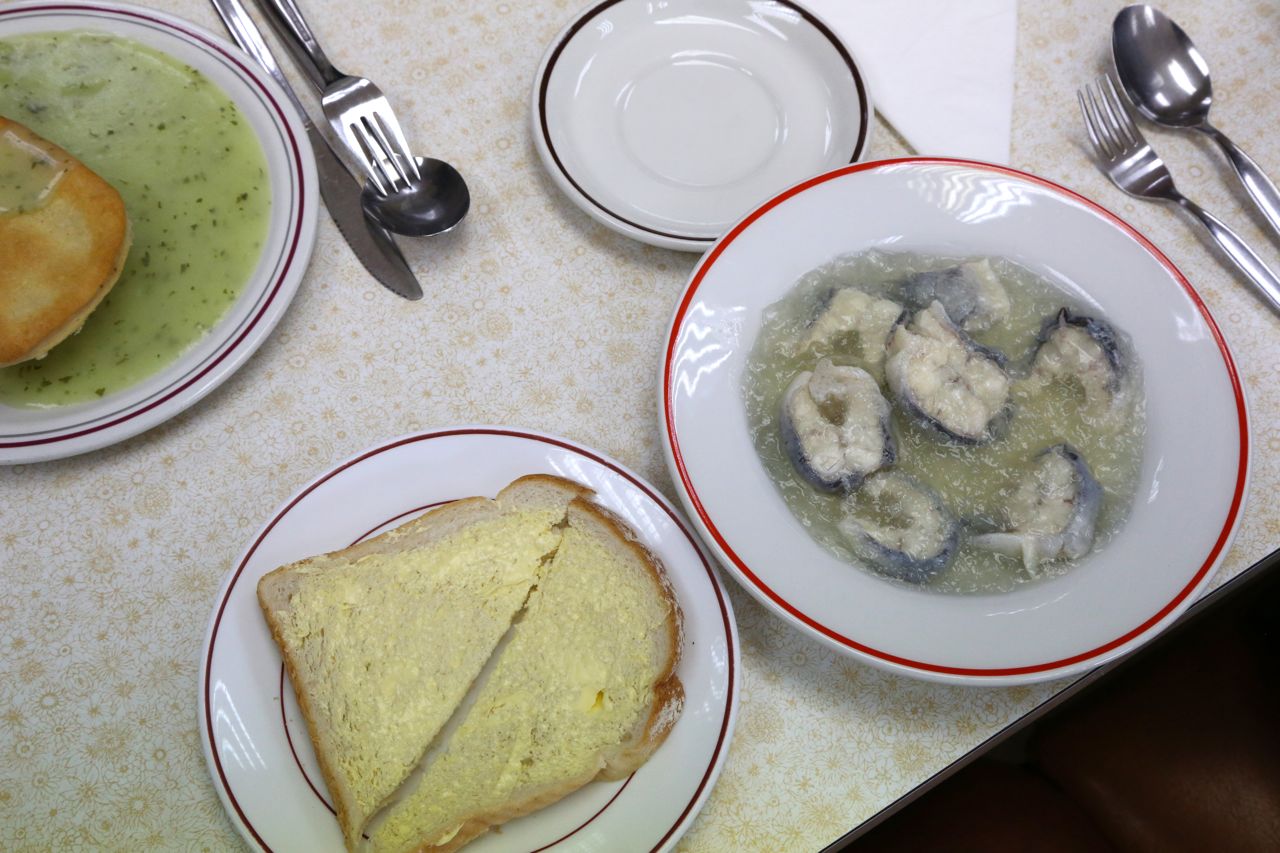 For lunch we stopped at a pie and eel shop (a place I've photographed in the past, coincidentally). Eels are a traditional working-class food in East London, and you can get them either hot or cold and jellied. I decided to try them. Upon the advice of the counter lady, I got the cold option, accompanied by plain ol' buttered bread.

Before I saw them I couldn't even visualize what jellied eels would look like. Well, there they are! I ate the fish and the bread but I left behind the surplus jelly -- I'm not sure whether I was meant to consume that or not. Tastewise, they're a lot like sardines -- oily and salty. They weren't bad, and I'm glad I tried them, but I wouldn't say they're my new favorite food. You can see a bit of Susi's beef pie to the left, with the green "liquor," a parsley sauce.

Apparently wild eels are not as abundant as they once were, but fortunately they can be farmed, and my eels came from a farm in Northern Ireland. Wild eels live in the Thames and many other bodies of water in Britain and northern Europe -- which is how they became an inexpensive working-class food -- and apparently they swim all the way to the Sargasso Sea in the mid-Atlantic to breed. Which is pretty amazing.

Anyway, after our day out and about, I got home around 4 p.m. Dave went to school to work with some students, so I didn't miss much around here! Just Olga snoring!

(Top photo: A chicken shop on Barking Road. This is NOT where I got the eels! You know I love my America-themed chicken shops, and the guy waving at me cracks me up.)
Posted by Steve Reed at 6:25 AM