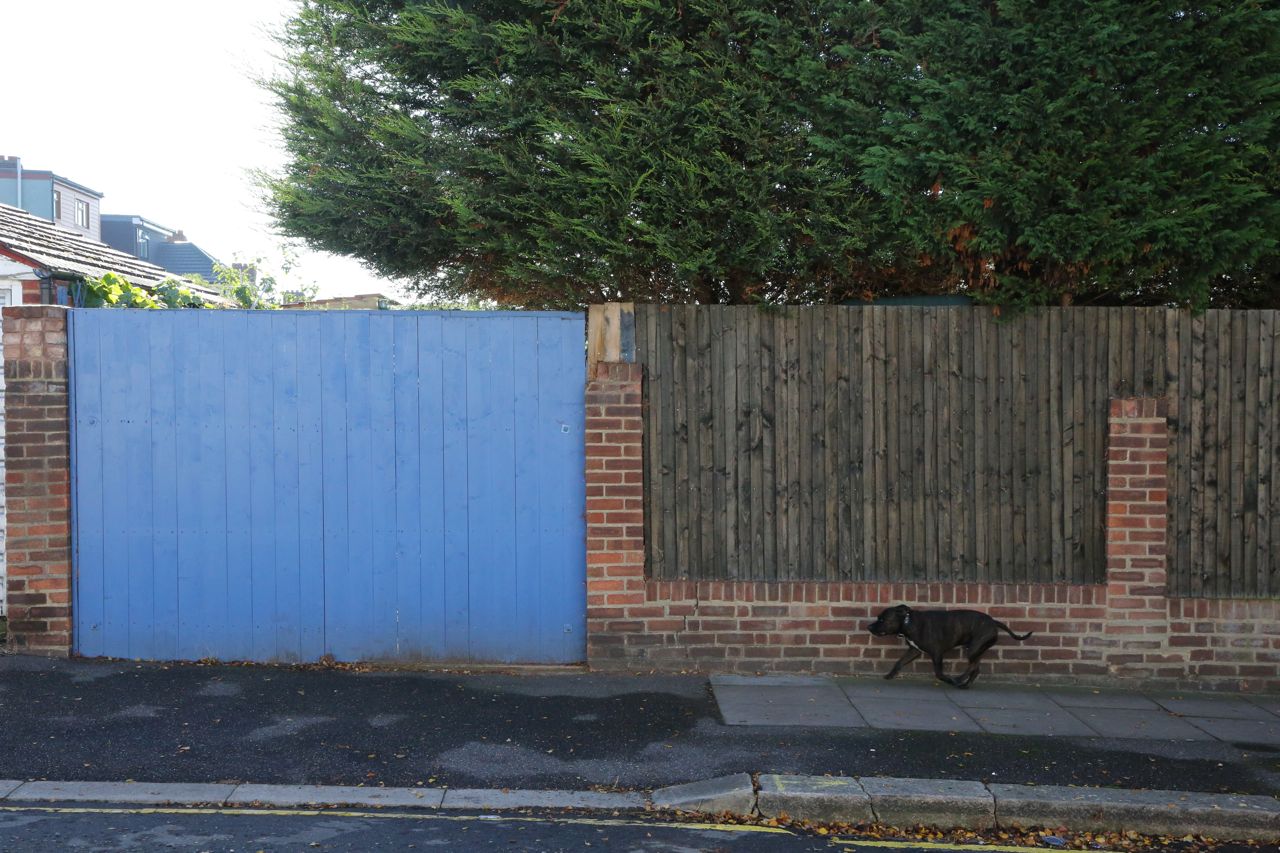 As we prepare to wind down Bleeding London,* there are still many postcodes with no representation in the contest. I guess no one likes to photograph the suburbs; they seem to be especially neglected.

I think we ought to have at least a handful of photos from every postcode. Londoners should be able to look at the results of our efforts and see their neighborhoods, or at least somewhere close by. 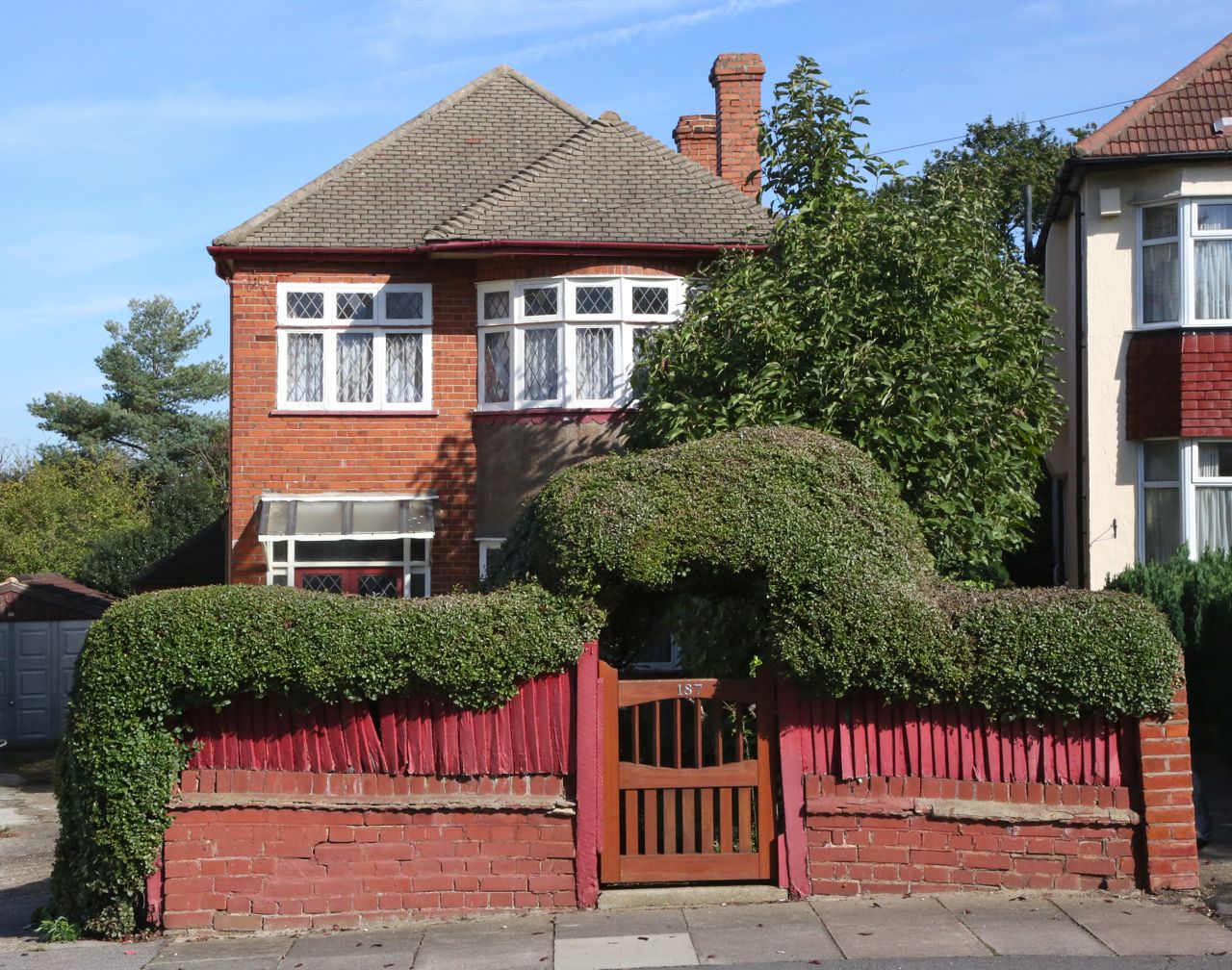 So I've combed through the spreadsheets of the streets photographed so far, and found several IG and HA postcodes -- that's far east and northwest London, respectively -- that have not been covered at all.

I've made it a mission to visit those areas and collect at least ten photos from each postcode. 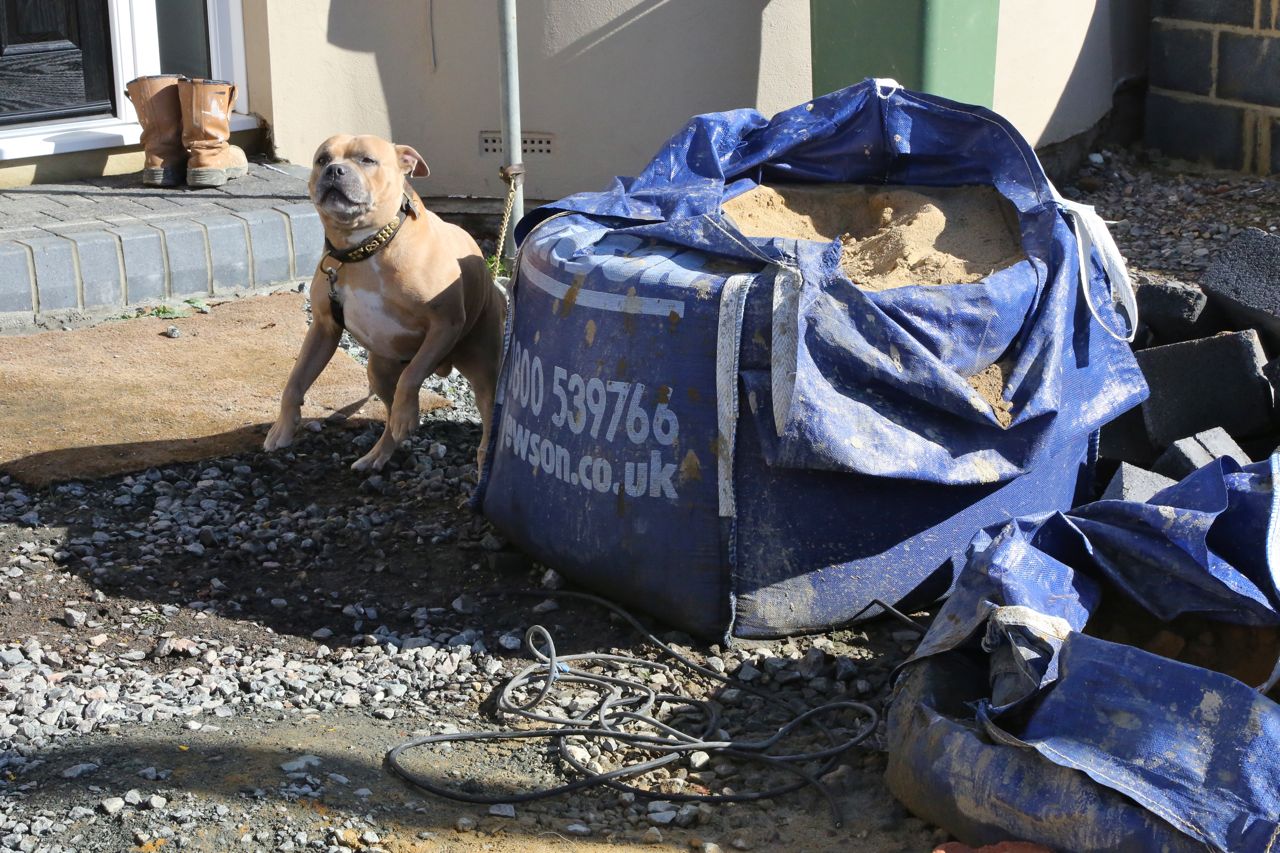 Yesterday I went out to east London and shot most of the IGs. I couldn't even begin to tell you how far I walked! I ambled through five different postcodes and collected photos from each one -- about a hundred pictures in all.

It was very suburban, and quite chi-chi in some areas. I heard one woman calling to her husband inside their posh house to "go see why that bloke is in the street taking photos." (I wasn't even photographing their house!) I called out that I would be happy to answer any questions, but no one ever emerged to ask them. 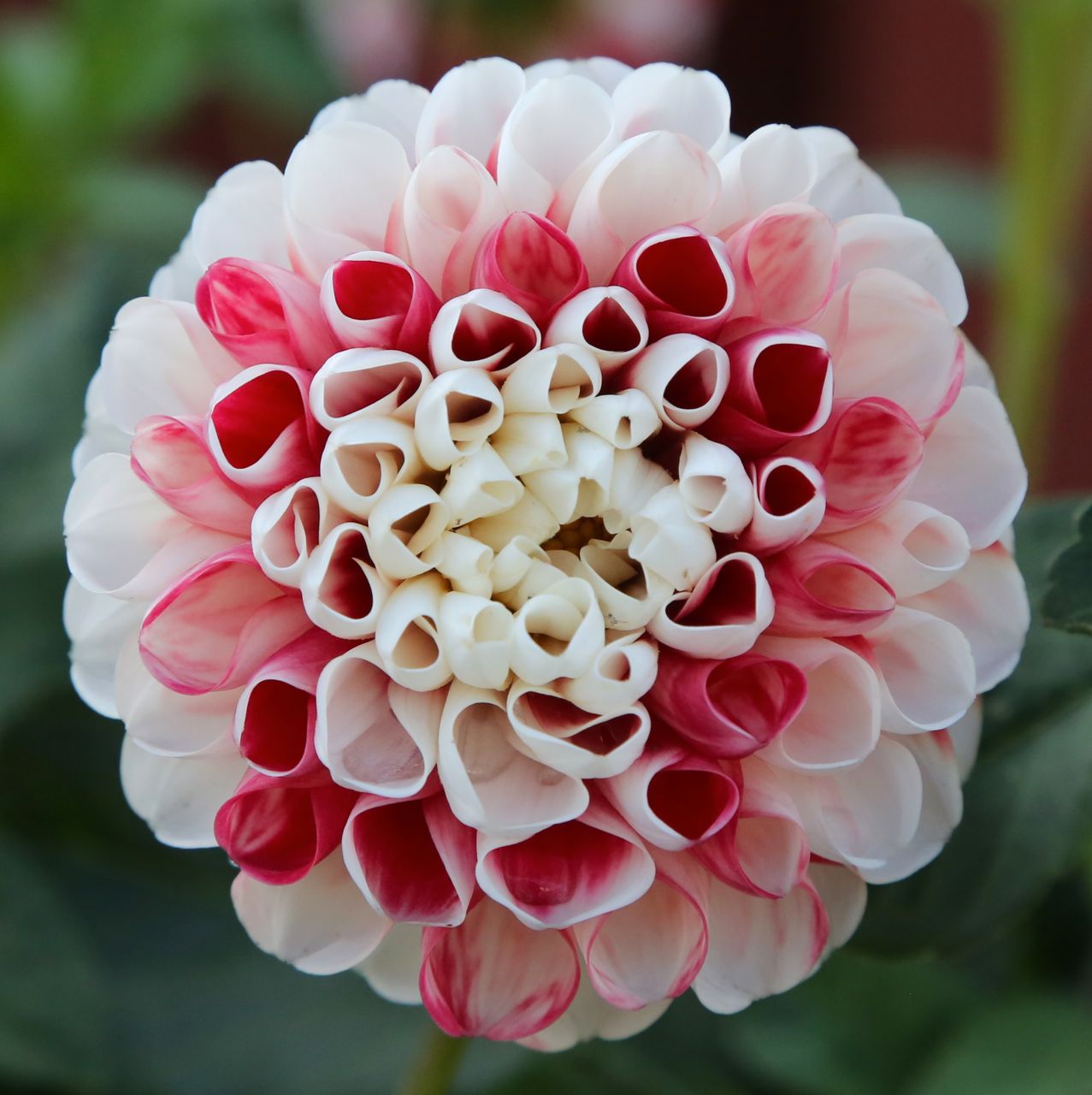 As it was suburbia, there were tons of inevitable flowers... 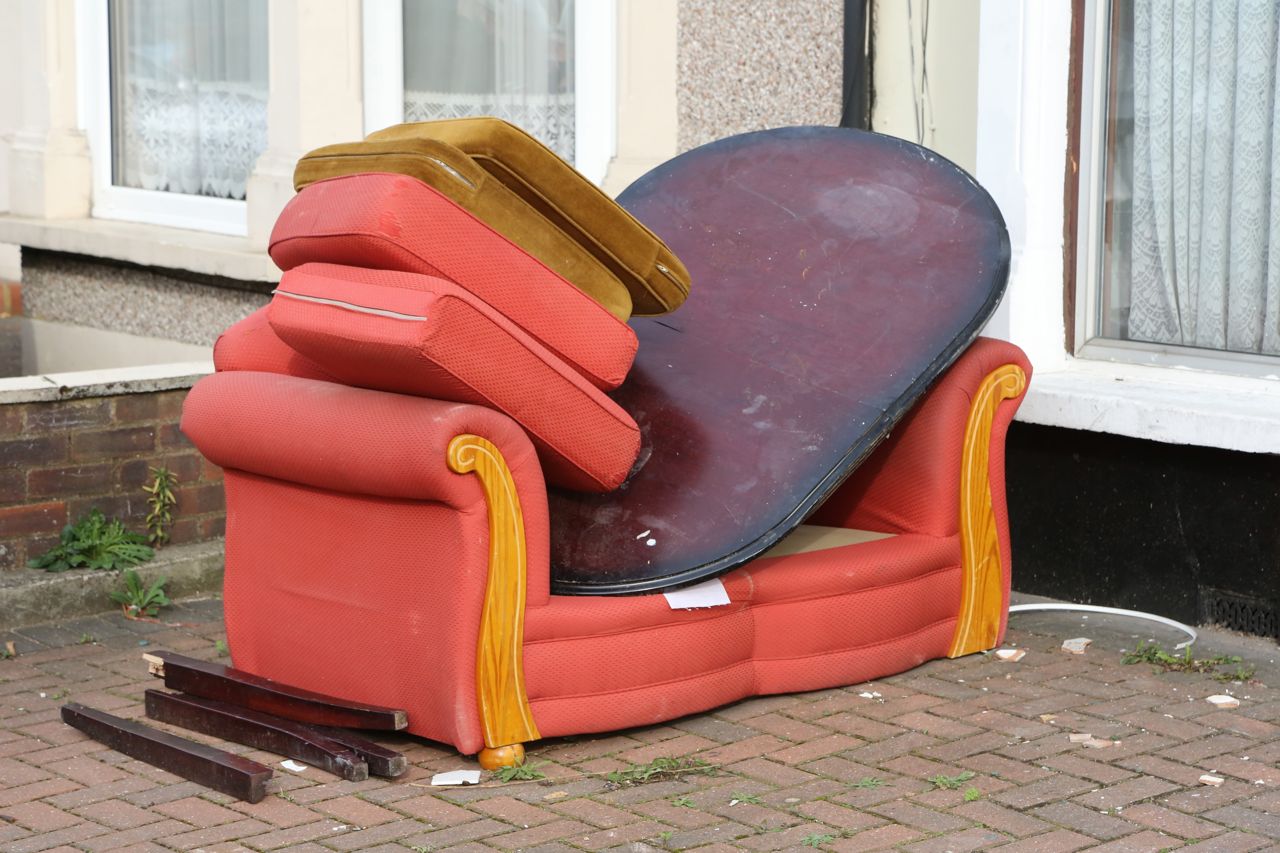 ...and there was discarded furniture... 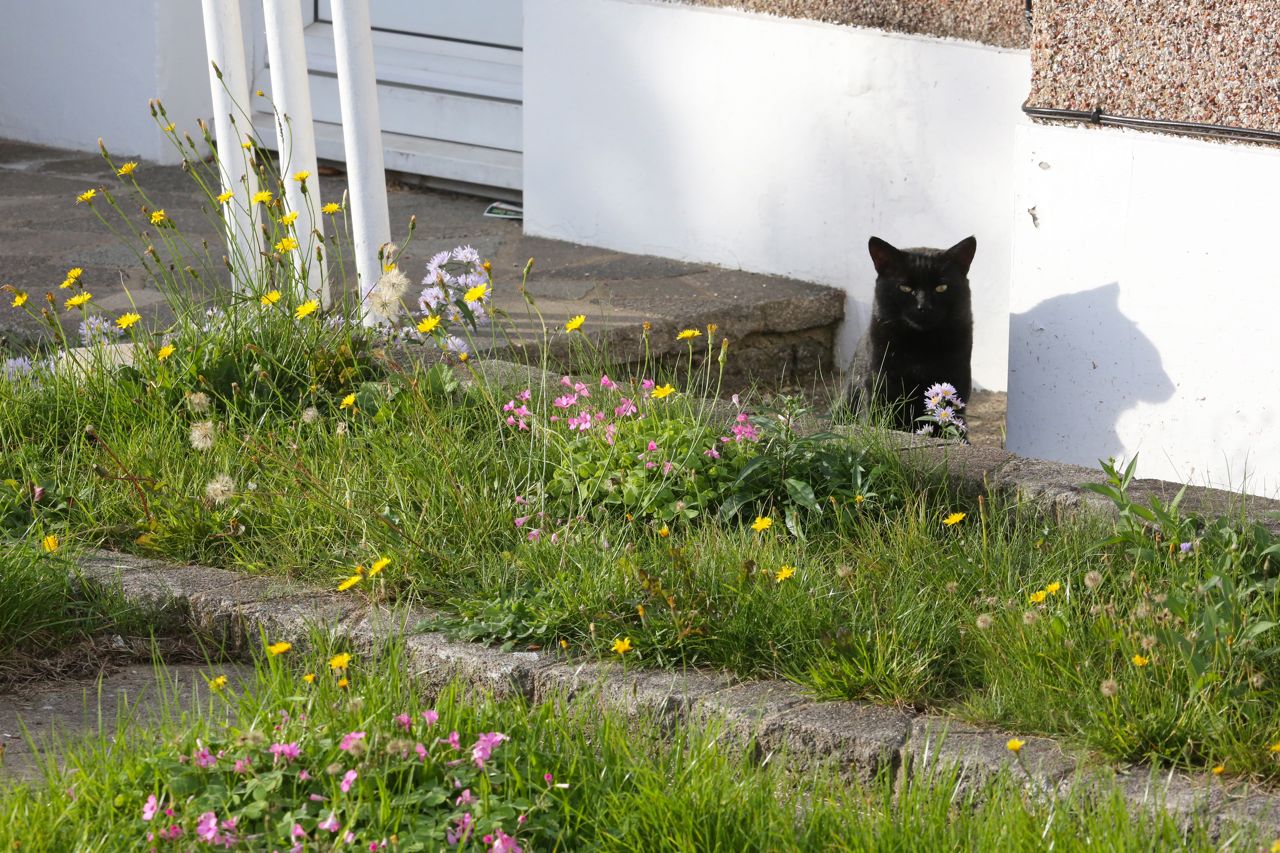 ...and of course, there were cats.

It was also staffy dog territory, as you can see from the dog photos above. Seems like every dog owner had a staffy. I think we found Olga's ancestral home!

Anyway, I was out literally all day -- eight hours. Hopefully all the walking did me good, but then I ate a greasy fish & chips lunch at a neighborhood chippie, and that probably counterbalanced any healthful effects.

Today we're going to have rain, supposedly, so I'm staying home and resting.

*The organizers have announced that Bleeding London will have a "soft ending" at the end of October. Apparently we can continue to shoot for some weeks after that, and contribute photos from uncovered streets. But I'm still trying to do as much as possible by the official deadline.
Posted by Steve Reed at 7:51 AM