Jiro, and a Selfie 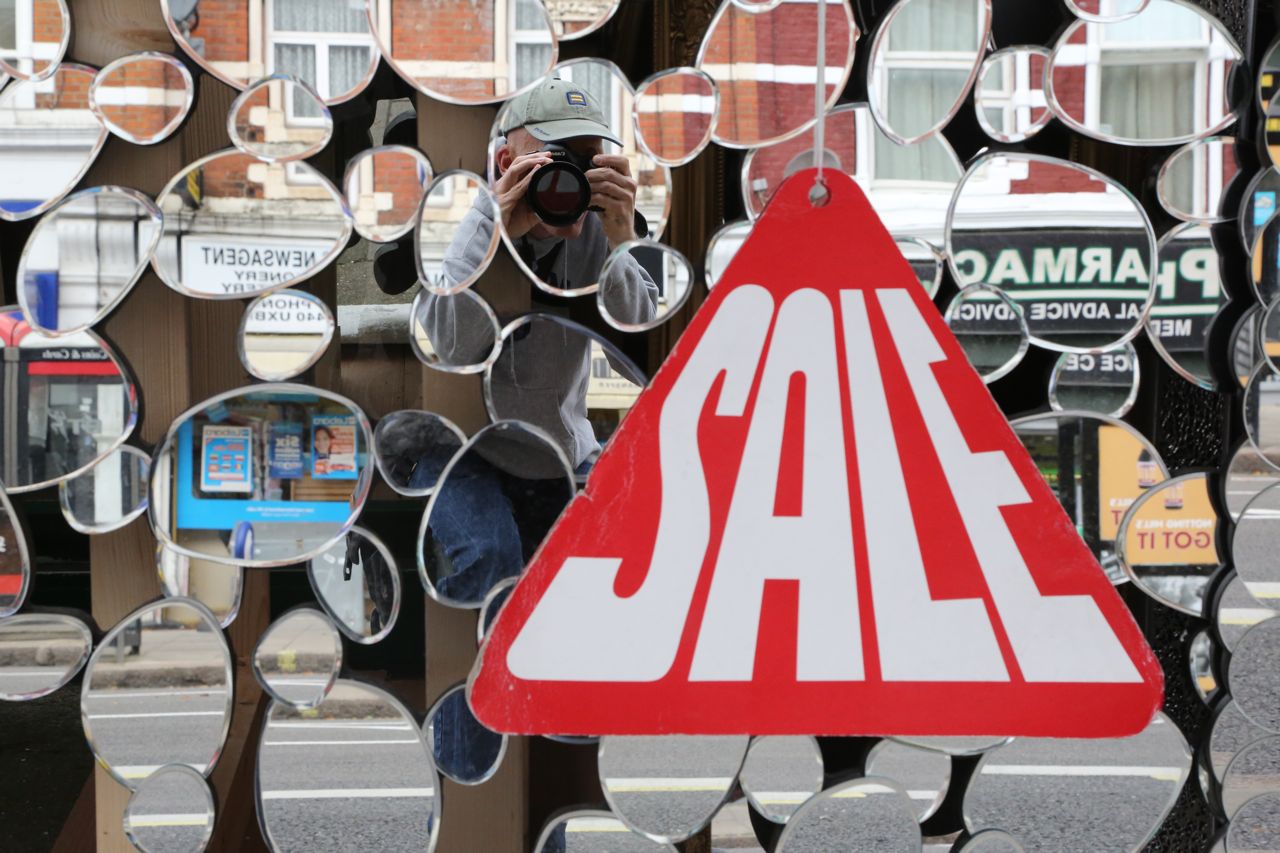 Yesterday turned out pretty well. Same old story -- walked a million miles, took a million photos. This is one of them -- a fun little self-portrait in a decorative mirror outside a shop in Shepherd's Bush. I dig this mirror, actually. Maybe I should have bought it. I think it might be on sale.

Today is more of the same -- my last big push to get photos done before the deadline for Bleeding London. Off to Romford!

Last night Dave and I watched a terrific little documentary called "Jiro Dreams of Sushi," which you should see if you haven't already. It's about an octogenarian sushi chef in Tokyo who has become acknowledged as the master of his craft, and his efforts to prepare his son to take over his tiny, Michelin-starred sushi restaurant in a Ginza subway station. He has what seems to me like a very Japanese approach to life -- maintain a routine, immerse yourself fully in your work, challenge yourself, master your technique. It's inspiring no matter what your craft.

But be warned: It doesn't end well for the tuna.
Posted by Steve Reed at 6:54 AM