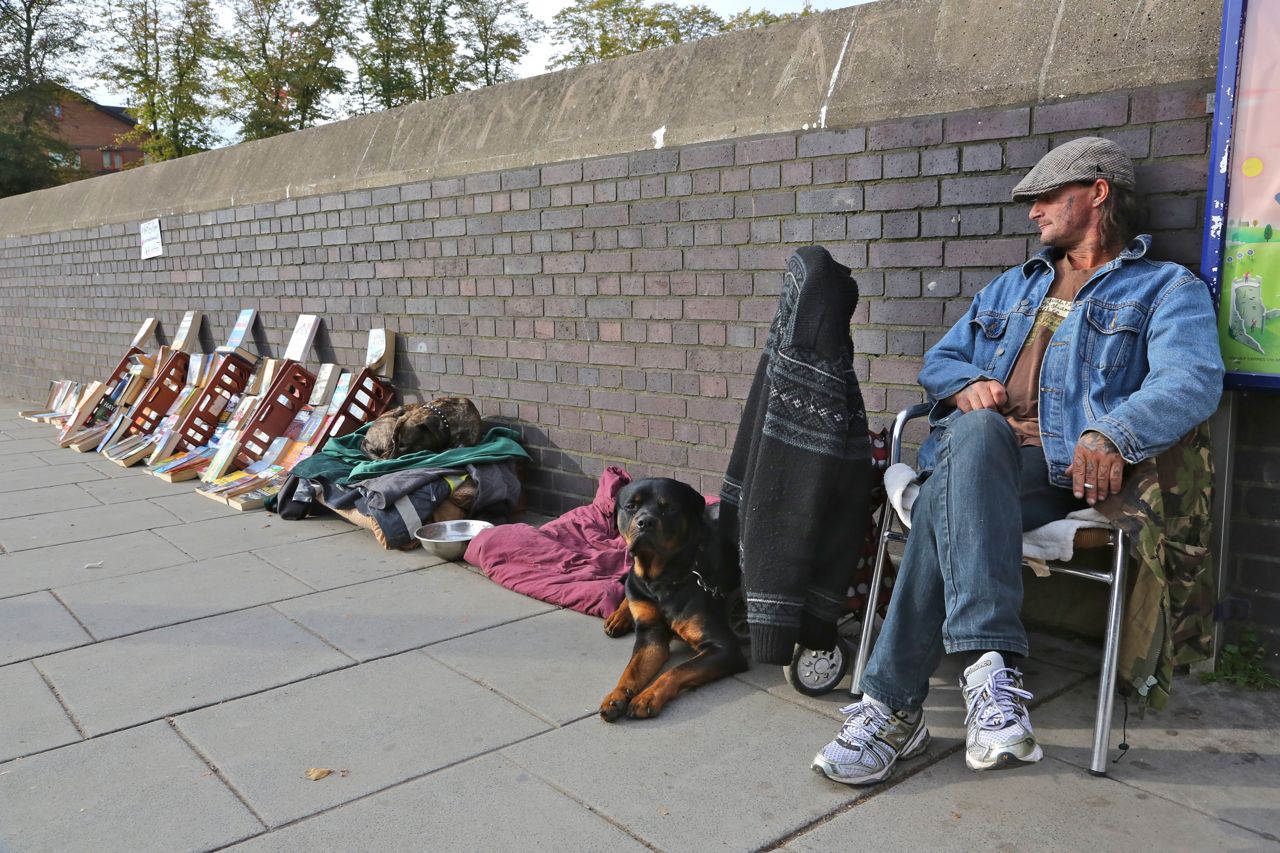 This is John, who sells used books near the West Hampstead Thameslink rail station. He sets up on the sidewalk with his three-legged staffy Sugar, who's lying on her green mat in the background. On this particular day he also had his friend's big black dog Rocco with him.

Sometimes he has interesting books, and he lets you pay whatever you think the book is worth -- I think I gave him £2 for "Gone Girl."

I've often thought John would make a good picture, but he's usually surrounded by masses of pedestrians on the sidewalk. Finally, on Sunday, as I was on my way out to the HA postcodes, I caught him at a quiet moment. I browsed his books and bought a slightly sticky Penguin Popular Classics edition of "The Moonstone," a thick Victorian tome by Wilkie Collins that I might or might not eventually read. (According to the dust jacket, Collins was "a master in the art of the English detective novel," and this particular book brings "a sense of attending upon the birth of the detective story.") I paid £3 for it, and then asked for a photo. 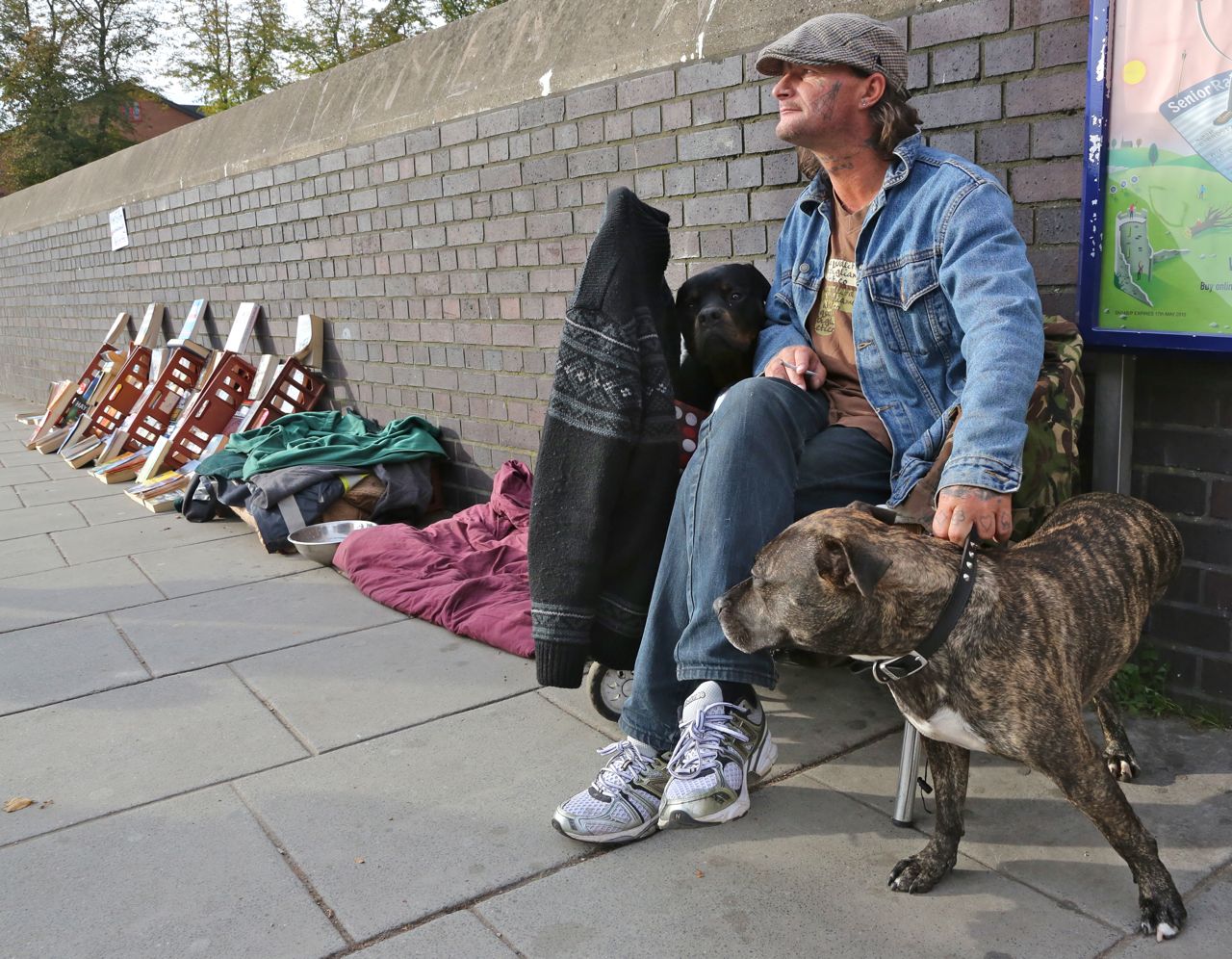 Then I asked if Sugar -- who really is very sweet, by the way -- could stand up and join him. He called her over -- she's very agile, despite her three legs -- and I took a few more shots. Rocco decided to play hide-and-seek in the background.

John has such a thick accent that he pronounces his name in two syllables -- "Jo-ahn." At first I thought he said his name was Jordan. Finally I figured it out!

Anyway, I'm going to make prints of these two pictures and drop them off for him.
Posted by Steve Reed at 6:40 AM