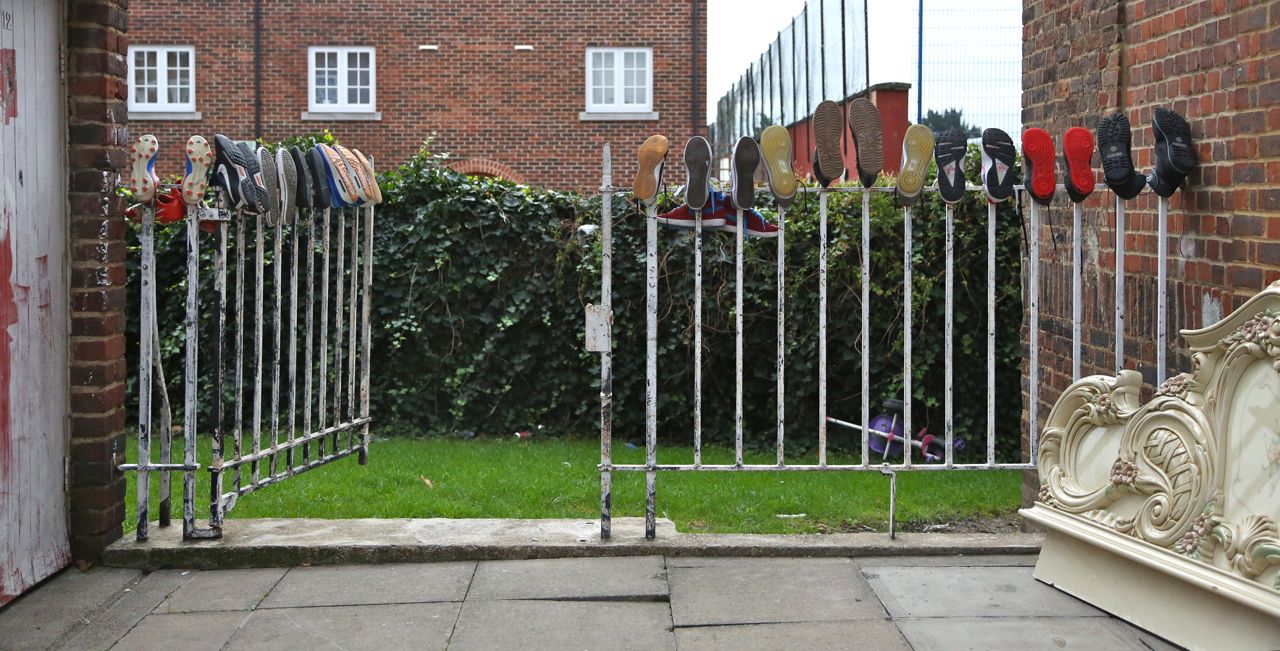 Dave and I have ironed out our Thanksgiving plans. We're going to the Cotswolds, and we're bringing Olga! We found a bed & breakfast that accommodates "well-behaved dogs," and Olga usually fits into that category unless she's trying to dig a hole in the bed and tearing up the sheets. Which has been known to happen.

Anyway, it's nice to have a plan. Dave has talked about the Cotswolds for ages, since hearing about the area from a coworker. I've felt a little skeptical, fearing it would be chock-a-block with tourists, but maybe not in November. In any case it will be good to finally go, and hopefully the weather will cooperate (ha!) so we can get some outdoor time.

Meanwhile, we have Halloween to contend with -- but not really. The British don't do much for Halloween. I've seen nary a jack-o'-lantern in all my walks around town, although the produce store on the high street does have some huge pumpkins sitting outside, mainly for decoration, I think. There were lots of twentysomethings in costume -- or "fancy dress," as the English say -- on the tube over the weekend, either going to or coming home from Halloween parties, I suppose.

My brother mailed me his customary bag of candy corn (for $16 -- postage has apparently remained constant in the past year). Unfortunately this one got a bit ground up in transit, so it was more like sticky candy-corn grits by the time it reached me. But I took it to work and put it in the staff lounge, and like any food left in the staff lounge, it was devoured.

Here's the backstory on the Queen's residence in our library, which I wrote about yesterday: A parent who volunteers with us, shelving books, happened to tell me that she had a life-size cardboard figure of the Queen folded up in a closet, left over from a party. "Bring her in!" I said, thinking the kids would get a kick out of her. So the parent complied. The kids seem mostly bewildered, though -- "Why is the Queen here?" they say. I just reply that she keeps me company. They must think I'm a sad old character.

My boss came into work early one morning and was startled by the Royal Personage lurking in the dark. So she posted a picture on Facebook, taken before she turned all the lights on, and her friends took it seriously. "Wow!" they all said. "You met the Queen!" We couldn't believe it. Even if the Queen did come to school, would she really be standing in the library in the dark?!

(Photo: Shoes on a fence in Shepherd's Bush, last weekend.)
Posted by Steve Reed at 6:35 AM