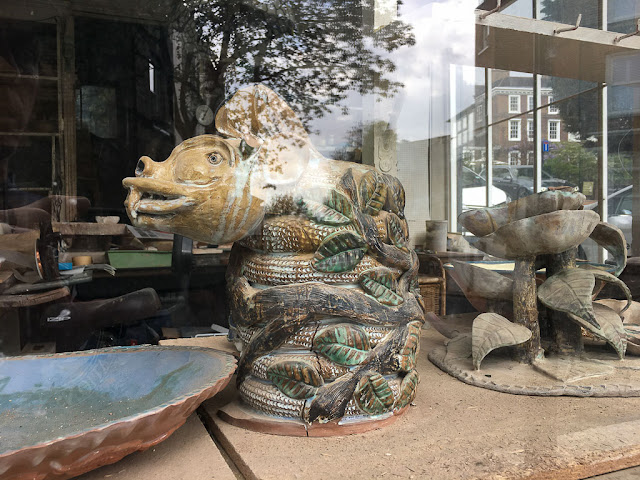 We must be having sunspots. Out of the blue, my computer and my camera aren't speaking to each other, so I can't download any pictures except from my iPhone. And our kitchen light blew out last night, so now we need a light bulb, and meanwhile I have to pack the dishwasher in the dark!

Speaking of which, last night I was up late trying to restore all the artwork in my iTunes library. For some reason, when I got my new computer and moved my iTunes over, a lot of the album art didn't come with the music. I have no idea why this happened. Last night I ran an automated "fetch the artwork" function in iTunes, and that worked for a lot of the albums -- but not all. About 30 were left with no art, and some had the wrong art. So I fixed those manually. I realize this truly is a first-world problem, but I enjoy looking at album cover art -- don't you? One aspect of vinyl records that I truly miss (possibly the only one) is that they provided such a big canvas for artwork and liner notes. 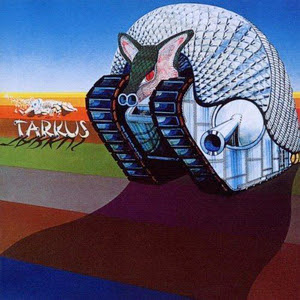 What's your favorite album cover? Here's one of mine from childhood -- the cover of Emerson, Lake and Palmer's "Tarkus." My dad and stepmother had that album and I was really into that mechanized killer armadillo. Kind of a Transformer before there were Transformers, you know? Inside the gatefold was a pictorial story in which the armadillo fought a lion with a scorpion's tail. I don't think I ever actually listened to the music.*

I took Olga to Hampstead Heath again yesterday. In fact, we did our Four Heaths walk, across all four parts of the Heath, and Olga was exhausted when we got home. She slept all evening and all night and she's sleeping now.

Meanwhile, all of nature is reproducing like mad. Pigeons seem to be nesting in the neighbor's climbing rose -- the one that looms over our patio in its most overgrown state. I've seen one clumsily flying up there clutching twigs in its beak, and disappearing into the foliage. Yesterday I refilled the bird feeder with mealworms, which I'd stopped using over the winter because the birds didn't eat them quickly enough -- and as I write, two starlings are squabbling over them. Everyone has babies to feed!

*Addendum: I just listened to it on iTunes. To enjoy it, you might have to be high.

(Photo: A vessel shaped like a coiled snake in the window of a pottery studio in Hampstead, seen on our walk yesterday. I've been passing this thing for years and always meant to photograph it. It looks like it cracked in the kiln, which is a shame, but it's still pretty cool!)
Posted by Steve Reed at 6:44 AM