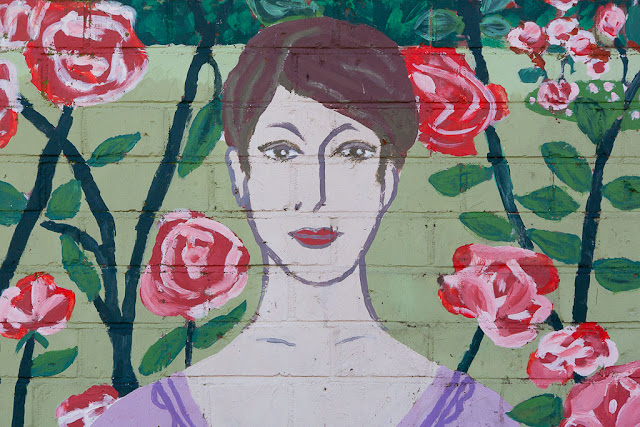 My cold is hanging on, thanks for asking. It's still not very severe -- I don't have a fever and I don't feel too bad -- but my nose is stuffy and itchy and I have a cough. It seems to evolve each day, migrating in intensity from my throat to my nose to my chest. Hopefully it will soon depart.

I'm still going to work, because as I said it's not much of a cold. Most people looking at me wouldn't know I'm sick. I figure if I keep my hands washed (and fortunately we have a sink in the back of the library for just that purpose) I won't spread it around. Insha'allah, as the Muslims say.

(Insha'allah, by the way, is one of the handiest expressions ever invented. I heard it used a hundred times a day when I lived in Morocco. It means "God willing," and can be applied to virtually any situation. It can be an expression of hope or intention, or a response to an invitation or request -- and it commits one to nothing. It's right up there with y'all in terms of useful words.)

Some of you pointed out that in yesterday's post I focused heavily on blue and purple flowers. That was kind of accidental -- we really do have other colors too. The daffodils have largely faded but we have yellow forsythia and primroses in several colors, including yellow and red. Our white candytuft is blooming now, and I'm continually fighting a pigeon who likes to eat the flowers. Every once in a while I look out the glass doors and there he is, pecking away. I didn't have this problem in previous years!

Dave and I need to renew our visas again this year, and because we'll be coming up on six years in the UK, we apparently need to apply for what's called "Indefinite Leave to Remain." It's essentially a green card that lets us stay and work indefinitely. It's a bit of a hurdle because it includes a test based on life in the UK, and I'm told that this test -- even if one reads the Guardian and toured Parliament and paid attention in history class -- is a challenge. My boss, who's taken it, said they ask obscure things like how many people are on the supreme court in Northern Ireland. Good Lord! So I bought the test prep books, which hopefully are being mailed as we speak, and Dave and I will be studying up. I'm kind of looking forward to it, actually. I love geeky stuff like that.

(Photo: Daisy Parsons (1890-1957), a suffragette depicted in a mural at the Hermit Road Recreation Ground in East London.)
Posted by Steve Reed at 6:40 AM