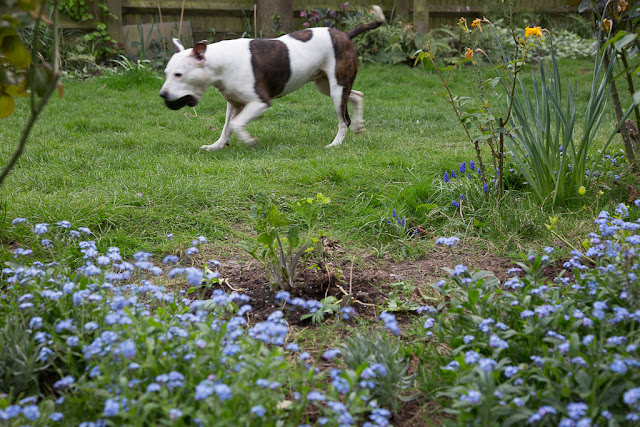 Here are just a few shots of the garden, which is looking very springy these days.

First of all, the light blue forget-me-nots, which are plentiful around the roses. They're one of my favorite spring flowers. (Olga is oblivious.) Behind them you can see our newly planted sea kale, which we previously kept in a pot in an effort to keep slugs from devouring it. It didn't prosper there -- apparently it needs lots of root space -- so we're trying it in the ground again. 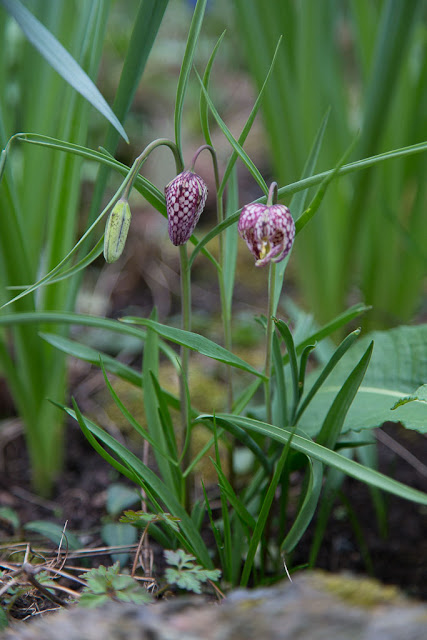 Our snake's head fritillary has re-emerged, much to my surprise and happiness. Remember how the squirrels decimated it last year and even ate some of the bulbs? I thought sure it was a goner. This year they haven't bothered it, knock on wood. 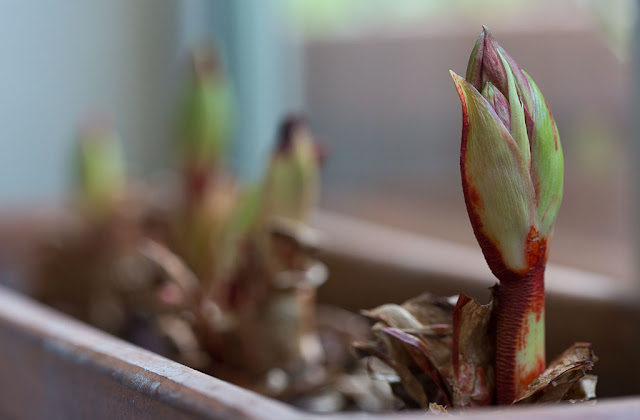 Our four amaryllis bulbs have all sprouted, but for some reason the stalks don't seem to be growing much. They are a few weeks behind this year, so we'll see what happens... 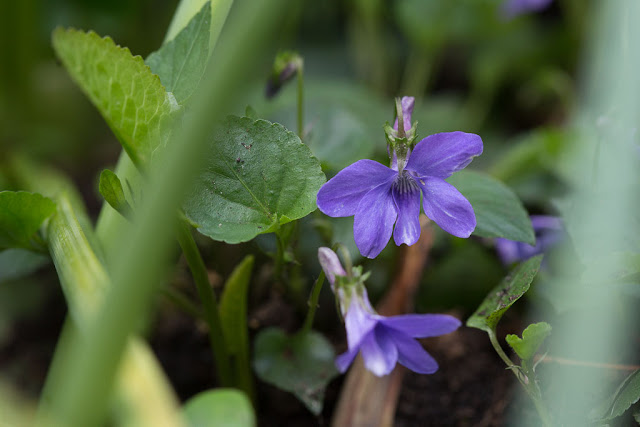 And finally, violets have taken root in our horseradish pot, entirely of their own accord. The horseradish has also sprouted, as you can see at left behind the daffodil leaf. Dave was talking about trying to harvest some of the horseradish over the winter, but we held back, partly to preserve the violets. I'm glad, though the horseradish itself may be outgrowing its pot -- it wasn't quite as vigorous last year as in years past. 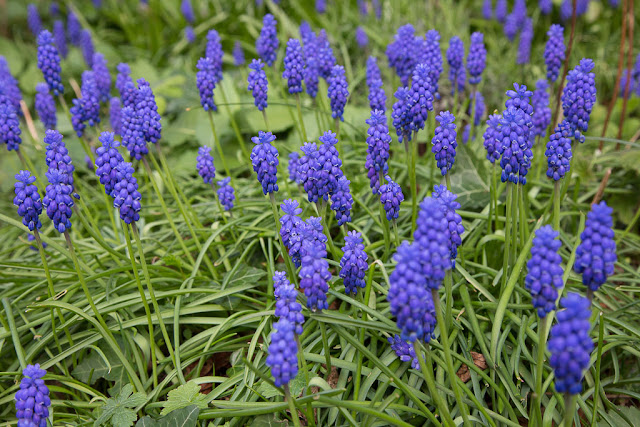 And finally, no early spring garden report would be complete without the grape hyacinths, which have carpeted the area beneath our hazel tree. They spread like crazy, even growing up in the concrete cracks on our patio. They and the forget-me-nots just take care of themselves, coming and going each year with no intervention from us!
Posted by Steve Reed at 6:12 AM