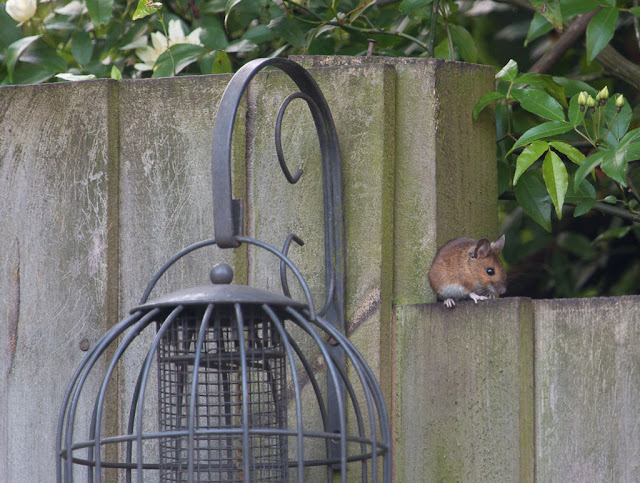 A mish-mash, today, of pictures I've been meaning to blog...

First of all, Martin the mouse is back! Dave spotted him on our peanut feeder a couple of evenings ago. He's very tiny and moves really fast, so getting a photo of him isn't the easiest thing. (And of course there's no way of knowing whether this is really Martin or any one of his or her no doubt many relatives. As far as we're concerned, they are all collectively named Martin.) 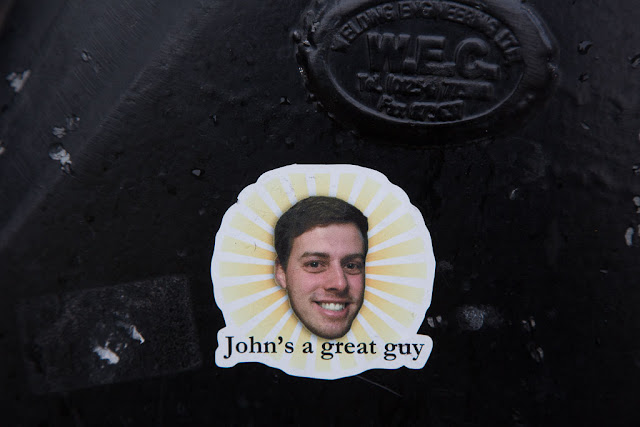 A random sticker I found in Newcastle. I've been unable to figure out whether John is someone I should know from popular culture...? In any case, he's apparently worth knowing, because he's a great guy! 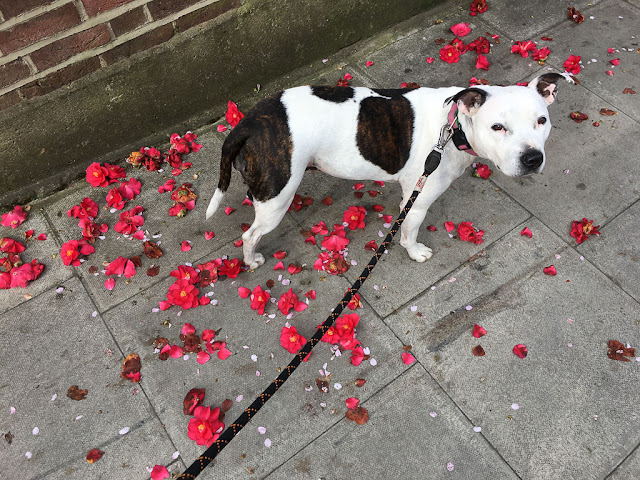 Olga, looking sheepish on a carpet of flowers. She doesn't understand why I make her stop walking every once in a while and point a black metal box at her. 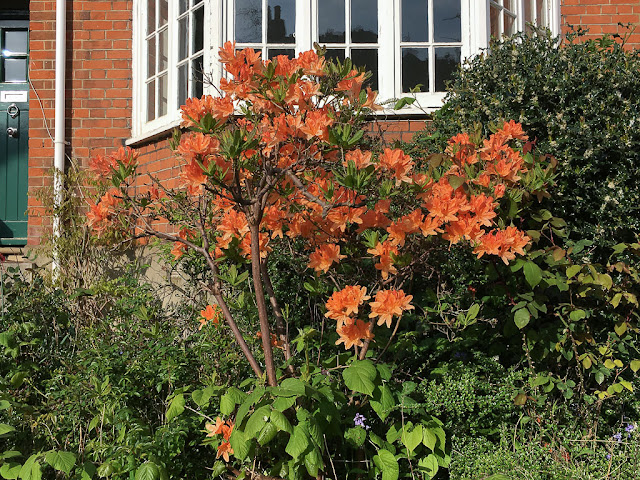 The orange azalea down the street is blooming. I really like this plant -- it's such an unusual color -- but it looks a bit twiggy and sparse so I hope it's healthy. The surrounding garden is pretty much doing its own thing! 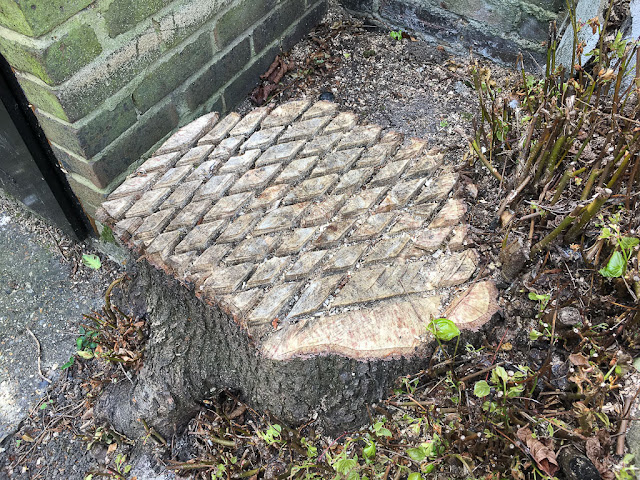 I pass this tree stump on my way to work every morning. Did whoever cut it down make that pattern just to be decorative? Or does it better ensure the death of the tree? I wonder. 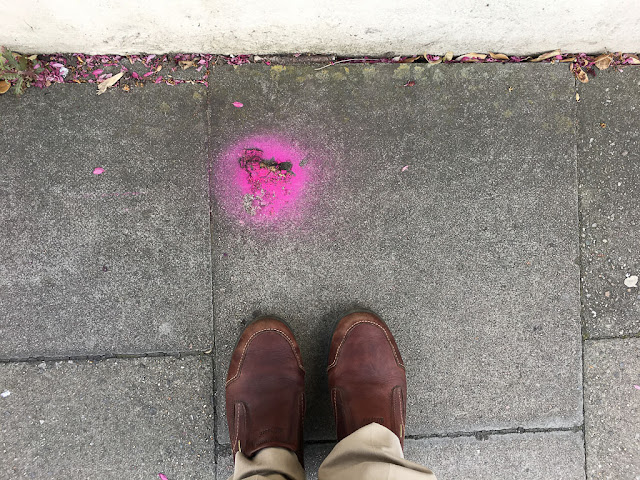 For some weeks now I've been noticing that someone's walking around the neighborhood spraying dog poop pink. This seemed very curious until I looked online and learned that it's actually a project by local government. Residents can request cans of pink chalk spray to "embarrass" dog owners into cleaning up after their pets. Frankly, I'm dubious about this plan's effectiveness. I don't think people who leave dog droppings behind are going to be easy to embarrass. 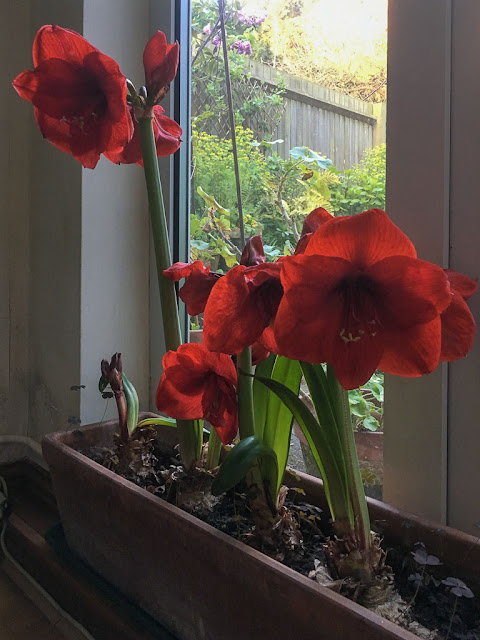 Finally, our amaryllises are blooming -- well, all except that poor shriveled one in the back. They still look stunted and weird, but at least we got some flowers. I bought an antifungal to treat them, and at the end of the season we're going to lift the bulbs are replant them. Hopefully next year's crop will look better!
Posted by Steve Reed at 7:13 AM