So here's something a bit different for the ol' blog.

I saw in the news this morning that the Soviet poet Yevgeny Yevtushenko died yesterday. I actually met Yevtushenko when I was a budding journalist at the University of South Florida. He came to campus to speak, and I covered his appearance for the student newspaper. I remember being excited about the opportunity to see him, because I was into poetry and some of his work had been featured on Joan Baez's album "Baptism," which I'd swiped from my parents' record cabinet and knew very well.

This morning I went to my files and dug out my original article, which, miraculously, I still have. And look -- it was published thirty years ago, almost to the day! 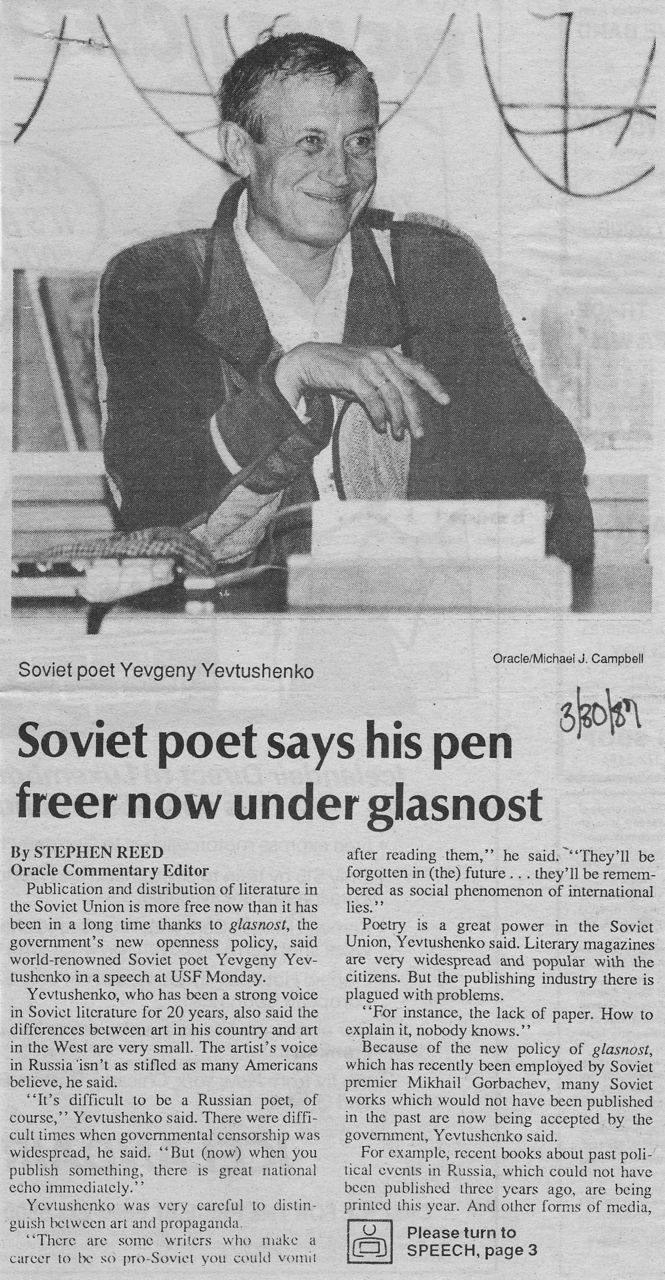 It's curious that I called him "a strong voice in Soviet literature for 20 years." He'd been around longer than that! Even that Joan Baez album was almost 20 years old by this point.

Anyway, I remember speaking with him briefly after his appearance and getting his autograph. He signed a manila folder I was carrying -- I don't have the autograph anymore, but as I recall he wrote "Yevtushenko" and a series of symbols, including a hammer and sickle.

And there you have it -- my Cold War brush with fame!
Posted by Steve Reed at 7:29 AM