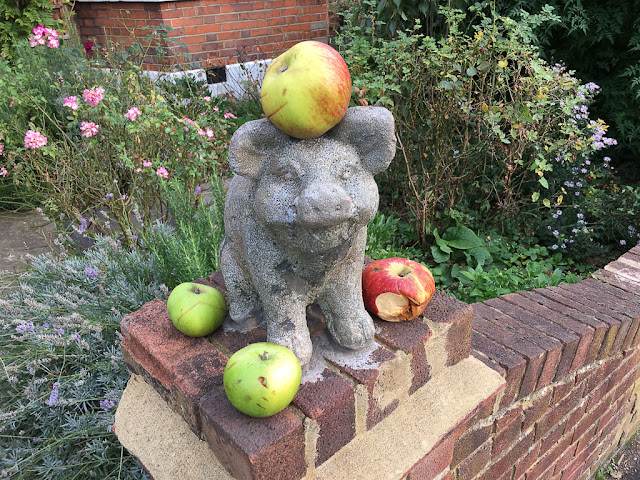 After my last iPhone photo post, a friend asked me why I specified that the photos were from my phone rather than my camera. "Are you not happy with them? They all look fine to me," he said. Calling them "only iPhone photos" does them a disservice, he thought.

It's not that I'm not happy with them -- in fact, if anything, I'm thrilled with the quality of my phone's camera. But I do think of them more like snapshots, and I group them together because they seem related to me -- things I've noticed while walking around, mainly on dog walks!

Like the pig above, which stands in front of a house on our street. Someone decorated it with fallen apples from a nearby tree, which always roll around in the road at this time of year. 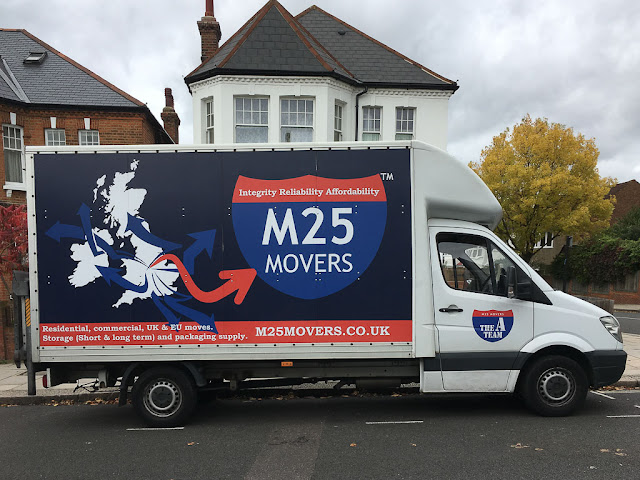 Here's a colorful moving truck I found in my neighborhood. The M25, also known as the London Orbital Motorway, is a superhighway that circles the city. The style of the sign caught my eye -- I'm pretty sure it's an American interstate highway sign, not one that the British use. (Am I wrong about that, British drivers?) 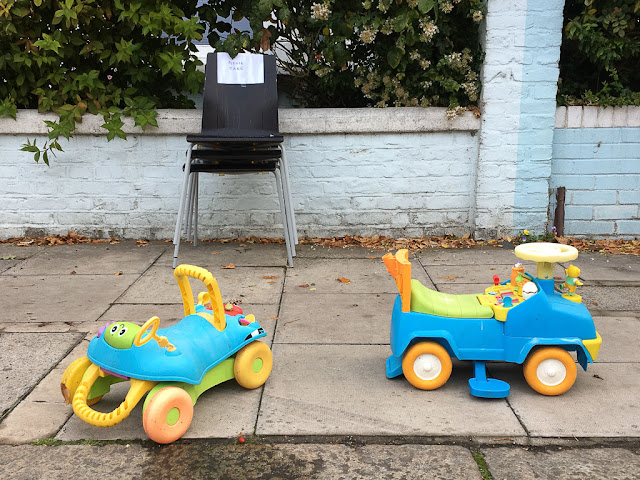 More free stuff -- some chairs and some big plastic toys. 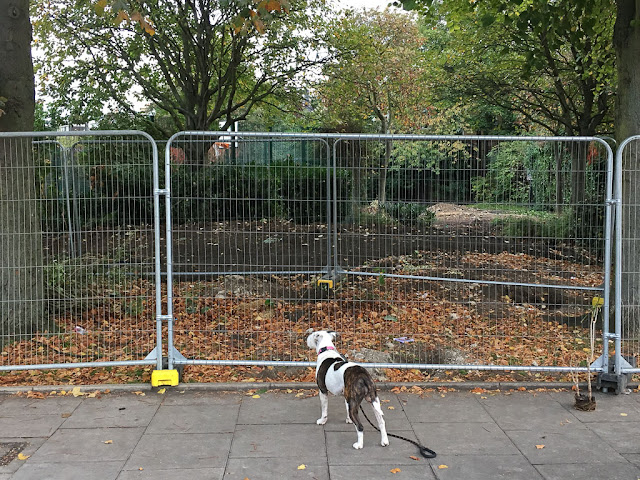 This is the playground where the "color box" used to stand. I photographed Olga there a couple of times. The big climbing structure with the colored plastic panels has been removed and the whole park is being renovated.

See the forlorn houseplant sitting on the pavement at the right? I rescued it from someone's trash can. That's the one I had to buy a pot for a couple of weeks ago. It lives in our dining room now, though it's still looking pretty sorry. 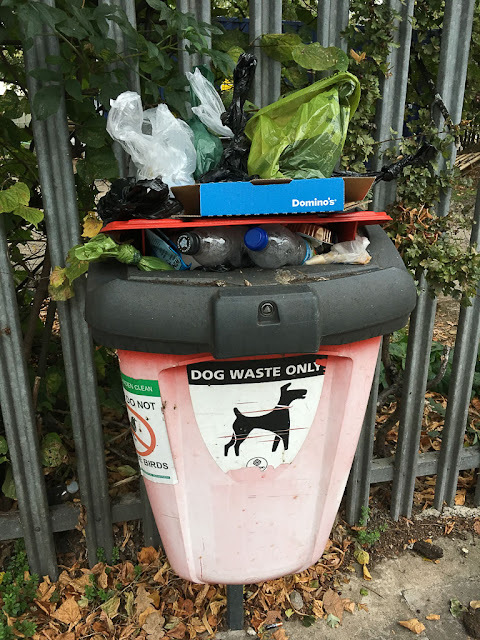 What we have here...is a failure to communicate.

Seriously, these street bins are emblematic of the struggles that London has with rubbish. They're always overflowing and  disgusting. 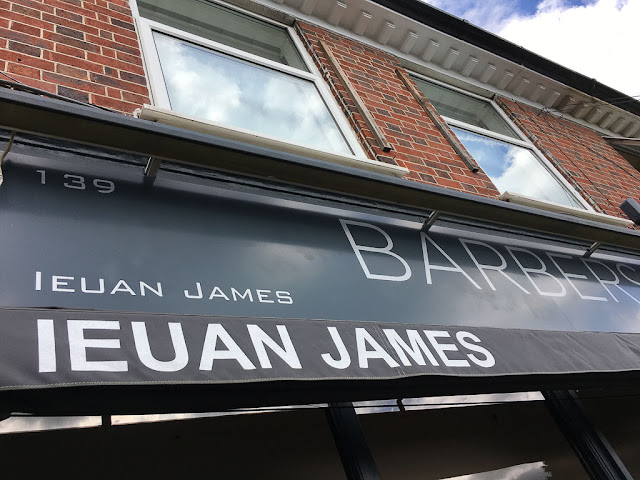 I passed this guy's barber shop on one of my walks. I've never before seen this spelling of that name. Almost all the vowels! I think he should change it to "Ieouan," just for good measure. 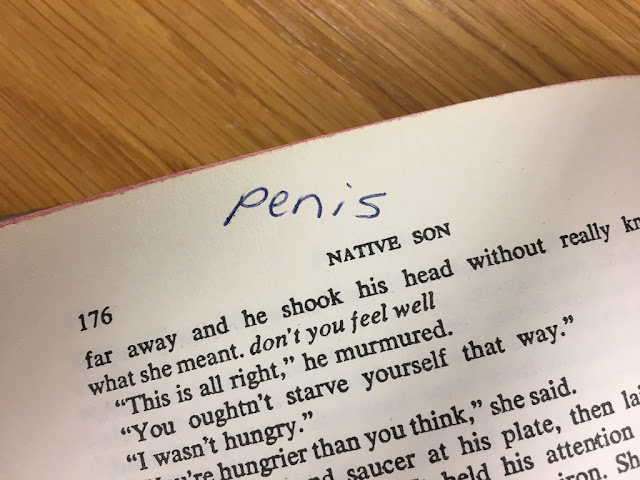 Found this in a book in the library. Why?!

The mysteries of the teenage sense of humor... 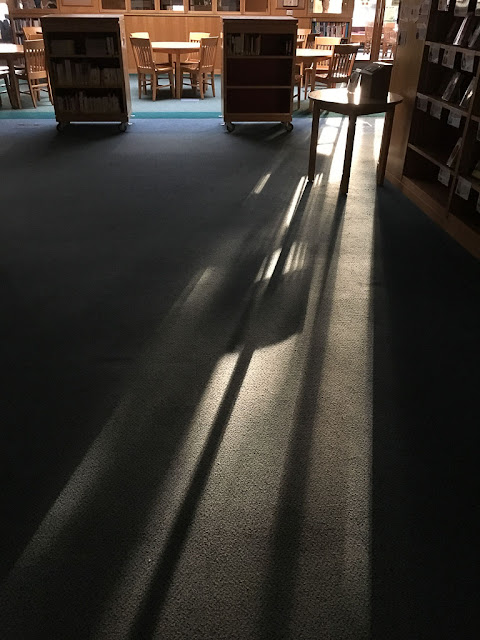 Also in the library -- the evening sun shining across the floor, just as I was locking up. This was a couple of weeks ago and now it's already darker when I close the library at 5 p.m. 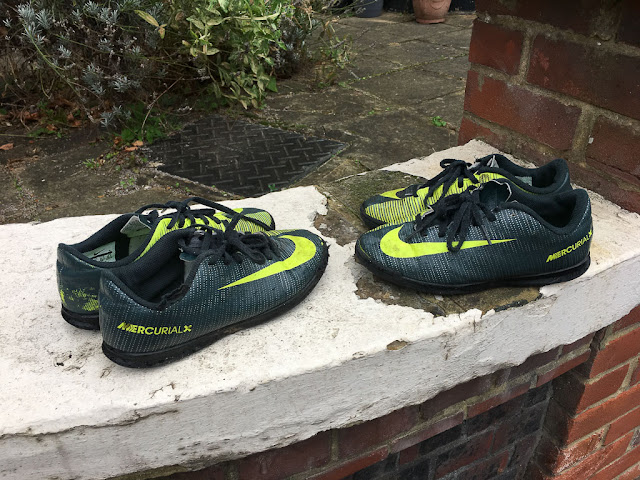 And finally, two pairs of free shoes on a wall near our flat. I've found matched pairs of shoes here before. Maybe twins live there?
Posted by Steve Reed at 6:36 AM