Purging the Plastic, and a Dirty Coin 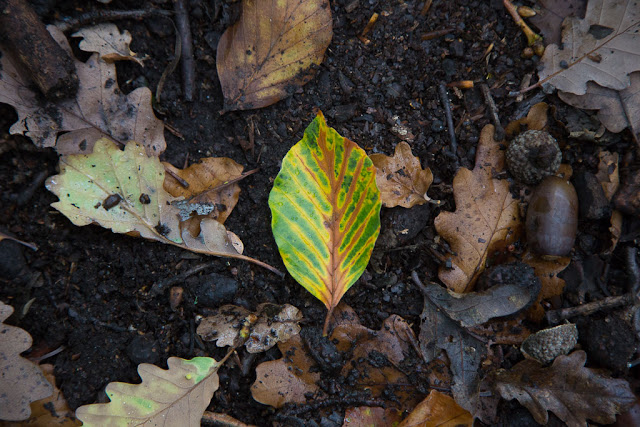 Well, now I know I'm crazy. It's 6:05 a.m. and I've just been cleaning out the kitchen cabinet where we store all our leftover containers. I just couldn't stand it anymore! We save containers from take-away food delivery, because they're usually really solid plastic and they can be reused. But we must have had about 500 of them! (OK, I'm exaggerating -- more like 35, and for some reason way more lids than bodies.) Some of those things I know we moved from Notting Hill 3 1/2 years ago.

I put all but ten of them in the recycling bin. But now I'm thinking I might put them in a bag and stick them up in one of our "forgotten" high-up hallway cabinets, with the inflatable bed and the cheese board and the crepe pan and the fondue set that we still haven't used. I just can't stand to throw away that much plastic.

What prompted this so early in the morning was the simple task of putting away the dishes from the dishwasher, which is usually the first thing I do when I get up. I opened that cabinet, came face-to-face with that wall of plastic and thought, "Uh-uh. This has to stop now."

I Skyped with my mom yesterday, for the first time in ages. I haven't been able to reach her since before Hurricane Irma -- she went into a taciturn mode where, if she responded to my e-mails at all, it was with a handful of words or a single ambiguous sentence. And she forgot our previously scheduled Skype call. I was getting concerned, but my brother assured me she was fine, and sure enough she is. She says the schedule at the retirement center where she lives keeps her busy. Which is good.

Anyway, I heard about her evacuation to that Bible College in Georgia and her trip to a lighthouse and maritime museum in St. Augustine. The side of her face has a dramatic bruise because she fell while walking with some friends to a diner near her apartment, but other than the bruising, fortunately, she was OK. 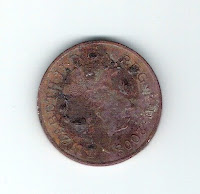 Did I mention that I took my metal detector up to West End Green last weekend? I thought I'd try it in a public place -- somewhere other than our garden, where, as you may remember, my finds weren't all that stellar. I didn't want to dig on the green -- after all, it is a park -- but I wanted to take readings and see what the detector picked up. Well, I can see this detecting is going to be a challenge. There's so much metal junk in that park that it beeped every two inches! There's no way I could reasonably discern a coin from a bottle cap or a pull tab. I guess I need to practice in a less rubbish-congested space.

I thought I might find a coin or something, just on the surface of the soil. But no. And then, walking Olga yesterday, I found a 2p coin (above) lying in the dirt -- using only my eyes. So my record is actually better without the detector than with it!

Tomorrow Dave and I have a tree crew coming to take down that spindly holly tree in our garden and do some trimming. I'm seriously thinking of leaving so I don't have to watch. I think it will stress me out, having those guys dragging branches through the garden and stepping on our plants. It might be better to come back later, when the damage has been done.