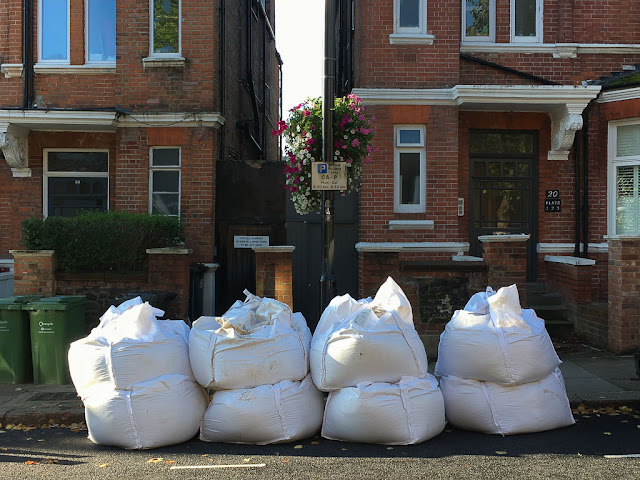 Because I have pretty much nothing to say today, how about another round of iPhone photos?

First, some bags of construction sand, looking like big marshmallows on the street. It's interesting how in Britain, sand or gravel for building projects is delivered by the bagful, at least in the city. I can't remember how that worked in New York, but I don't remember seeing big bags like this. 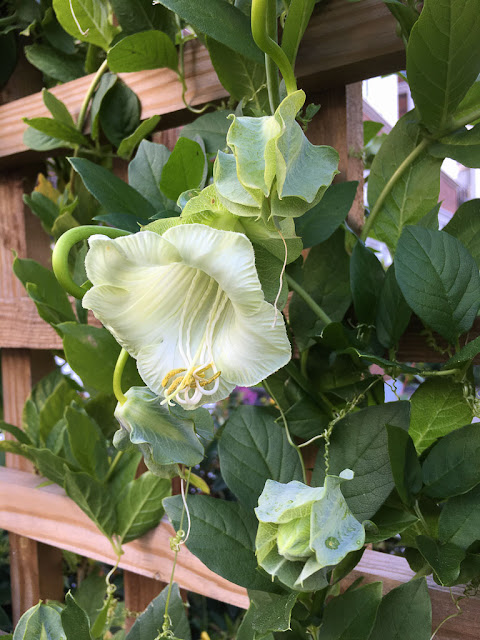 I came across this vine while walking home one day about two weeks ago. I had no idea what it was, with those greenish flowers. Turns out it's called a cup-and-saucer vine (Cobaea scandens). 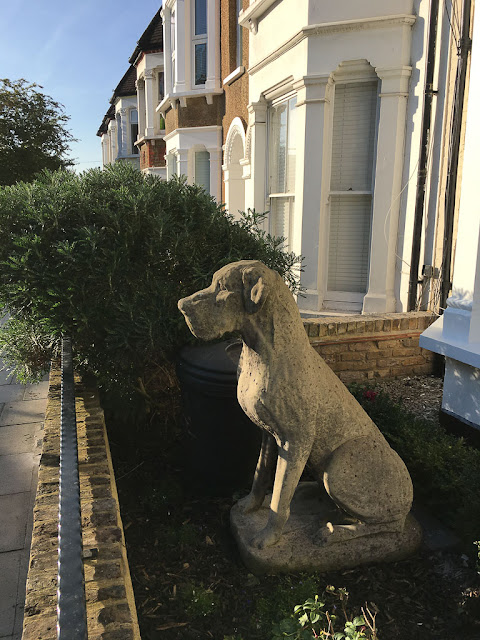 I was out walking Olga one morning when we were menaced by this concrete guard dog. Not very effective, it seems to me. 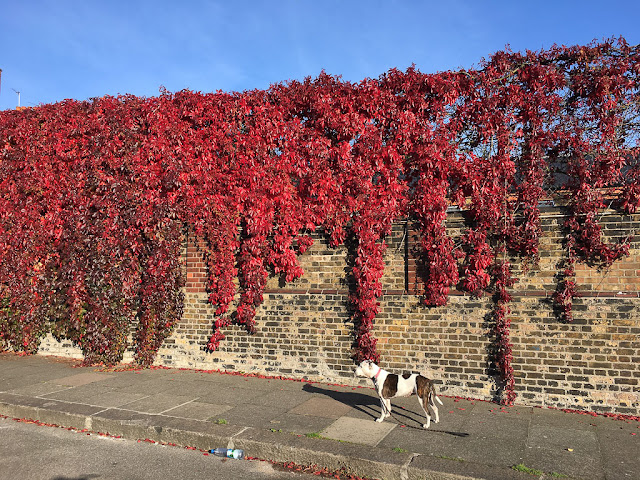 Some of you correctly identified the vine in my photo two days ago as Virginia Creeper. There's quite a bit of it in London, where it's appreciated for its brilliant fall color. Here's some more, even farther along in its seasonal color change.

(When I posted this photo on Facebook, Dave wrote "Virginia Creeper" in the comments. Another friend replied, "How dare you! Her name is Olga.") 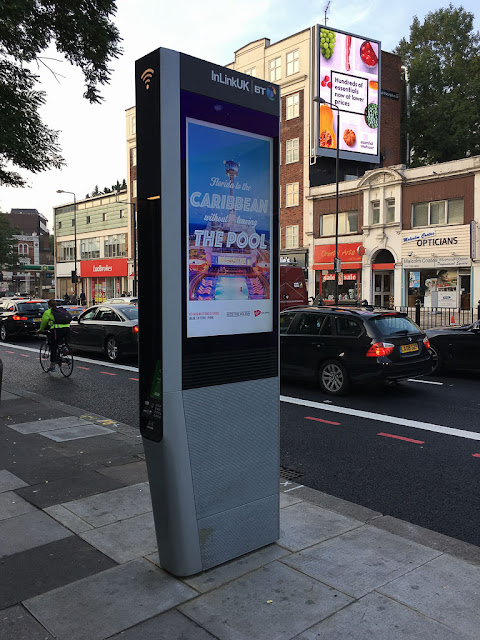 Remember the big 2001 monolith on Finchley Road? Well, it's been unveiled, and I still don't entirely understand what it is. Apparently you can charge your phone here, make free calls and use it as a WiFi point, among other things. BT says it's the new version of the phone booth. 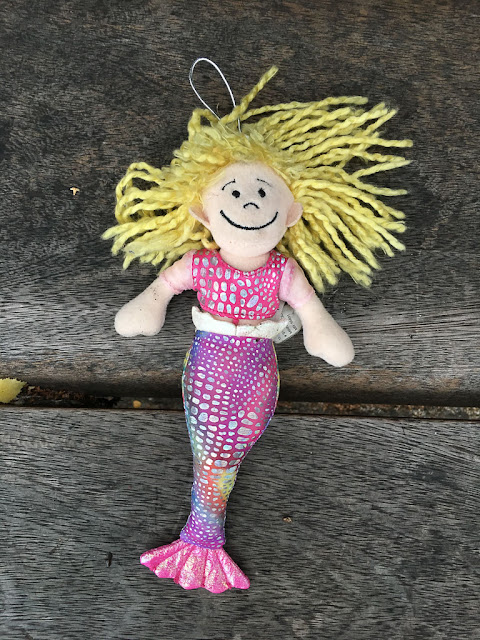 A lost mermaid, found on a bench in West Hampstead. 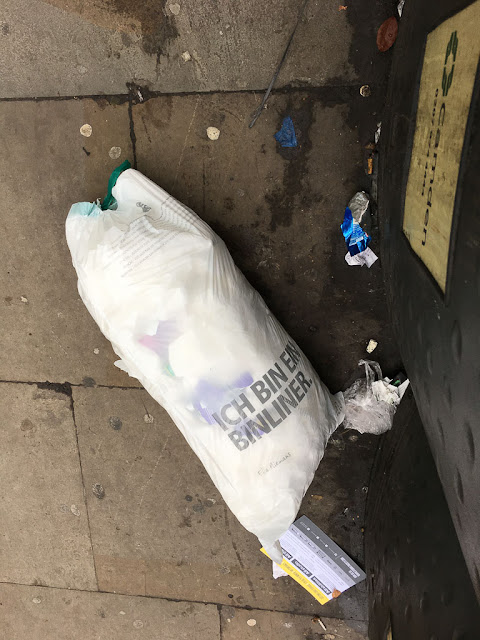 Don't we all appreciate a garbage bag with a sense of humor? 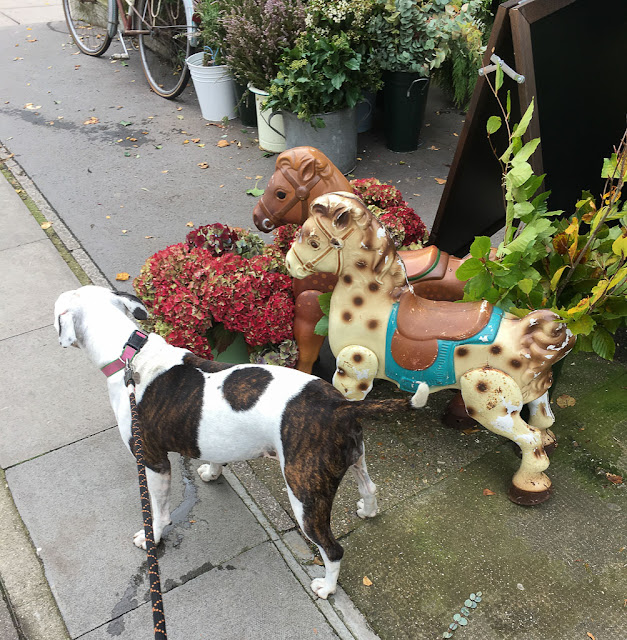 And finally, Olga blending in with some street wildlife in front of a florist's shop in West Hampstead. (The same florist with the saggy shelves.)
Posted by Steve Reed at 7:17 AM