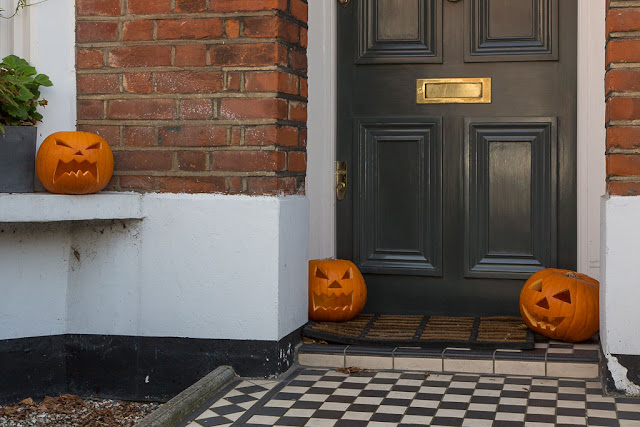 Happy Halloween, everybody! As I'm sure I've said in the past, Halloween isn't much of a thing in our house. Dave and I usually huddle in the back room in the dark, watching television, to discourage any prospective trick-or-treaters.

I haven't had a trick-or-treater come to the door in years and years. I couldn't tell you the last time -- maybe in the mid-'90s when I lived in Florida. I remember some kids came to my apartment in Venice and, trying to be a proponent of healthful eating, I gave them little boxes of raisins. When I told my friend Sue about this later, she was horrified. "They're going to key your car!" she said. But they never did. I wonder if they ever ate the raisins. 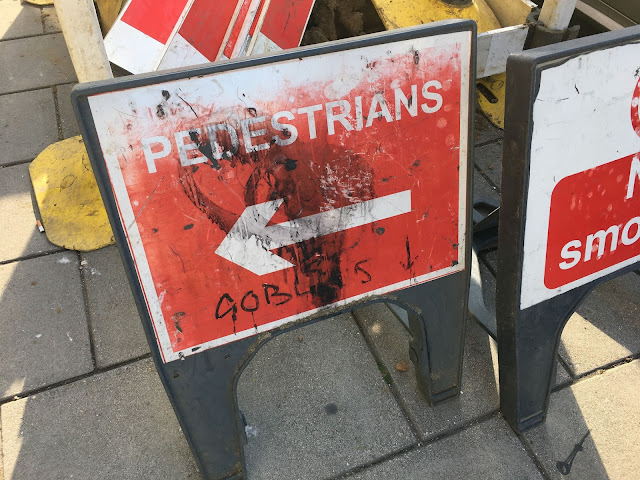 We've had some amazing weather over the past few days. I went out yesterday at lunchtime for a sunny walk around St. John's Wood with my camera. It was nice to feel the sun on my face on a workday! I may do it again today, if the weather cooperates.

As I lie here in bed writing, with Olga by my side, there's something in our garden making very strange Tarzan-jungle sounds. I think it's a bird -- it's too consistent to be a fox. Or maybe it's a goblin?

Speaking of goblins, the news has certainly been eventful -- charges in the Trump/Russia investigation (yay!) and an accusation of sexual misconduct against Kevin Spacey. (In case you missed it, the actor Anthony Rapp says Spacey put the moves on him at a party in the mid-'80s, when Rapp was 14 years old.) I'm annoyed at Spacey for using this charge as an opportunity to come out as gay. Gay men too often get branded as sexual deviants and pedophiles by the religious right, and Spacey has unfortunately bolstered that stereotype. Do I even need to say that it's wrong for any adult, gay or straight, to hit on a 14-year-old?

(Top: Pumpkins in St. John's Wood. Bottom: Pedestrians left, goblins down in West Hampstead.)
Posted by Steve Reed at 6:24 AM