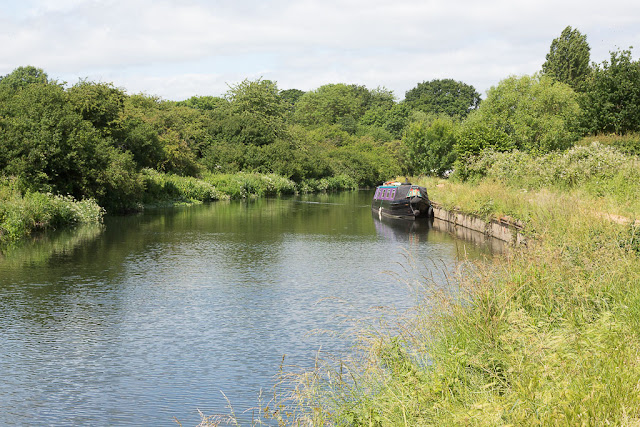 I really wanted to walk another leg of the Capital Ring before I set out for Germany today. I knew if I didn't do it yesterday, it would be at least another week before I had a chance. So I took the tube to Boston Manor and got out on the path.

This might be one of my favorite segments of the entire walk. So much of my time was spent in green landscapes like the one above, along a secluded stretch of the Grand Union Canal and then the River Brent. I had perfect weather -- comfortable temperatures and enough sun to need sunblock. 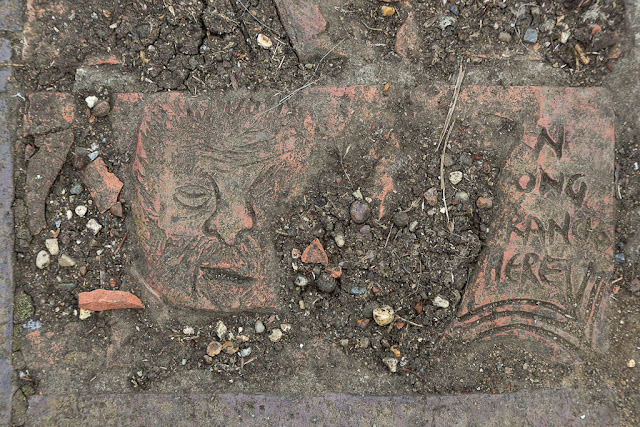 I joined the canal at Osterley Lock, where I sat on a bench and drank a coffee I'd bought at a cafe in Boston Manor. I noticed that some of the paving bricks near the benches had been carved or sculpted, or were molded to include images of bolts, wrenches and even a cassette tape. The bricks were in terrible condition but I could still get a hint of what some of them might have looked like. 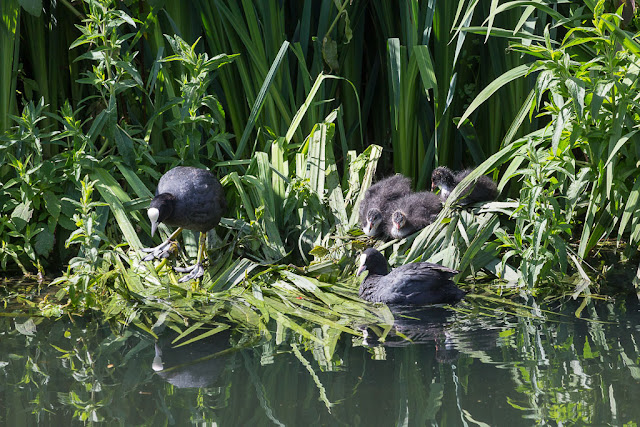 I found a pair of coots along the canal, feeding their three chicks on a nest. 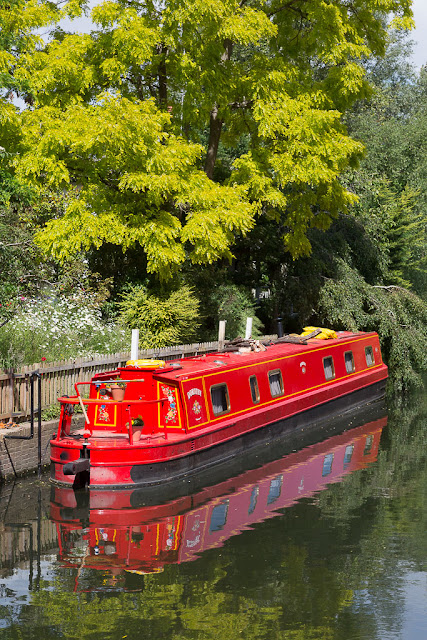 The canal is always scenic, with brightly painted narrow boats moored along its banks. (This one is named "Dorothy.") At this time of year the banks are covered with flowers. 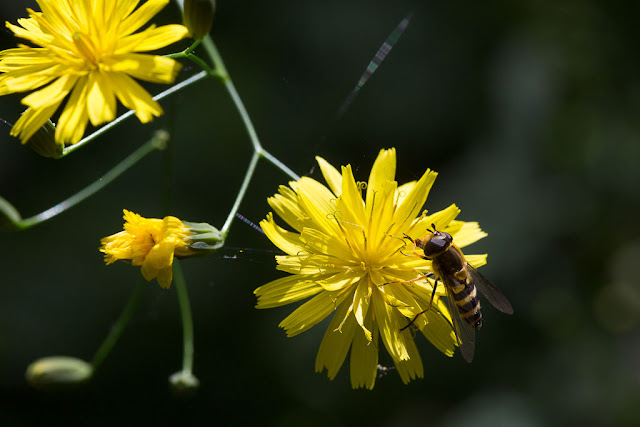 I saw lots of insects, like this hoverfly, as the path led through meadows of hogweed and cow parsley, red poppies and blue cornflowers and yellow blossoms like these. 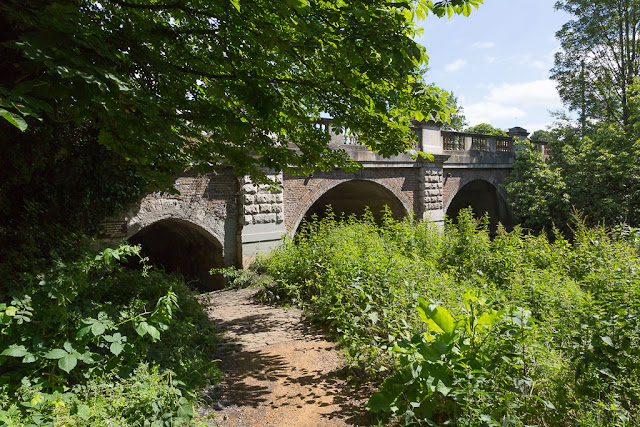 The path led beneath one of the arches of Hanwell Bridge, and apparently sometimes it's under water so there's an alternate route to cross the road above. I managed to take the low road, but it was a bit squishy. According to my map, there's been a bridge here since at least the 14th century, with the present structure dating from 1762 and augmented by later widening. 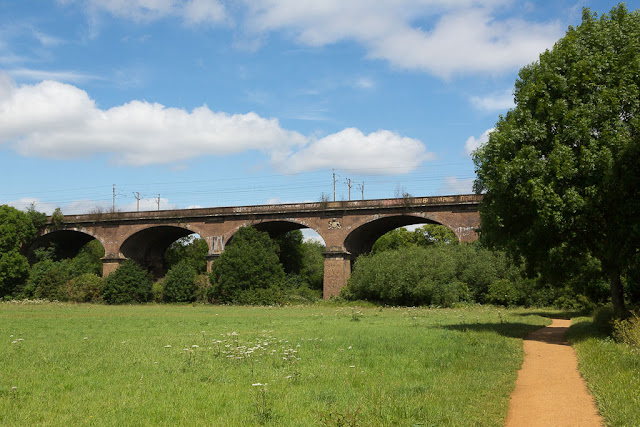 A bit further on, I passed under the Wharncliffe Viaduct, built in 1838 to carry the railroad across the River Brent. It was a product of the fertile imagination of Isambard Kingdom Brunel, who designed many railroad structures in the Victorian era. Queen Victoria herself supposedly stopped her royal train atop the viaduct so she could admire the view.

At a cafe in Brent Lodge Park I ate a vegetarian English breakfast (some people will find that a contradiction in terms) with egg, toast, beans, tomatoes, mushrooms and veggie sausage. I sat out on the patio, where I was joined by a group of teenagers who were clearly on a school trip. Fortunately, they were well behaved! 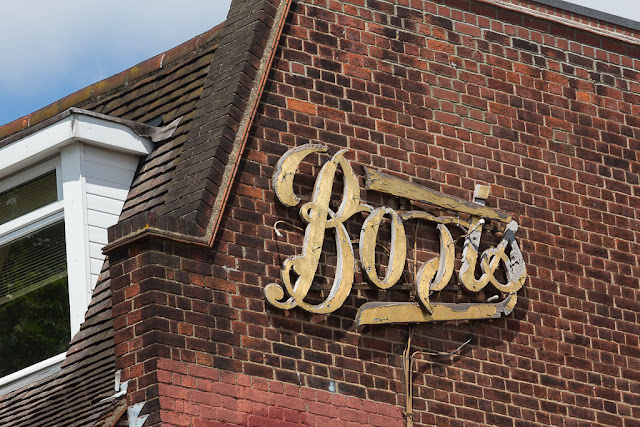 In the town of Greenford, I left the path to wander the high street and found a deteriorated Boots pharmacy sign on the side of a building. (I didn't see a Boots so I think it must be pretty old.) 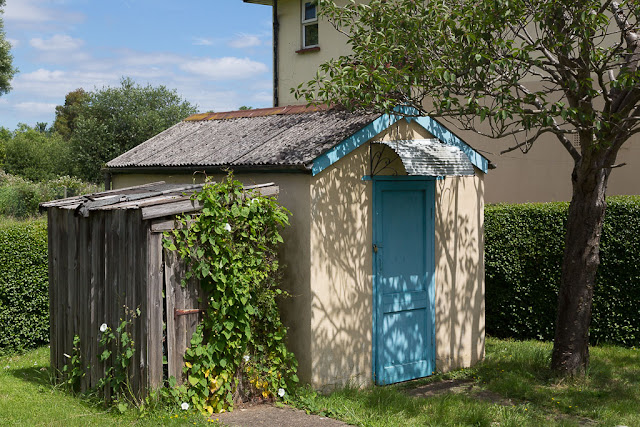 The walk ended at Greenford tube station after 5.8 miles -- one of the nicest walks I've had so far in London!
Posted by Steve Reed at 6:12 AM