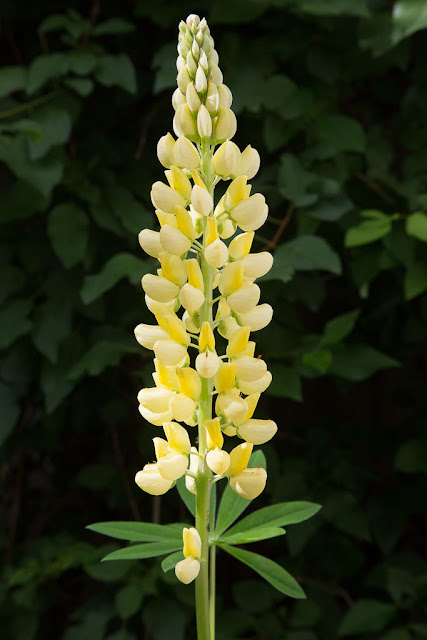 Finally, FINALLY, school is out for the summer. The end of school always seems like such a protracted affair. There are assemblies and parties and speeches and more parties and then a final, all-together-now assembly for staff and faculty -- that was yesterday morning. And that entailed more speeches, and then there was another party, in the school's gym. Wine was served, but I didn't have any. After Wednesday, the very thought turned my stomach.

I ducked out of the party after about half an hour, and came home to work in the garden. I picked up a ton of squirrel-gnawed walnuts from our tree, and deadheaded the roses. I admired our big yellow lupine (above), which is new. For some reason our blue lupine died over the winter, so we got yellow and red ones to replace it. 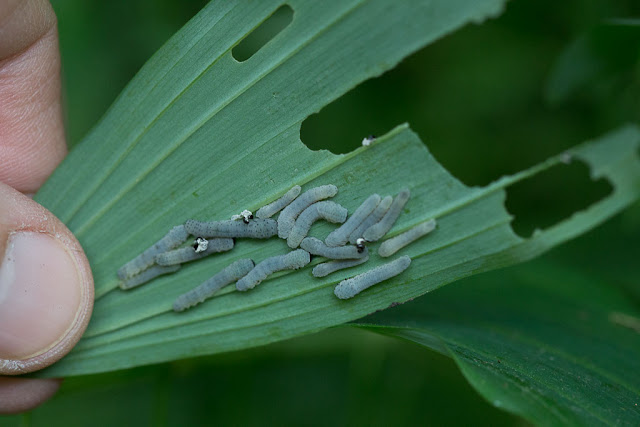 I also discovered our Solomon's seal was once again infested with sawfly larvae, which (as you can see) were making quick work of eating the leaves. We don't spray, so I had to get rid of them the old-fashioned way -- squashing them with a paper towel. Probably the least appealing of all gardening tasks.

I hate to kill anything, and will usually go out of my way to avoid it, but those guys are just too "belligerent and numerous," in the words of Morbo. Well, OK, maybe not belligerent, but certainly destructive. If I let them live our plant would be stripped bare. 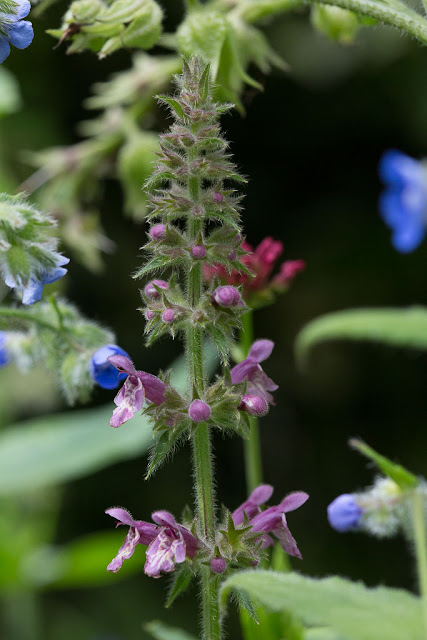 This is blooming now in the wildflower garden, amid the blue borage and the bright pink valerian. I haven't a clue what it is. Anybody know?


Finally, I'm posting late today because I wanted to edit and upload this video from our garden cam. We had an egg in the fridge that was a bit past its expiration date -- still perfectly good, but we thought rather than eat it ourselves, we'd give it to our garden fox. So we boiled it, cooled it and set it out in the back of the garden by the shed.

As you can see, our little fox appreciated it! I'm pretty sure this is the same fox that ventured into our house several days ago. You can see he appears in the video even before I put out the egg -- just his tail, disappearing behind the shed. Then I set the egg out and about an hour later, the fox discovers it and nibbles away for several minutes. (As usual, the dates and times on the garden cam videos are wrong. I just can't be bothered to reset them every time I turn on the cam. The real time was about five hours behind what you see there -- so the fox discovered the egg around 10:45 p.m.)