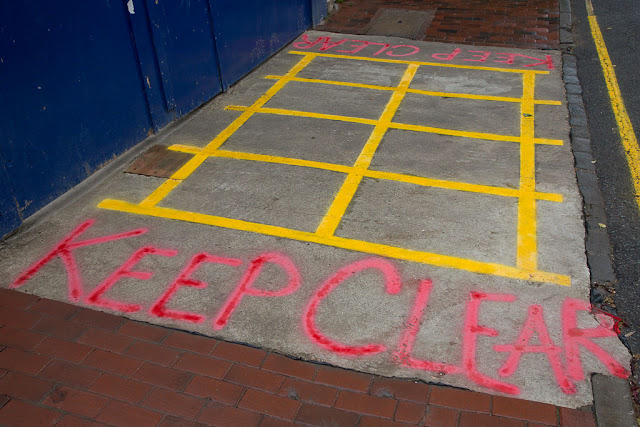 Well, we're down to just one more day, and then it's "No more teachers, no more books!" Today isn't even really a workday. It's our year-end assembly, where we recognize all the people who are leaving or retiring, and then we have a buffet lunch -- usually out on the playground, but the weather is so terrible we'll probably wind up in the gym instead.

And then we're free!

I survived yesterday, but only barely. I felt like the walking dead -- so tired and fuzzy-minded and burdened with toxins! It's been a long time since I've had a true hangover. I don't know what I was thinking, spending eight hours at an office party. On a boat. In the rain.

My former co-worker Lindsey stopped by yesterday to say hello. She and her husband now live in Yangon, Myanmar, where they both work at a school. It was great to see her and hear about her adventures. She's going to be in and around London for part of this summer, so we'll get together again before she heads back to Southeast Asia. 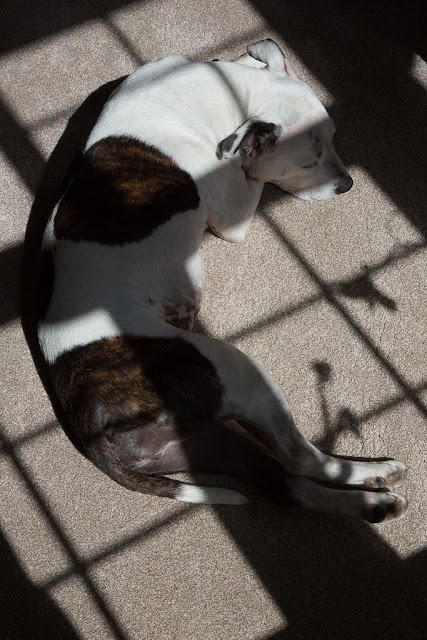 This is Olga's morning nap spot, on the rug in the dining room. That's when there's any sun -- which, at the moment, there's not. I took this picture about two weeks ago.

Dave and I started watching "When They See Us," Netflix's show about the Central Park Five, last night. It's excellent. I remember that case, and the scary depictions of "wilding" (whatever that meant) in the press at the time. I didn't immediately realize what a miscarriage of justice it was -- few people did -- although some of the players dispute the facts as presented in the series. It makes me want to find a good objective account (does such a thing exist?) to read about what really transpired. There's certainly no doubt those kids were wrongly convicted, and seeing the trial and dearth of evidence as depicted by the show, it's hard for me to imagine how a racially mixed jury reached a guilty verdict.

(Top photo: A colorful driveway at a construction site in Hampstead.)
Posted by Steve Reed at 6:51 AM