In Germany With No WiFi 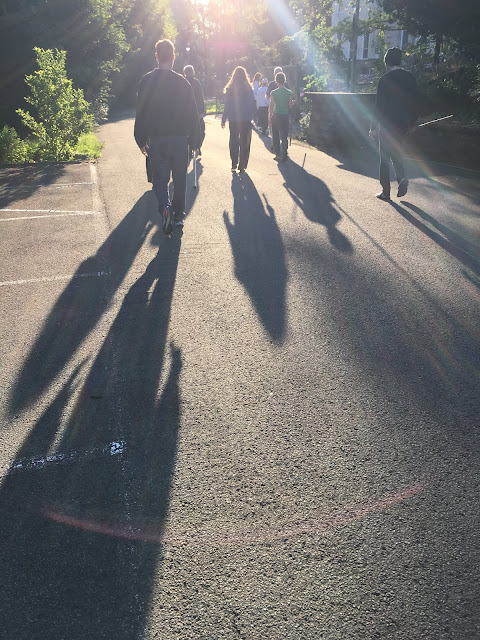 OK, I’m writing this blog post on my phone, which is something I never imagined I would do. But WiFi is apparently not to be had here at the European Center for Applied Buddhism, so I’m scrambling!

I got here yesterday after a full day of travel — three trains via Brussels, Cologne and Hennef, and then a bus to the town of Waldbrol. (There’s an umlaut in that name but I have no idea how to do that on a phone.) The train trips went smoothly, although European passport control from St. Pancras station in London was a nightmare. One of the passport officers was laughing at texts and videos on his phone while screening passengers. I couldn’t believe it.

It’s probably not very Buddhist of me to point that out, is it?

I’m staying in a former hospital that was appropriated by the Nazis for use as a hotel. It has big tile mosaics in the lobby of naked Aryan lads cavorting with horses. I have pictures, but of course they’re on my computer so you may not get to see them until I get back to London.

There IS something poetic about a grim Nazi edifice being turned into a Buddhist retreat with all its emphasis on peace and loving kindness.

This morning I was up at 5 a.m. and soon afterwards we were meditating. Then we adjourned to the car park in front of the hotel for exercises using bamboo poles. Qui Gong, I think? Or is that something else? Anyway, as you can see in the photo above, the light was dramatic and it was actually a nice, refreshing start to the day. 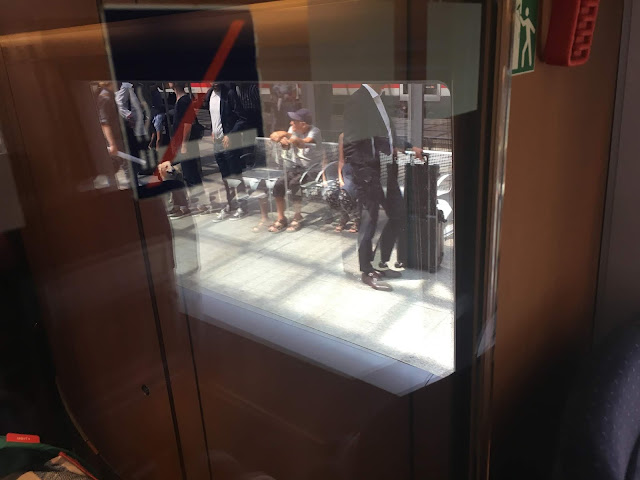 Here’s a view from yesterday out the train window — or actually a reflection of the view. Can you see the dog at far left?

Aside from meditating and mindfulness we haven’t done much yet. And as I write that line I realise how ridiculous it is, because meditation and mindfulness are both a little and a lot! I’m plunged back into the feelings and experiences I was having on Zen retreats in New York a decade ago — appreciating the silence and the stillness, feeling frustration at not being able to move or talk or find good coffee or get WiFi! We cling to so much, don’t we? (Like blogging.)