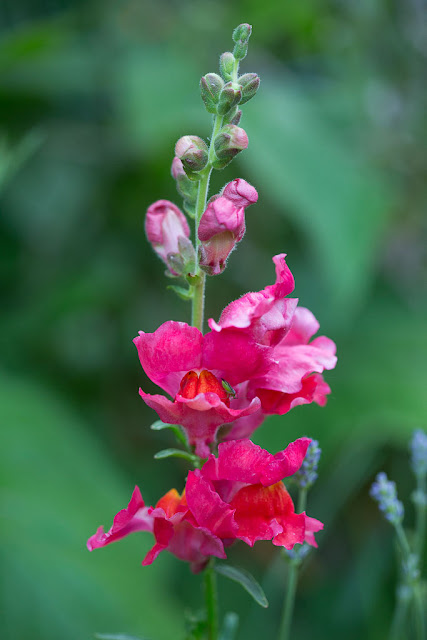 Last spring -- as in, April of 2018 -- I planted some snapdragon seeds. I put some of them straight into the garden and some in two pots on our patio.

The ones in the garden didn't do much -- I only got a few sprouts, which were promptly buried in a cascade of nasturtiums planted nearby. The ones in the pots sprouted, but the sprouts stayed tiny and anemic-looking, and none of them ever bloomed. 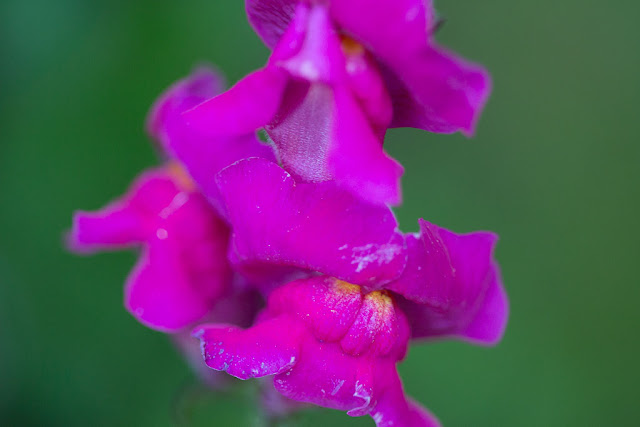 In fact, I began to doubt that the sprouts even were snapdragons. I wondered if they were merely weeds. Maybe none of those seeds grew at all?

I left them over the winter, and this spring I almost threw the potted ones away. I went so far as to put the root ball into the garden waste bag on the street. But I had a change of heart and put the plants back in their pot, just to see what they would do, given another summer.

Lo and behold, they have grown and some of them have bloomed. 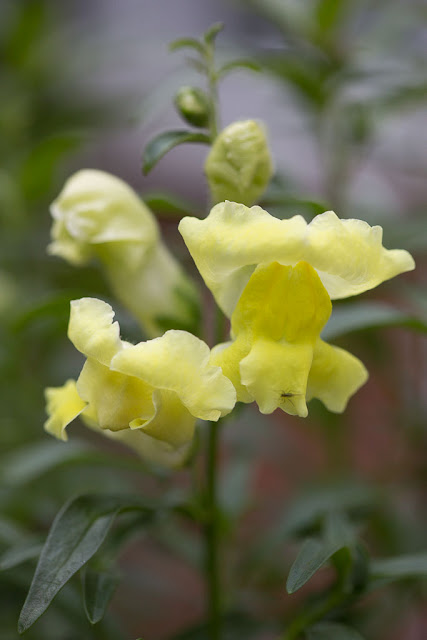 I'm not sure why it took two years before they produced flowers, and even now I wouldn't say they're thriving. Some of them are only a few inches tall. In retrospect I didn't plant them very carefully -- I just scattered the seeds willy-nilly and didn't thin the seedlings at all. I think some of them have struggled to find enough space to grow.

But at least we have flowers -- FINALLY!
Posted by Steve Reed at 6:07 AM