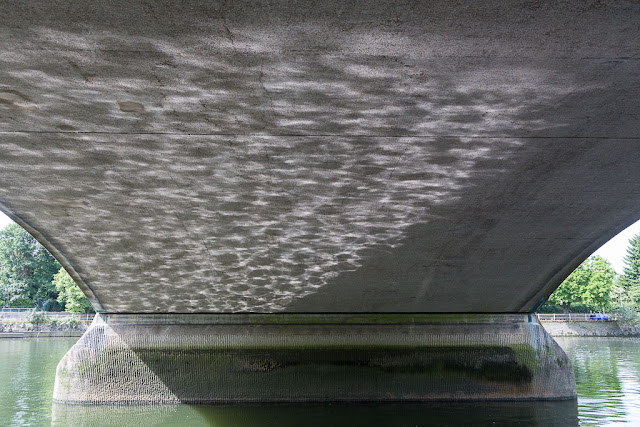 Remember how I'm walking the Capital Ring path around London? I wouldn't be surprised if you've forgotten, because it's been almost a month since my last walk. Between the Surprise Party Flu, all our gardening tasks and the chaos of the end of the year at work, I've let my walking slide. But yesterday I got out and completed a shortish segment -- five miles -- between Richmond and Osterley Lock near Boston Manor.

The path began in Richmond along the Thames, where the water reflected rippling shimmers on the underside of Twickenham Bridge. 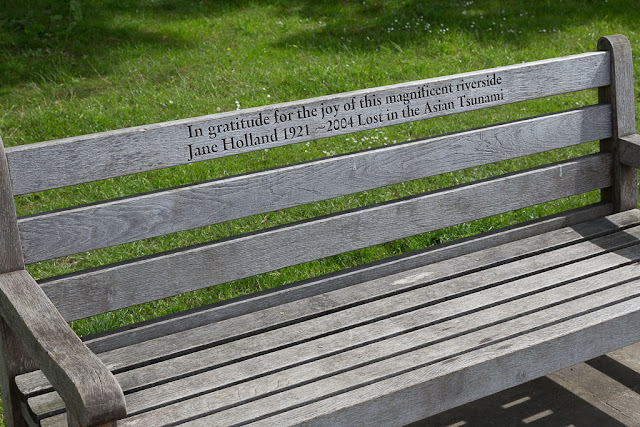 I passed this intriguing bench along the river. Turns out it's in honor of a family member of Lord Richard Attenborough,  who directed "Gandhi" and who lost several relatives including his daughter and granddaughter in the tsunami on Boxing Day 2004. The bench honors the daughter's mother-in-law, also killed that day. 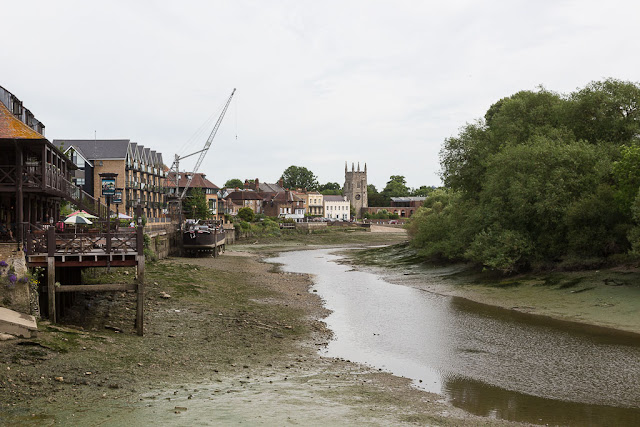 Near Isleworth, the river splits and flows around a large island. The tide was incredibly low, as you can see. The view is looking downstream toward All Saints Church and a historic crane once used (I assume) in shipping. 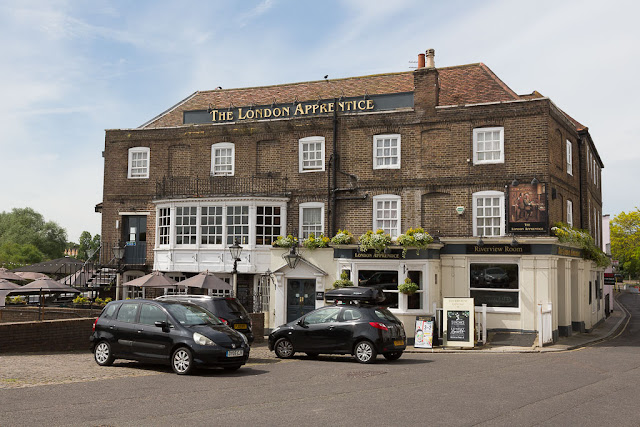 I passed The London Apprentice pub, which dates from the Tudor era, according to my map. "By tradition, city apprentices would be rowed with their senior craftsmen to this famous inn to celebrate the receipt of their indentures, entitling them to full journeymen's wages," it said. This sounds like an old wive's tale -- why row all the way from the city upstream to Isleworth rather than go to a pub around the corner? But I could be wrong. Crazier things have happened. 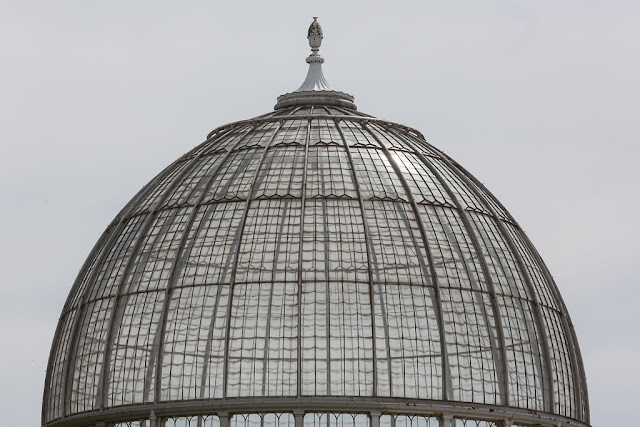 The path went through Syon Park, a 200-acre estate belonging to the Duke of Northumberland. (Apparently there still is one.) It passed the crenellated house, expansive lawns and grand, glass-domed conservatory. The house and gardens are open to the public, but I didn't go in. 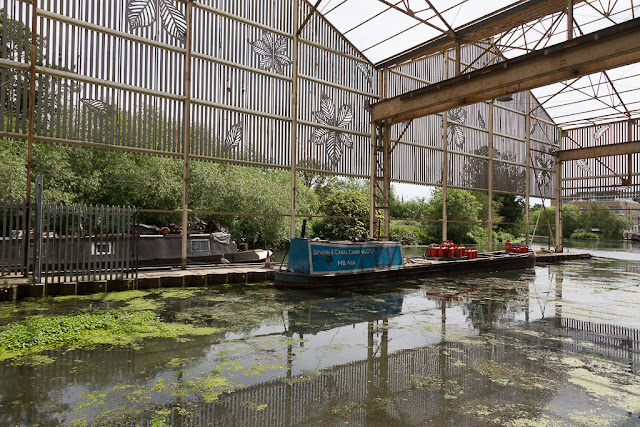 From there the path wound past Brentford Lock, where there's a boat basin once used for shipping and now surrounded by fancy apartments. The structure above is the one remaining canopied warehouse, once used for sheltered loading and unloading of cargo. It appears to have been more recently beautified by that decorative metal screen. 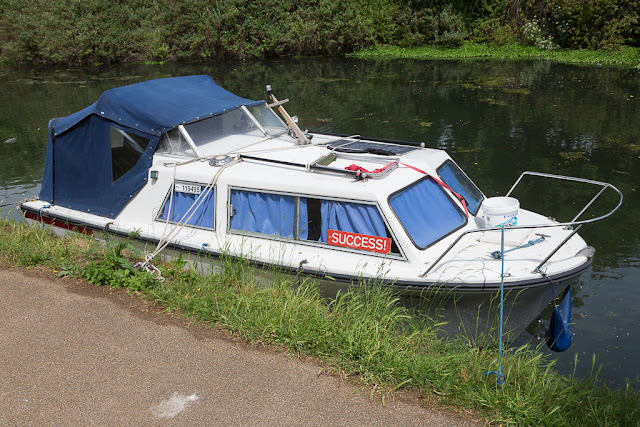 The path then led along the Grand Union Canal to Osterley Lock, which is close to the Boston Manor tube station -- and that's where I caught the tube home.

I stopped at Homebase on the way back and bought some petunias and some potting soil to revive the plantings on our front porch -- our pansies from the spring were a sad shadow of their former selves. Then, in the afternoon, Dave and I took Olga on a walk through Fortune Green and the cemetery, so she got her exercise too!
Posted by Steve Reed at 6:24 AM