A Movie and a Blogaversary 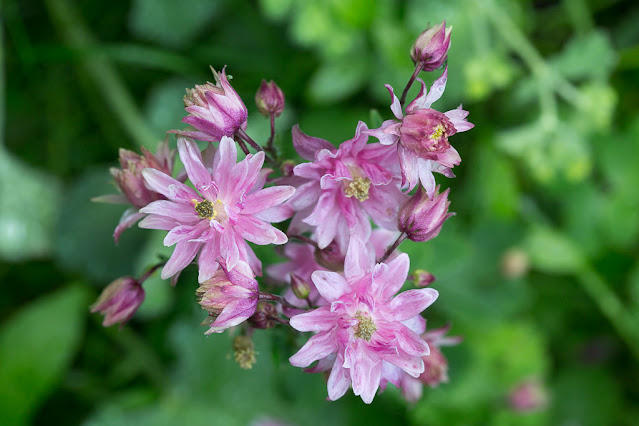 Dave and I actually went to the cinema yesterday. It was our first time back in a movie theater since Covid-19 began, and honestly we hadn't been for quite a while even before that. The last movie I can remember seeing in a cinema is "Rocketman," and that was way back in June 2019.

Anyway, we saw "Nomadland," which we both loved. It's very slow-paced, and the beginning is quite bleak, although it improves in perspective as it goes. We loved how true-to-life it is -- like listening to real people having real conversations, which makes sense because only a few of the cast members are professional actors, and most of the characters use the actors' real names. Apparently many of them are actual "nomads" who appear in the book that inspired the movie.

There were five other people with us in the theater, and before the movie began, a staff member came in and said we didn't have to wear masks while seated. But he asked us to please put them on if we went to the bathroom or the snack bar. We sat at least two rows away from everyone else, so we weren't too concerned. At the end we were surprised to find only three other people in the theater -- apparently one couple left because the movie was "too slow," or so the cinema staffer told Dave.

I can't imagine walking out, if only because the tickets were so darn expensive. For the two of us it cost £39.70, or just over $56! And that's without any food! Now I remember why we don't go to the cinema more often.

Today is a big day because -- drum roll please -- it's my blog's 15th birthday. (They grow up so fast! I remember when it was born, and now it's a teenager in high school!)

By the numbers: This is my 4,860th post, and for the last nine years I've posted almost every day. I took two substantial breaks, between November 2008 and February 2009 (when I was still wrestling with blogging vs. keeping my paper journal), and again between October 2010 and May 2011 (when I was working as a reporter in New Jersey and just couldn't bring myself to write both on and off the clock).

I apparently get about 1,000 page views a day, which surprises me because it seems like a lot. Here's how views have fared over time:

Why was I so popular in 2017, and why have I gone downhill since? I have no idea. Maybe I'm getting too repetitive.

Over all those years, here's where my readers have come from:

They like me in Brazil! Who knew?! But I have not caught on in India.

And here are my top referrers over the last seven days (you know who you are): 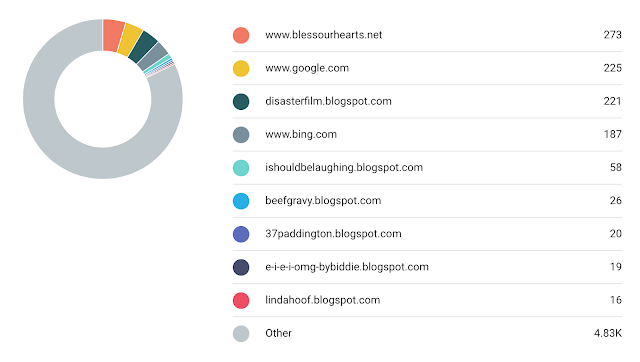 How is it that Bing is sending so many people my way?

The top search terms that have led people to my blog include, in first place, "shadows and light blog," followed weirdly by "phoenix bail bonds," "queen elizabeth funny moments," "how much to pay a dog sitter per day," "fake grass," "drain blockages" and "how to get rid of the spotted lantern fly." (Have I ever written about a spotted lantern fly? I don't think so.)
(Photo: Aquilegia in our garden, Saturday morning.)
Posted by Steve Reed at 7:11 AM