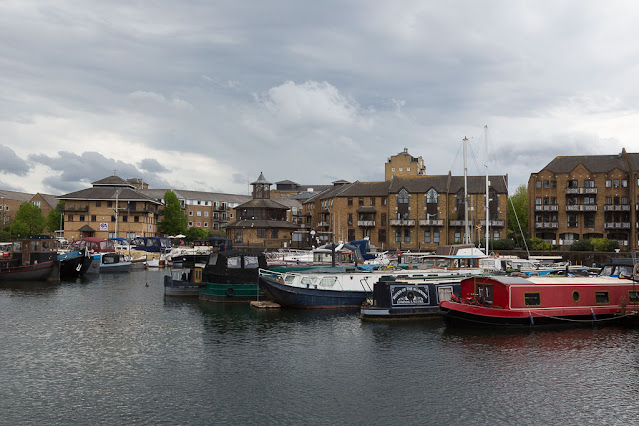 This is the boat basin in Limehouse, in East London, where the Regent's Canal ends. This basin empties directly into the Thames.

There are walking paths around the basin, and during my walk on Sunday I found these overlooking the water: 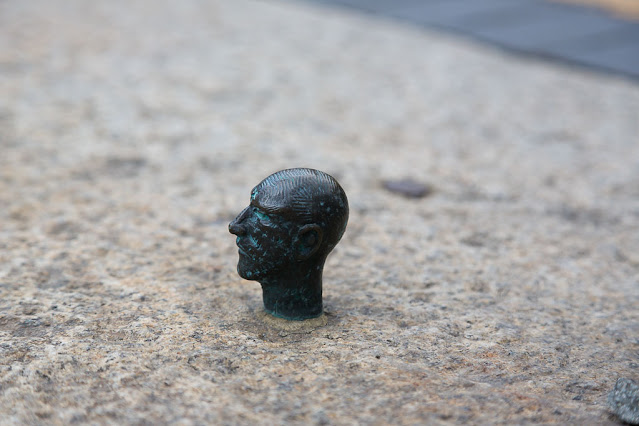 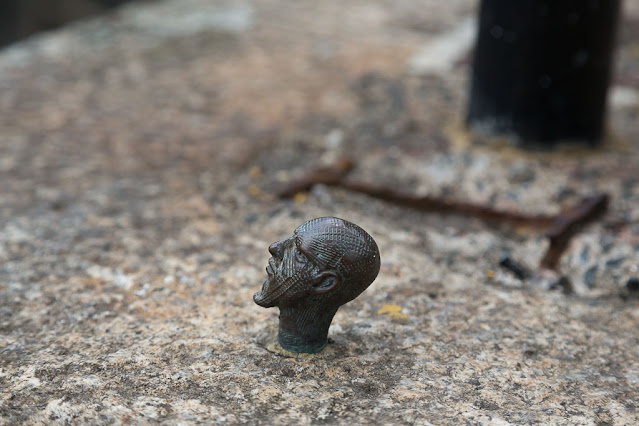 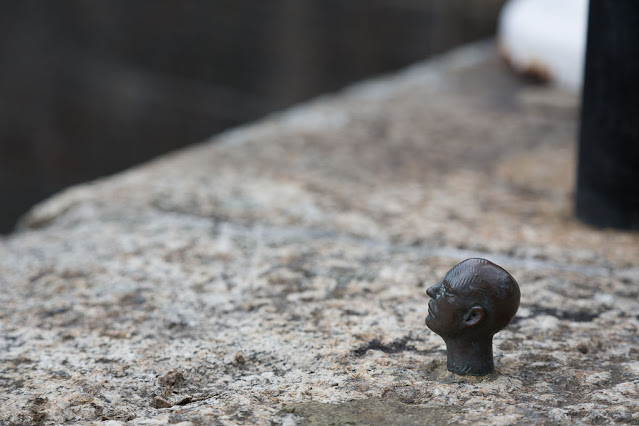 Three tiny heads, installed beneath a railing and thus protected from foot traffic. They're only a couple of inches high and I'd have easily missed them, except that a French guy walking in front of me kneeled down to take some pictures. Les yeux d'un aigle!

They seem to be dated 2011, but I can't find any information about their creator. They're located in front of a bronze foundry where sculptures are cast, so I'm sure someone there is responsible. There's a good close-up image in this blog post about the canal, but no artist is identified.

I spent a lot of yesterday weeding more non-fiction. I've discovered some interesting things about our materials. For example, our Saudi Arabia section was woefully out of date -- we had several big books but all of them were at least 25 years old. So we bought some new ones and discarded what we had.

One of the factors that helps me decide whether to discard a book is how recently it has been used. But it's a sliding scale, because in some sections, things just don't move much. For example, Canadian history -- for whatever reason, our students just don't do much about Canada, and if I chucked everything that hadn't been checked out in the last ten or fifteen years there'd be nothing left. American Indians, too -- you'd think an American school would study Native American culture more thoroughly, but our books on those subjects just don't get used much.

It's also interesting to see how research has changed. We date-stamp each book when it's checked out, and by skimming the stamps we can see when it's been used. A lot of the books are used pretty heavily all through the 1990s, but in the 2000s the stamps become less frequent, and after about 2010 many of them stop altogether. I'm sure that's because kids are going online for their information now -- although sometimes their teachers require them to use books as well, so we need to keep good sources on paper.
Posted by Steve Reed at 6:15 AM