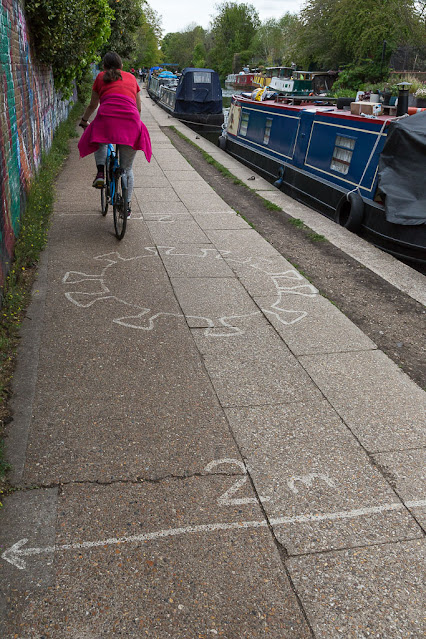 I've been wrangling with the local council over our trash pickup. For some reason, on Friday -- our regular collection day -- they emptied some of our bins but left others untouched. I reported a missed pickup and yesterday they came for the additional recycling, but we still have a bin full of rubbish that they didn't take. I have a feeling there's something in it -- probably related to the Russians' ongoing home renovations upstairs -- that they don't like, but it would be nice if they'd tell us what it is. We don't have another rubbish collection for two weeks and I'd rather not live with it all until then.

I also tackled some other small tasks yesterday. I ordered flowers for a longtime library volunteer whose daughter is graduating this year, and though they were delivered to her house I haven't heard from her and I have this irrational fear that maybe she's out of town and the flowers are sitting unattended and unappreciated in a box on her porch.

I took our blankets to the laundromat. Now Olga has a clean nest. And I went to Homebase and bought some more annuals -- trailing verbena for more hanging baskets, snapdragons for the long window box that used to contain the amaryllis, and a cool plant called Calceolaria with flowers that look like a slipper or purse. 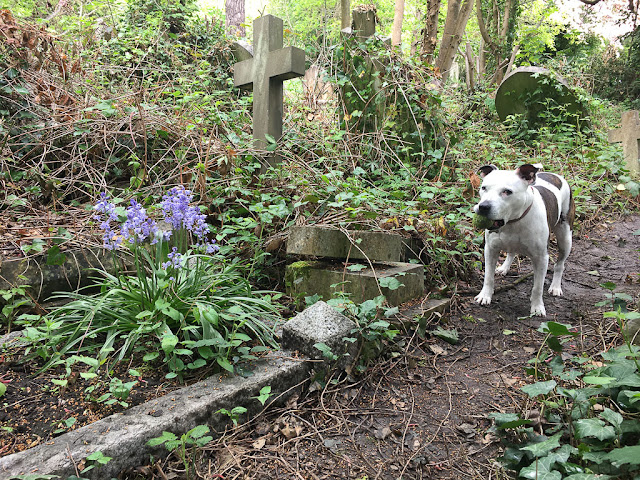 Olga and I went to the cemetery later and saw a nice patch of bluebells. I think those are the Spanish variety, which are larger and more upright and considered an invasive threat to our native British bluebell. But still, they are pretty. 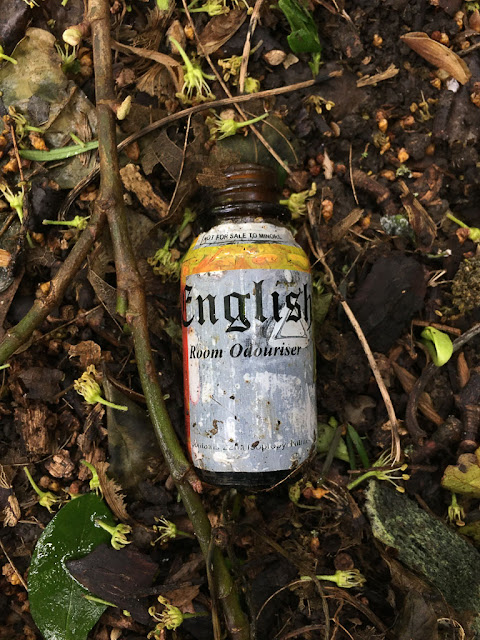 I also found an old bottle of poppers, which makes you wonder what goes on in the cemetery's more secluded corners. I wouldn't have been surprised to find these on the West Heath, which is a notorious gay cruising ground, but the cemetery?! ("Room odouriser" is one of several euphemisms for a product that has nothing to do with "odourising" a room.) 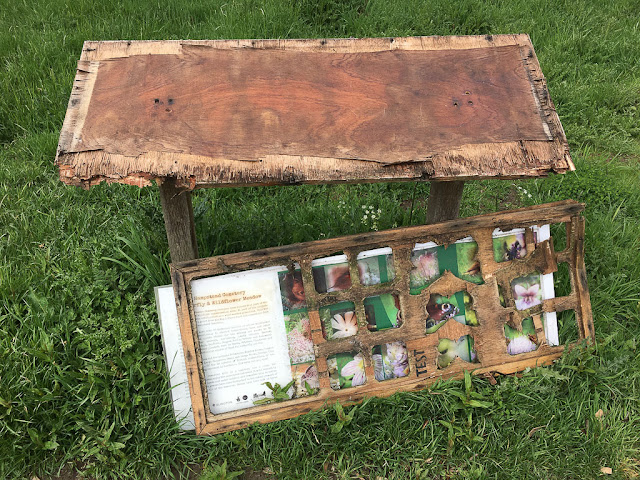 One of the information boards in the cemetery's butterfly garden has collapsed. For some reason, this makes me feel like I've lived here in West Hampstead a long, long time. It's actually only been seven years, but good grief, things are already rotting and falling apart!

I made a very weird lunch yesterday. We had a box of leftover rice in the fridge from a Chinese take-away, and some scraps of lettuce, tomato and parsley. I combined all that and threw in some tuna fish, added the last three tiny potatoes from some leftover potato salad, and topped the whole thing off with an oil & vinegar dressing. I figured it was a bit like a Salade Nicoise, but with rice. The New Yorker had a great piece a couple of weeks ago about scrounging in the fridge for whatever food is available -- the author called it "fending," but as it turns out there are many names for this activity and/or the resulting dish. My favorite is "California plate," because it sounds so light and elegant. So that's what I had for lunch.

(Top photo: Along the Regent's Canal, last Sunday.)
Posted by Steve Reed at 8:06 AM