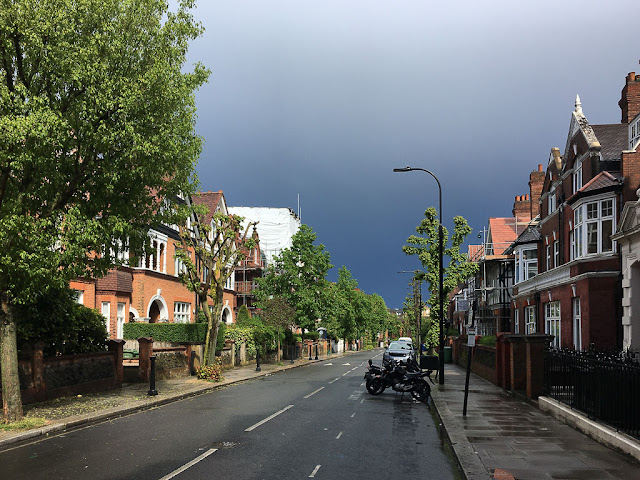 This was the sky as Dave and I were walking home from work yesterday afternoon. We had a couple of dramatic showers, some even featuring thunder and lightning, which in London isn't all that common. (At least, not as common as it is in Florida!) I know the garden is loving the rain, but it came down so hard that it flattened my poor foxglove seedlings. I'm sure they'll bounce back. 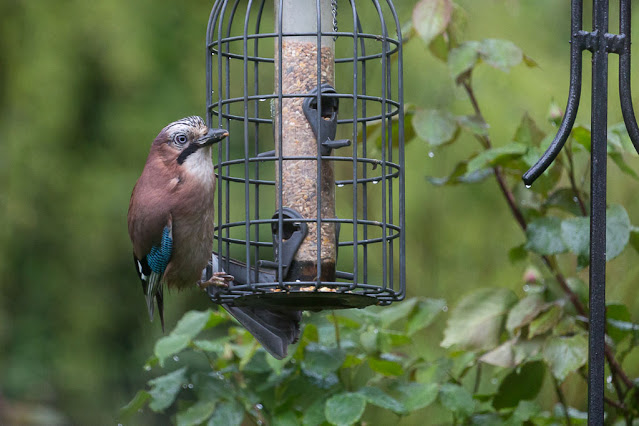 This Eurasian jay has been visiting our bird feeders for the last few days. When I first caught a glimpse of it I thought it was a hawk -- it's much bigger than our other garden birds and I couldn't immediately see its blue wing bars. It loves the seed feeder, while the feral parakeets and the robins seem to enjoy the suet.

Last night Dave and I watched another episode of "Unforgotten." Netflix doesn't yet have Season 4, so we're watching it on ITV's online player, and it's doing the strangest things. We watch with subtitles, and for some reason a random line of dialogue from earlier in the show -- even an earlier episode -- will sometimes embed itself at the bottom of the screen and stay there. Last night, inexplicably, it was the phrase "balls of steel." 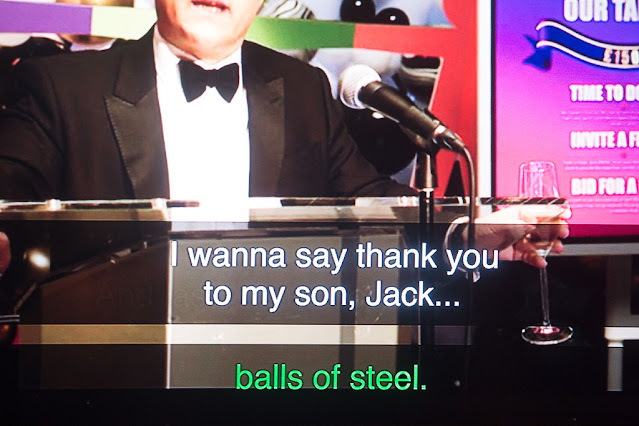 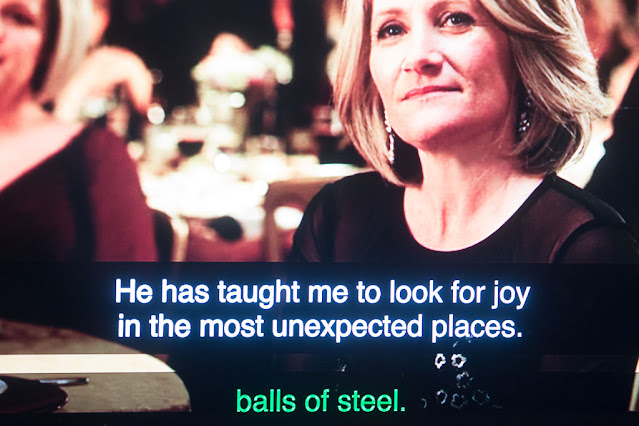 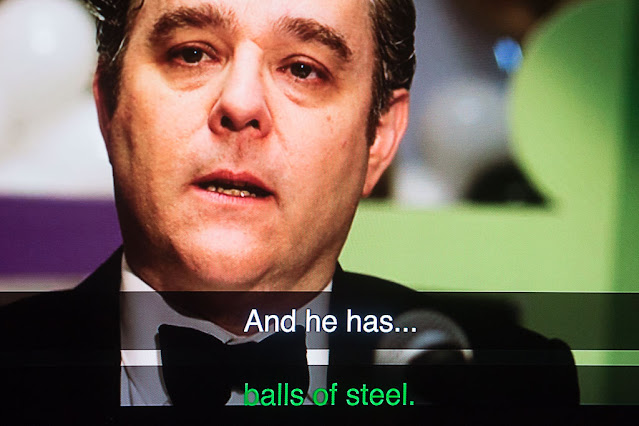 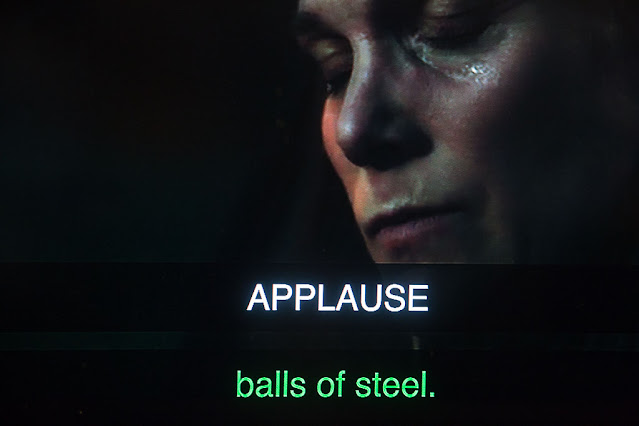 I couldn't stop bursting out in spontaneous laughter, even during the show's dramatic moments! Probably not quite what the writers had in mind.
Posted by Steve Reed at 6:28 AM