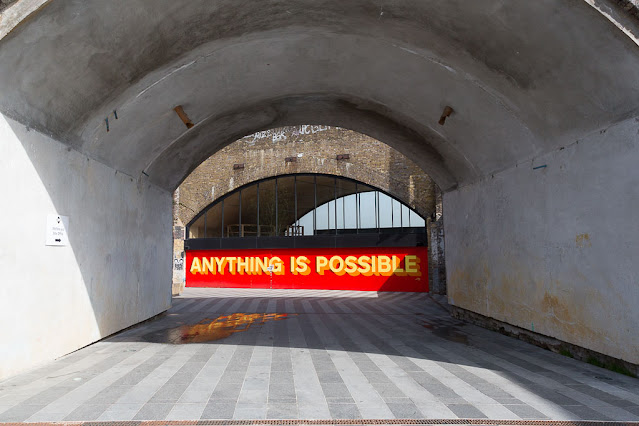 I woke up yesterday and thought, I could do some gardening today. Maybe weed out the flower beds, get the wildflower seeds in the ground. Or I could take Olga to Hampstead Heath again.

Or, I could do something completely different.

And that's the option I chose. I decided to walk the Regent's Canal, from Regent's Park all the way to Limehouse in East London. I did this once before, back in January 2012, when I started even farther to the west in Westbourne Grove. I think yesterday's walk was about nine miles. 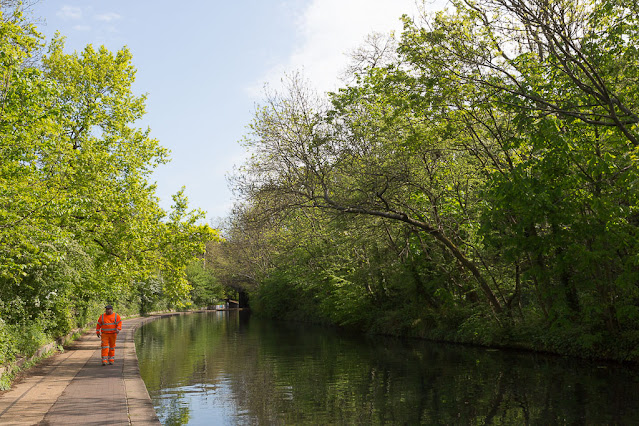 It felt great to get out on a nice day and just walk for hours. Our temperatures finally warmed up over the weekend, and yesterday was t-shirt weather. I even got slightly sunburned!

You can't tell from this photo, but the canal towpath was actually quite busy, particularly as I got farther east. There were lots of people out moving around and soaking up the sun. I feel like we're all waking up after a long enforced hibernation. 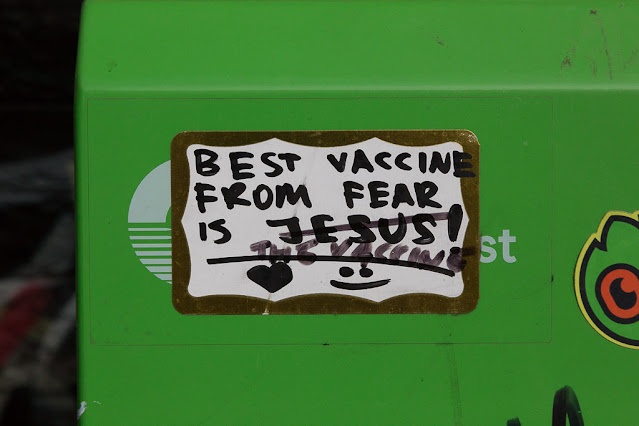 As usual, there was interesting graffiti everywhere. Here, we have the eternal clash between religion and science... 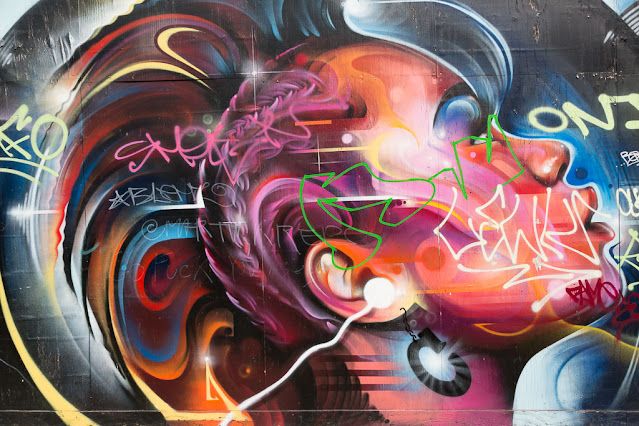 ...and the somewhat scarred but still beautiful remains of a mural near Camden Town. 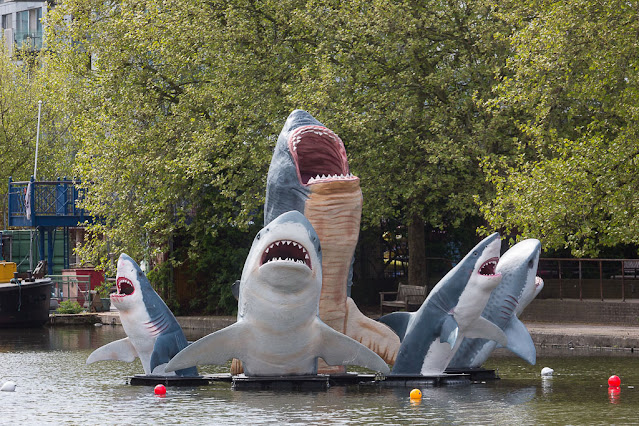 This surprising find reminded me of the movie "Sharknado." These sharks by architect Jaimie Shorten are installed in a boat basin in north London, and although they look like they should be a fountain, I think they're just sculptural. Apparently there was originally a plan for them to sing. Or maybe that's a joke. 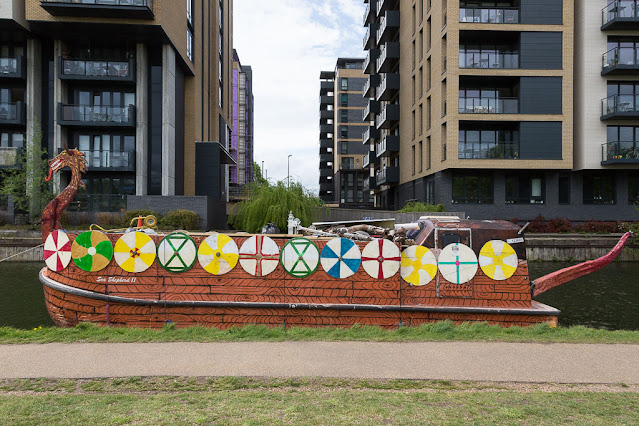 I found a Viking vessel moored in East London near Mile End, but fortunately no sign of sword-wielding, horned invaders. 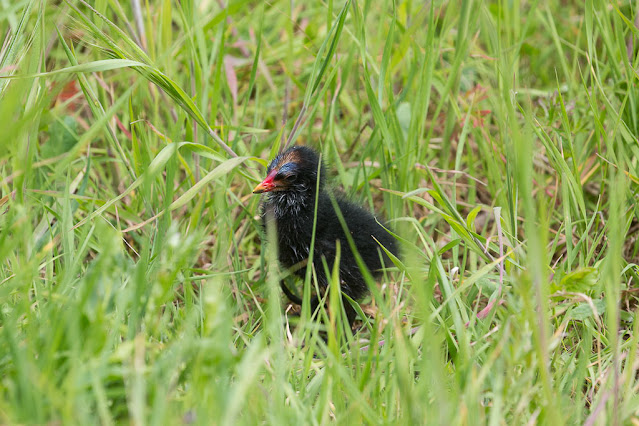 I saw lots of baby waterfowl. I guess our recent chilly temperatures didn't dampen the birds' amorous springtime tendencies. This is a moorhen, and it seemed to me it was ranging hazardously far from its mother for such a little thing, but she didn't seem concerned. There were baby ducks, baby geese and baby coots too. 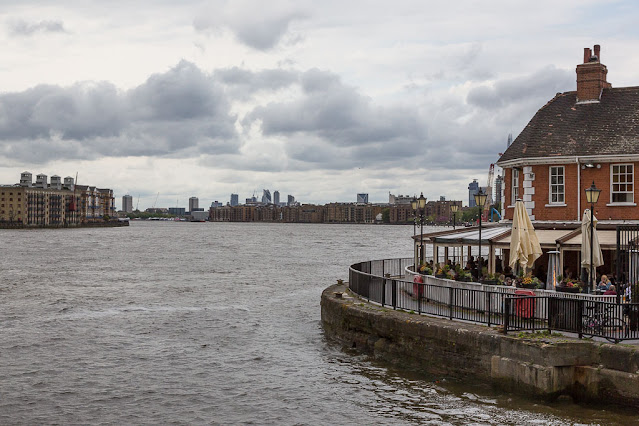 The canal finally emerges into a boat basin in Limehouse and then into the Thames, above, where you can see a pretty good crowd of diners enjoying the view from that waterfront restaurant. I believe this was the first time I'd seen the river in about a year, since my walk through lockdown London last May. It felt really good to not only stretch my legs but reconnect with the city and get away from my home turf.

I caught the tube home from Limehouse, and was back here about 2:30 p.m. -- so it was roughly a five-hour walk.

And then, of course, Olga wanted a walk too, so we went out for a quick spin around the neighborhood, which seemed to satisfy her. No rest for the weary!
Posted by Steve Reed at 6:21 AM