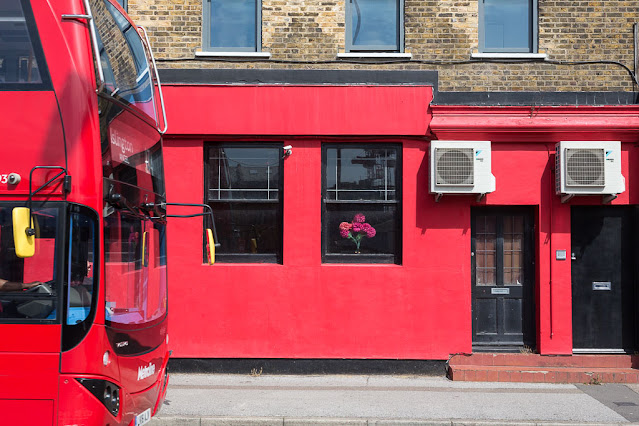 Well, that was a rather short-lived period of jubilation following the CDC announcement, wasn't it? Within hours we were hearing stories of baseball players and TV hosts who tested positive for Covid despite being vaccinated, throwing into doubt the CDC's assertion that we could take off our masks if we'd had our shots. One step forward, one step back!

The experts, though, still seem to think we're "very safe" (to use Dr. Anthony Fauci's words) if we've been vaccinated, especially since all these "breakout cases" involved people who were asymptomatic or very mildly symptomatic. Here's an interesting article about it all.

I'm still optimistic, but I didn't mean to suggest yesterday that I was immediately ripping off my mask and skipping freely down the street with abandon. I'll follow whatever local guidelines exist and I will continue to mask up when on public transportation or other places where it's specifically recommended. I'm mostly hoping I can eventually take it off at work. That would make the most difference in my life. I'm not in shops often enough to mind masking there, and I (like most people in the UK, I think) don't wear one outdoors.

Incidentally, my doctor's office contacted me yesterday and offered me an appointment for my second shot on Tuesday. Woo hoo! This is probably a direct result of Britain accelerating second doses for people over 50, because under the original schedule I wasn't due for a shot until early June. In any case, I'll happily go get my jab.

I spent yesterday weeding more books in the library, boxing them up for donation to charity. (That's what we do with our old books -- we don't throw them out, though some of them probably should be thrown out.)

Just to give you some idea of what I'm dealing with, here are two examples of books I've discarded. 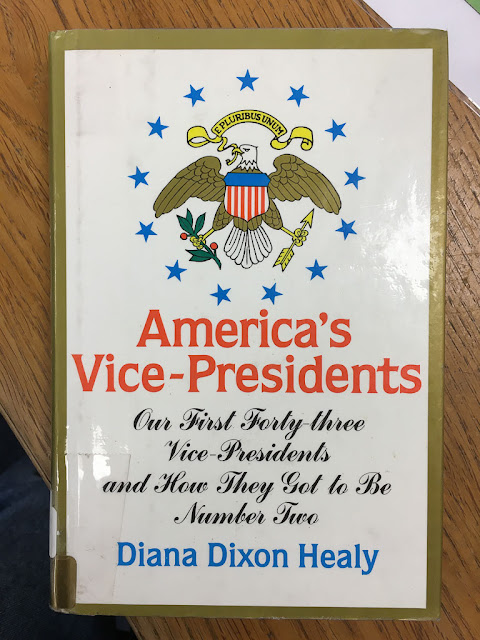 I'm pretty sure this was a really boring book even when it was brand-new. But not only is it of dubious interest, it's 37 years old -- published in 1984. Besides, anyone who wants information on our vice presidents can surely get it online these days. 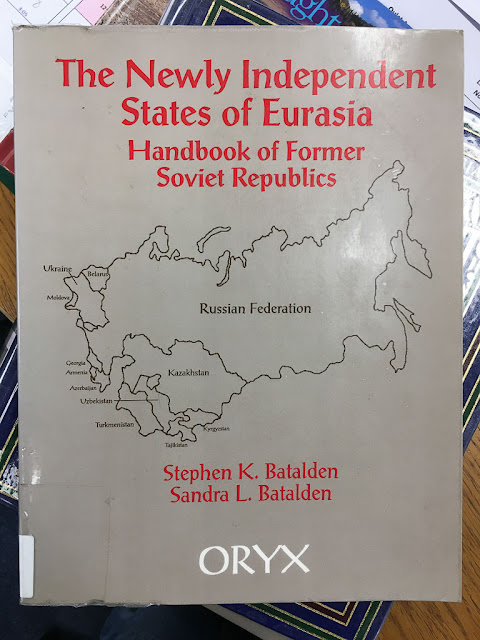 This one's also woefully out of date. It was published in 1993, just a few years after the fall of the iron curtain and the breakup of the Soviet Union. It would be lacking information about Chechnya and the other breakaway countries and civil wars taking place in the Caucasus, for example.

I also pulled a book about Mayan civilization from the 1960s that proudly proclaimed on its front cover that it had photos IN COLOR! Imagine! 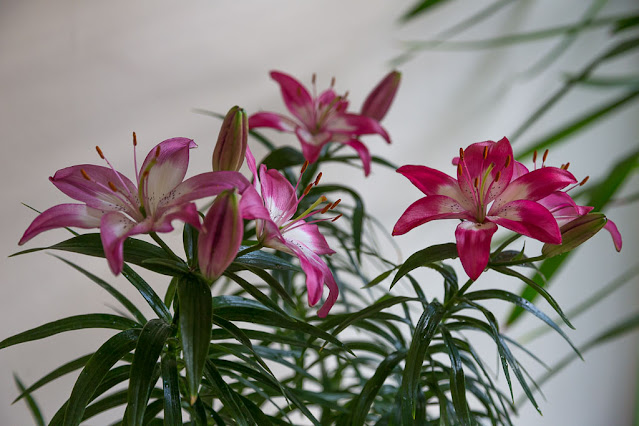 And speaking of color, here's our Asiatic lily, blooming up a storm. I moved it from the dining room (which is surely the least-used room in our flat, since we always eat in front of the television) to the living room so we could enjoy it more.