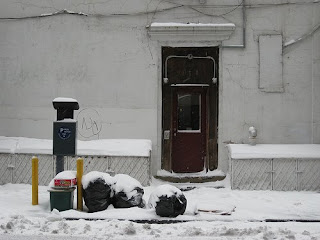 After waiting about 25 years to read it, I finally finished “Catch-22” the other day. I did not love it.

My mom had a copy and urged me to read it back when I was in high school. I remember starting it, but I didn’t get very far. (It was probably a yellowed mass-market paperback from the 1960s with about nine million tiny, tiny words on each page.)

Recently, while I was at Barnes and Noble, I saw a new trade paperback version with nice clean, wide pages. I bought it and gave it my best shot.

It’s pretty much a guy’s novel -- one long military joke, about stupid officers and inept decision-making. The reader has little emotional investment in the characters. With a few exceptions, we learn virtually nothing about the men and their backgrounds, and their inner lives -- if they have them -- remain obscure. Even the few exceptions seem more like cartoons than full-fledged characters. The rare compelling moments, like when the main character is nursing a dying man in the back of a bomber, get overwhelmed by the slapstick.

I can see how it would have been more sharply relevant when it was being read by veterans of World War II and Korea, during the years of our growing involvement in Vietnam. But it’s interesting that now, even with our military deployed in Iraq and Afghanistan, the book doesn’t make that same connection. We as a society are so separated from the Iraq and Afghanistan conflicts. The structure of the military is so different these days.

Anyway, in terms of relevance, I did find one segment that really spoke to me:

Yossarian tensed with alert astonishment when he heard Colonel Korn’s concluding words. “What’s that?” he exclaimed. “What have you and Colonel Cathcart got to do with my country? You’re not the same.”

“How can you separate us?” Colonel Korn inquired with ironical tranquility.

“That’s right,” Colonel Cathcart cried emphatically. “You’re either for us or against us. There’s no two ways about it.”

“I’m afraid he’s got you,” added Colonel Korn. “You’re either for us or against your country. It’s as simple as that.”

Colonel Korn was unruffled. “Neither do I, frankly, but everyone else will. So there you are.”

Now, who does that remind you of? Did Colonels Korn and Cathcart go on to occupy the White House, decades later?