Employed by a Dinosaur? 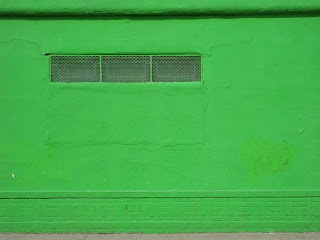 If you’ve seen my Facebook page you know we got some more bad news yesterday at work -- a pay cut and about 100 layoffs. I’m still employed, thankfully, but a couple of coworkers whose company I’ve enjoyed were let go, and I don’t yet know who else may have been affected.

I’ll try not to get all soapbox-y about the newspaper industry. Our slow strangulation is not a new development. We’ve been losing subscribers for years and years, not just since the Internet boom or the beginning of this recession.

But I do think we’re in a very unusual time right now. I’m not sure people realize how much the welfare of our communities and our nation is jeopardized by the death of newspapers.

The newspaper is literally the only place in most cities where real journalism is practiced. All that news people hear on the radio and see on local TV, and talk about around the water cooler, began in the newspaper. As a reporter I attended many, many government meetings where I was the only press person there -- TV reporters do not make it standard practice to do beat reporting, let alone anything investigative.

Now that our print business, which sustained all of our operations with its lucrative advertising sales, is dying -- what’s the solution?

The current argument is that newspapers made a mistake giving away their content for free on the Web. There’s a move afoot in the industry to consider charging for some Web content, on a “pay-per-view” kind of basis, where you pay more the more you read.

The problem is, this shifts our costs to the readers -- and that has NEVER been our business model. Advertising paid the bulk of our costs, not readers. It’s those ad dollars we need to get back, somehow, because I’m not sure readers would ever be willing to pay the true cost of their news -- particularly younger readers, who seem to think stuff on the Internet should be free. Real news gathering -- maintaining foreign bureaus, employing people who are specialists in fields like medicine or nuclear proliferation -- is expensive.

Personally, I don’t think we ever will get those dollars back. Our old business model is dead. I really have no idea what that means for our future, or the future of our democracy. Maybe we and other journalism outlets will evolve to fill the gap. Maybe the gap will never be filled.