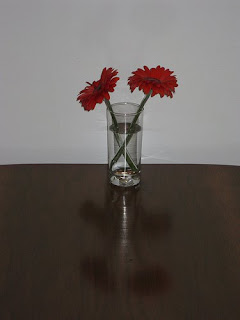 Yesterday I went running outside for the first time this season, and I had an amazing experience. The critical factors were relatively warm weather, sunshine, blue skies, my iPod, and endorphins.

(Endorphins, in case you don’t know, are substances released by the body during exercise. They’re thought to be the source of the “runner’s high.”)

I got out at 6:30 a.m. or so, and ran down by the East River, on my standard route to the Brooklyn Bridge and back. I think it’s about five miles. The temperature when I began was in the mid-40s but getting warmer.

I had never run outside with my iPod before. After I bought it just a few months ago, I loaded it up with all my music -- literally everything.

Well, the first mile or two of a run are always the hardest, and I discovered while laboring along that my iPod is inadequately organized. It’s full of folk music and light rock, and I had it on shuffle. I’m here to tell you, you just can’t run to Joan Baez, as wonderful as she is. I need to create a special “running” playlist pronto!

Anyway, I made it down to the bridge, feeling better and better as I warmed up, and skipping past songs that didn’t suit the moment. There’s a sign at the base of the Brooklyn Bridge that explains its history, and I touched it and turned for home, as I always do.

This is about when the endorphins really began to surge. I ran past all the old guys from Chinatown doing tai-chi facing the river; I ran in the shadows beneath the FDR Drive, under the Williamsburg Bridge, past the empty soccer fields in East River Park. The sun was rising and brightening, reflecting off the river’s surface, darting in and out from behind passing trees.

My iPod landed on a great running song -- for one who came of age in the ‘80s, anyway -- “Alive and Kicking,” by Simple Minds. And just then I rounded the bend near the Con-Edison plant at 14th Street, and all of midtown was laid out in front of me: the United Nations, the Chrysler and Empire State Buildings, all that amazing architecture and POWER. And I felt FANTASTIC. I thought, “Holy cow! This isn’t a movie! This is really me, living here in the greatest city on the planet, healthy on a beautiful day! This is my LIFE!”

And then, a few minutes later, as I began to slow down at 23rd Street, “Alive and Kicking” ended and the iPod magically landed on a song I'd long thought would be perfect to have played at the conclusion of my funeral: “Good Night,” by the Beatles.

Now, it might seem morose, but it was a truly beautiful moment. I love that song, as intentionally sappy as it is, and coming right after “Alive and Kicking,” just as I stopped running, it seemed to say: Life is short. In the grand scheme of things, it passes as quickly as the interval between two songs on an iPod.

It choked me up a bit, which sounds silly, but even thinking about it now makes me marvel. So I guess I can’t entirely blame the endorphins.

(Photo: As I walked back to my apartment after my run, I found these two perfect gerbera daisies lying on the sidewalk! Another piece of everyday magic? Or just a floral delivery gone awry?)
Posted by Steve Reed at 10:47 AM