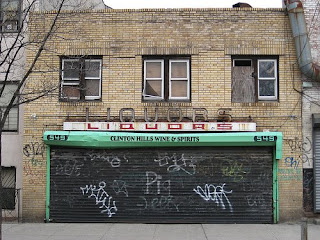 I made a huge technological leap over the weekend. I bought a docking station for my iPod, and got rid of my 9-year-old stereo system.

I’d been thinking about doing this for a while. I have an aversion to wires, not to mention the speakers and heavy receiver and CD changer that I had to move every time I cleaned. I wanted something lighter, both visually and literally.

I’d been thinking about getting one of those tabletop Bose CD players that come all in one small unit -- a friend of mine has one and they sound great. But after I got the iPod, I thought, let’s step completely into the modern age!

So on Sunday I buzzed down to the Apple Store in SoHo and got the docking station, which sounds great and leaves me with much more open space atop my dresser.

I hauled the stereo up to the thrift store. I thought about trying to sell it on Craigslist but I couldn’t face the hassle of dealing with potential buyers. I figure I’ll just take it off my taxes.

I still have my CDs as a sort of backup, at least for the time being. But now they’re in the closet. And my room seems so much lighter! No more tangled wires living behind my dresser! No more cat hair lurking behind speakers!