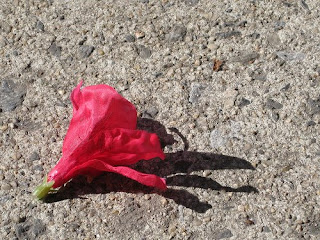 -- I rented “Dirty Dancing” and watched it last weekend. Somehow I never saw this movie, cultural touchstone that it was in the 1980s. Now I can see why. It is 100 percent terrible. Jennifer Grey can’t act, and Patrick Swayze is too old for her.

-- While I was in India in January I thought often of a miniseries I watched on public television in the early 1980s called “The Jewel in the Crown.” (It was on Masterpiece Theater, hosted by Alistair Cooke, he of the stolen body parts.) Anyway, I discovered that Netflix has the whole series on DVD, so I’ve been rediscovering “The Jewel in the Crown,” which is about the final years of British rule in India in the 1940s. It’s been great so far.

-- I just finished Phoebe Damrosch's book "Service Included," about her year working as a waiter at New York's super-swank Per Se restaurant. It was a fun, fascinating look at what it's like to be a server in a high-end establishment, where waiters make six figures and their clients are the wealthy and famous.

-- I’m now reading John McPhee’s “Oranges,” a book from the mid-1960s about the Florida citrus industry. It’s considered a landmark in Florida journalism. I'm familiar with much of the information about citrus cultivation, having grown up around the kids of citrus farmers and pickers, with grapefruit, tangelo and orange trees in my yard. McPhee's history of citrus, though, is all new to me.