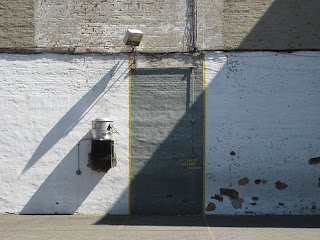 I just became aware a few days ago of the 2012 prediction, which says the world is going to end in three years, according to the Mayan calendar.

To which I can only reply: About time! (Kidding.)

It’s so interesting how people latch onto these doomsday predictions. I wonder what it is in our psyches that makes us interested in predicted events, even when nearly every predicted event in the past -- at least the recent past -- has been a total bust? Why do we ever think there’s anything to this?

I remember getting a creepy-crawly feeling as a kid when my friends talked about Nostradamus. In Sunday School we once spent several months studying Revelations, which details the events of the coming apocalypse -- and is about as exciting as the Bible ever gets. (In fact it was so exciting that when the course ended, I asked to study it again.)

In the ‘80s, as my blog sister Reya pointed out in her post on this topic, we had the Harmonic Convergence, which wasn’t supposed to be Doomsday at all, but instead the beginning of a new era of peace and prosperity. In the ‘90s, members of the Heaven’s Gate cult thought the end was nigh and went to meet their new existence in the Hale-Bopp Comet.

There was Y2K, the computer glitch that was supposed to derail the planet. I was working as a reporter in the late ‘90s, and the hospital I covered spent tens of thousands of dollars to replace its medical devices so they wouldn’t freeze up in 2000. Was that money wasted, or catastrophe averted?

Just a few weeks ago we had the Confickr computer virus, which was poised to unleash all sorts of havoc and then did...nothing.

Is all this just our inner Drama Queen, screaming to get out? Or our inner Control Freak? I guess it’s natural to wonder when all you’ve built will collapse, as it ultimately must. But let’s not rush it!