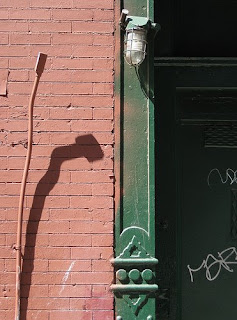 I went to a presentation at work yesterday about Twitter. News organizations are all trying to figure out how to use Twitter to their advantage, in both reporting and distributing their news. This talk was intended to help us all understand how Twitter works.

One of the senior editors asked how it’s different from e-mail. The presenter, a guy from our Web technology division, said Twitter is like a river -- you check in periodically and read the posts you happen to catch going by, but you aren’t expected to go back and read everything you’ve missed.

Reporters have used Twitter to gather information -- about the recent attacks in Mumbai, for example. People on the scene were twittering what they saw, and news organizations were watching those tweets. But you can’t trust what you see on Twitter any more than what you see on the rest of the Web -- someone posing as a witness in Mumbai may in fact be in their garage in Pasadena -- so reporters have to do some verification.

I’ve already expressed my antipathy toward Twitter. It seems way too chaotic to me. It also reminds me of what someone once said about poetry -- lots of people like to write it, but nobody wants to read it. Twitter is self-expression run amok.

I mentioned this to my boss, who said she likes the immediacy -- she was in the park on Sunday and heard about the rescue of the freighter captain in Somalia before it was on the news Web sites, for example.

But what did she gain by hearing that news half an hour or three hours earlier than she would have otherwise? Not only that, but what the heck was she doing on Twitter while sitting in the park?

I got into news because I like writing -- and by writing I mean the craft of creating a considered, well-structured piece of work.

Still, I can’t be a dinosaur, so I guess I’m going to play around with Twitter a bit. Wish me luck!

ADDENDUM: Here's a timely example of how Twitter can make a difference, mobilizing people against an injustice. The recent protests in Moldova are another example.