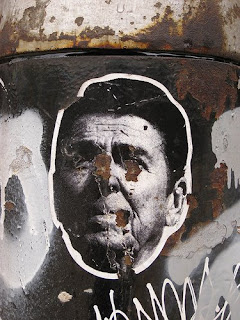 We had a bit of excitement in my building last night -- a visit from the Fire Department!

I was here at home when I heard a lot of clanking and noise on the stairs. I thought maybe someone was moving in or out, and as it was 10 p.m. and I’m the co-op president, I thought I’d better go ask them to wait until a decent hour.

But when I opened the door to the stairwell I saw a nylon bag on the landing labeled “lifesaving rope,” and I knew it wasn’t ours!

So I ran down to the lobby, and sure enough, a fire truck was sitting outside with red lights whirling. I asked some of the (cute, hunky) firefighters what was going on, and they said someone had reported a gas smell.

Turns out, someone on the fifth floor not only smelled something unusual, but had a gas alarm that went off -- twice. So they called 911.

The firefighters found nothing with their gas meters and we couldn’t smell anything either. But then our building super remembered that the owner of a unit on the sixth floor, directly above the apartment with the smell, was doing some renovation work.

So we went up there and sure enough, the floors were being refinished and the smell of polyurethane was heavy in the air -- and every window was shut tight. We opened some windows to ventilate the place, and told the downstairs neighbor what was going on. I’m sure those polyurethane fumes were the source of both the odor and the alarm.

Such a dramatic week! I noticed last night the moon is more or less full -- maybe that has something to do with it?

I went to a terrific poetry reading by Mark Doty yesterday evening at the Zendo, and I plan to buy one of his books. Funny, brilliantly observant, and such touching, lyrical language! Excellent stuff.

Firemen are babes, aren't they?

Fireman are a gook-looking bunch.

Reya, I love you new pic.

Cute, hunky firefighters...almost worth the trouble.

what a relief that all turned out well!

My nephew is a fireman. Such an adrenaline junkie. Save a building. Save a tree. Save a life. Save a town. He loves every minute of it, except maybe when he has to roll on an extremely bad auto accident where bodies are so smashed you can hardly tell they are bodies. Yet, in no way does it make him want to quit, just makes him want to try harder. They are a special breed.

The Regan sticker is EXTREMELY interesting.

is it part of the job description, do you know?