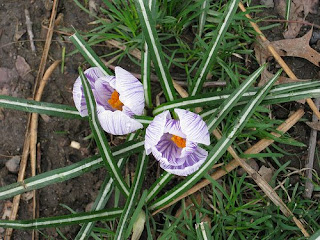 I've been meaning to post these photos for a while -- I took them last week in Stuyvesant Square Park. I always like to see the crocuses just to verify that spring has, in fact, arrived. (You wouldn't have known it from yesterday's windy and chilly weather.) 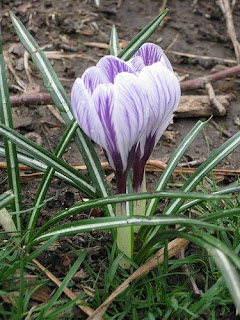 I went walking yesterday morning over in Chelsea and nearly froze to death in a t-shirt and jacket. The weather reports had me expecting a nice weekend, so I was unprepared for that blustery gale off the Hudson. Today is supposed to be nicer. 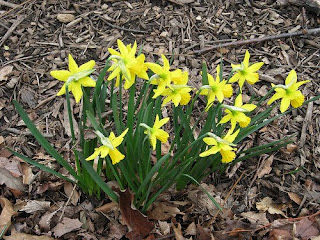 Also yesterday I met up with an old pal from Sarasota who I found on Facebook this week -- turns out he's living in New York now! I hadn't talked to him since I moved up here nine years ago, so we got together for coffee in the afternoon to catch up. He looks great and he's collaborating with another guy on writing a musical, which is pretty ambitious!

You could be a poster child for Facebook. I think that's the way it's supposed to work. Maybe it requires that one first believe...

Spring is here! And it's there, too!

I'm going to visit an old high school friend in Florida next month. I am so jazzed. I love FB!

There are beautiful signs of spring all over NY and NJ now. It is very exciting.

As for FB, I have reconnected with so many friends from the past. It has been a wonderful experience. After my hesitation to join FB I am happy that all is turning out so well. But ya know, I still don't Twitter. :)