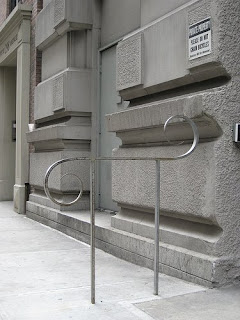 This has been “catch-up-on-movies” week. I’ve been at the theater for the past three nights. (Which is ironic, considering I just told a friend I go to movies less often these days because they’re so expensive.) I saw:

-- “Two Lovers” with Joaquin Phoenix and Gwyneth Paltrow. Of the three, this was my favorite. It’s the story of a guy living in Brighton Beach with his parents, in love with two very different women, and co-stars the fabulous Isabella Rossellini in a relatively small part. You care about all the characters and don’t want to see anyone get hurt, but of course it’s inevitable. Terrific performances.

-- “Sunshine Cleaning” with Amy Adams and Emily Blunt. Again, the acting was great, the plot was compelling, the characters charming. You just want to jump through the screen to keep the bad stuff from happening. I felt like I’d already seen a lot of the movie in the trailer, though.

-- “I Love You, Man” with Paul Rudd and Jason Segel. I really like Rudd so I had to check this out, even though it’s a relatively absurd story. I laughed pretty hard in places, so the juvenile humor is effective, and all in all it’s not a bad movie as long as you know what you’re getting into. But parts of it made me uncomfortable. I don’t really want to hear a father making anatomical references to his son’s gay sex life, for example.

By the way, I returned the Masochistic Torture Pants. Levi’s took them back, no questions asked. I appreciate all the votes of confidence for my attempt to wear black jeans, but I exchanged them for a plain old blue pair. I’m going back to basics!