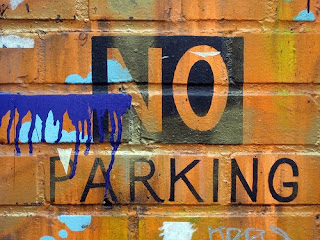 I went to get my semi-annual massage last night, and here’s what I can tell you about my massage therapist: He grew up in southern Michigan. He doesn’t like to wear shoes. People in his hometown don’t lock their doors.

How do I know these things? Because he was Chatty Cathy and shared them all during my massage.

I come from the school of thought that says we do not speak during a massage. I like to relax and float away to that hazy place where words are unnecessary. I managed to do that during the first half of the massage, when I was prone on the table with my face planted in that donut thing, and presumably even Chatty Cathy realized I wouldn’t really be capable of speaking.

But after I turned over he started talking about my high arches (it’s true, my feet have very high arches) and from there the conversation ran to how hard it is to get good shoes, and how shoes and walking on concrete are bad for our bodies, and how he doesn’t like shoes anyway because he never wore them in the summer, growing up in a town of 14,000 people where everyone knows everyone. “There’s been, I think, one homicide in that town ever,” he said -- and I thought, why am I hearing about homicide during my massage?

I tried to give polite but perfunctory replies so that I would not appear rude, but would convey that I really didn’t want to talk. I also tried to maintain some equanimity and openness to what he was saying. But I had the disconcerting feeling that he was paying more attention to the conversation than to my body.

Cathy was slow to pick up on my cues. Only after I stopped replying at all did he drift into silence, and by then I was finished.