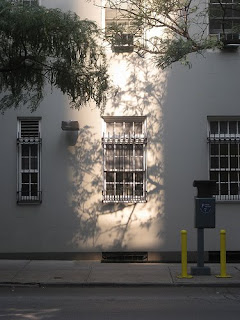 As I mentioned the other day, Dave is introducing me to the wide world of television. Dave is not an indiscriminate TV watcher, so I’m learning about pretty good shows -- I like several on the Food Network like Iron Chef (“Fukosan!”) and Barefoot Contessa, for example.

But my favorite show so far is on A&E. It’s called “Hoarders.”

This show is FASCINATING. It’s about people who amass such huge quantities of disorganized stuff that they literally are in danger of losing their homes and children. They often have bedrooms stuffed to the rafters with boxes and bags, kitchens full of decaying food, and living rooms that are so crowded there’s nowhere to sit. As for bathrooms, well, I’m not even going to go there.

These people are not merely messy. They’re ill. Their approach to possessions is often tied up with personal feelings of unhappiness or emptiness, or control issues, or fears of losing what little money and independence they have. They save everything, and they save it badly.

The show brings teams of organizers into their homes, and usually within a few days conditions are livable. But the task is never easy, and it’s always a spectacle.

Sure, the show is partly a gross-out fest. You can’t help but go “Eeeeew!” at the rotting pumpkin buried beneath debris in the woman’s kitchen, or the piles of used toilet paper on the guy’s bathroom floor. (Sorry -- I went there after all.)

But the creators go to great pains to show the audience that hoarders are afflicted with a disorder, and they are always respectful. The hoarders themselves make all the decisions about what stays and what goes, while the organizers try to help them understand the nature of their condition.

I love this show because, first of all, it’s so NOT me. I live at the opposite extreme of this spectrum -- I am preternaturally organized, a condition that, come to think of it, is symptomatic of its own mental baggage!

I am also fascinated by extremes in behavior. I'm generally a person of very even, moderate demeanor. Anything about addictions, obsessions and the like just captivates me.

I often think I would make an excellent professional organizer. Maybe if journalism goes bust, that can be my second career choice. Wonder if “Hoarders” would hire me?