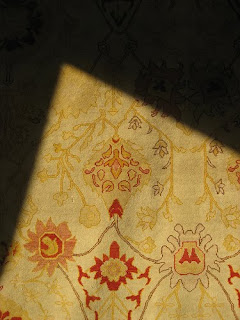 I’ve been reading Michelle Mercer’s book “Will You Take Me As I Am,” about Joni Mitchell and the years of her “Blue” period, when she recorded her best-known and most acclaimed albums.

The centerpiece of those years, stretching from the late ‘60s through 1976, is the album “Blue,” which came out in 1971. “Blue” has long been one of my favorite albums, and I’m hardly alone in this – it’s often cited as one of the best and most influential recordings of the last 50 years. (On Rolling Stone’s list of the top 500 albums of all time, it’s number 30.)

I’ve learned a lot about Joni from reading this book. For example, I knew she had polio as a child, but I didn’t know how it affected her guitar playing. Apparently she devised some of her unusual chords partly because her left hand has nerve damage, and those chords were easier for her to play.

I also learned that many of Joni’s earlier songs -- such as “The Gallery” and “That Song About the Midway” from the album “Clouds,” “Rainy Night House” and “The Priest” from “Ladies of the Canyon,” and “A Case of You” from “Blue” -- are about Leonard Cohen, with whom Joni had a brief but powerful relationship in the late 1960s.

One of my favorite songs, “The Last Time I Saw Richard,” also from “Blue,” was inspired by a conversation Joni had with a fellow folk singer named Patrick Sky. He said to her one night in a bar in New York, “Oh, Joni, you’re a hopeless romantic. There’s only one way for you to go. Hopeless cynicism.” That comment was the germ of the song.

I also learned that my favorite Led Zeppelin song, "Going to California," was inspired by Joni. The book cites the line, "To find a queen without a king, they say she plays guitar and cries and sings." Sometimes, after singing that line in concert, Robert Plant would say, "Joni." Who knew?

There’s always a risk in reading about your personal idols – you sometimes learn a little too much about them, which makes them human and thus harder to idolize. But so far I'm still in awe of Joni. It’s a fascinating book!