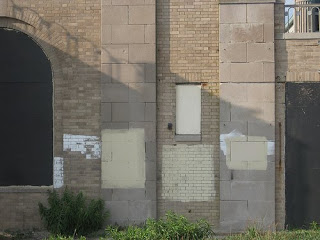 There’s been a lot of controversy over the compassionate release of one of the bombers of Pan Am Flight 103 over Lockerbie, Scotland, in 1988. The bomber, a Libyan who has been in prison in Scotland since his conviction, is dying of prostate cancer. The Scottish justice secretary recently decided to allow him to go home to Libya to die.

This decision outraged politicians and many of the 270 victims' family members, who think he should have remained in prison. The images of the bomber disembarking from a plane in Libya to cheering crowds didn’t help the situation. In fact, I’m not sure the controversy would exist were it not for the fact that he received such a jubilant reception.

Here’s my take on it -- I think releasing him was the right thing to do. It showed mercy and compassion, which is ideally a strength of our Western societies and humanity as a whole. Turning away from anger and the urge for revenge, and toward compassion and kindness, is the solution that most religious leaders would endorse and that I think serves as a sound model for justice. That’s not to say there should be no punishment, but we should be able to acknowledge when punishment has been served and circumstances require a new course of action.

Where everything went wrong was in Libya’s reception of the bomber. The Libyan government should have ushered him into the country quietly, without fanfare. The fact that he got a hero’s welcome reminds us that we must continue to explore the reasons that some in the Arab world maintain such anger toward the West. We will never overcome that hatred until we understand it and learn to address it in a productive way.