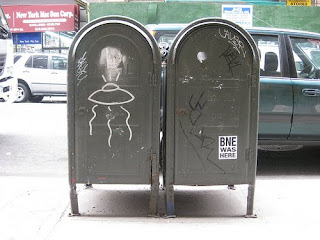 I was reading an article in Newsweek yesterday about children of privilege who go on to become terrorists, guerilla fighters or outright criminals: Leopold and Loeb, Che Guevara, Osama bin Laden, and the recently detained Detroit underwear bomber, the son of a wealthy Nigerian doctor. There were other examples, too, and as I recall the ringleader of the 9/11 terrorists grew up in relative privilege in Egypt.

This got me thinking about the link between the freedom that comes with wealth and corresponding feelings of sadness or emptiness. It's not a new idea -- Edward Arlington Robinson wrote "Richard Cory" more than a century ago. A core feeling that money has failed to produce fulfillment, which presumably led Richard Cory to kill himself, may also lead some jihadists to turn to their fanatical ideals.

If you talk to teachers or parents, they'll tell you that children want boundaries. They want direction and discipline, even while they chafe against it. The same is true of dogs, who often seem happier with the attention and direction they get from good training than when their neuroses are running wild.

I think the same is true of all of us. We need the structure and discipline of boundaries and rules, even if only the rules we set for our own conduct. People have an inherent ability to prosper and flourish in difficult circumstances -- how often have we heard older couples say the leanest years of their marriages were the happiest, or heard elderly people look back with nostalgic longing for difficult periods like World War II or the Depression? The rigors imposed by those circumstances helped guide their lives, reducing their choices and their opportunities for wallowing in destructive emotions like self-pity.

I'm not saying we need less freedom. But it's interesting that we yearn, by nature, for some level of discipline and maybe even austerity. When we don't have it, we become Paris Hilton -- particularly if wealth and excess become substitutes for any real human emotion.