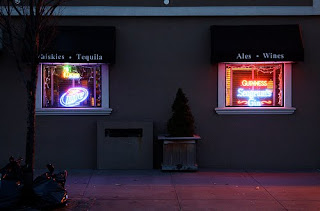 I was updating iTunes on my computer, so that I could download some of the much-touted "apps" that allow me to do cool things with the iPhone. The update seemed to work OK, until I was also prompted to update the iPhone software itself. That precipitated a crash that froze the phone.

The computer said I could "restore" the phone, but that would erase all my contacts and other information. I had just manually entered all the contacts, so I wasn't thrilled about losing them. I took the phone and my computer back to the AT&T store, hoping for a better resolution, but they couldn't do much for me. So I took the plunge and hit "restore."

Miraculously, the iPhone restored itself and saved my contacts. Hamdu'llah! So all's well that ends well.

What was most interesting about this episode was my reaction -- I completely lost my cool. I was stomping around muttering about technology and the advantages of keeping things simple. I felt sort of foolish once I ironed out the problem, but I get so frustrated when devices don't do what they should. Who's the boss here, anyway?!