Cipher in the Snow 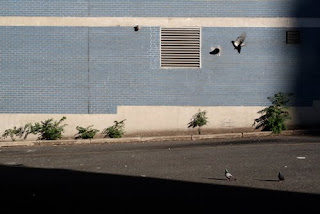 Do any of you remember seeing a film in school called "Cipher in the Snow"? I was reading an article about bullying this morning in Newsweek, and it made me flash back on this movie.

I saw it in sixth grade or so. The story follows a quiet, bullied boy who mysteriously drops dead in the snow after getting off the school bus. His teachers are left to figure out what happened. The upshot is that he died from lack of love; he was essentially ignored and bullied until his heart stopped.

I got online and, of course, found the movie on YouTube. Part 1 is here, part 2 is here. Background info can be found on the Wikipedia page here.

Apparently, the movie was produced by Brigham Young University, which kind of blows my mind. What was my public school doing showing a movie with roots in the LDS Church? Seems like that should have raised a few eyebrows, even though the film contains no overt religious message.

Anyway, I remember it freaked me out. I was already feeling more than a little socially awkward, and I identified with the scene where the boy goes on a long walk picking willows and gets yelled at by his stepfather for daydreaming and ignoring his chores. I was bullied, I wandered, I daydreamed -- did all this mean that I could just drop dead?

The movie was effective enough that I've remembered it all these years. But I wonder if the school was really right to show it -- not only because of its LDS connection but because it was scary and perhaps not entirely realistic.