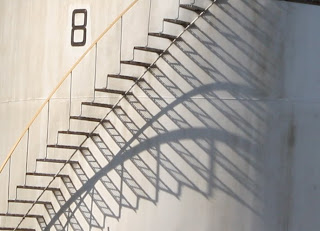 We have three dumpsters in the refuse area for our apartment building. Two are for garbage and one is for recyclables like metal, glass and cardboard.

For months now, I've been separating our trash and throwing the recyclables into the recycling dumpster and the garbage into the others. But I've noticed that many people completely disregard the distinction and throw any and all garbage into any of the dumpsters. Part of the problem is that the two garbage dumpsters aren't large enough and always wind up overflowing before pickup day, so people resort to using the recycling dumpster for garbage.

Earlier this week, I was carrying some recyclables to the dumpster while the garbage truck happened to be there. To my surprise, the driver told me it didn't matter which dumpster I threw the recycling into -- he put it all in the same truck. I asked, do the recyclables actually get recycled? He said the garbage was separated at the utility plant.

Well, this seemed pretty puzzling to me. Why have people go through the trouble of separating their trash if it all ultimately gets thrown together in the same garbage truck?

I called the town recycling center and was surprised by the answer. For single-family homes and many multi-family developments, separating trash works. But apparently because my apartment community has so few dumpsters, the trash gets comingled to such a degree that the garbage collectors have essentially given up on us. And contrary to what the driver said, the recycling coordinator told me that all the trash in our development goes to the landfill. It's not cost effective to separate it.

Of course, as a committed recycler, I'm really disappointed to hear this news. No matter what I do, my trash is all destined to be buried, because my neighbors so completely disregard the separating instructions.

I asked the recycling coordinator if there were any other options. He said I could drive my recyclables to the recycling center in town, but that seems counterproductive because of the gas I'd use to get them there. (It's not in a part of town I'm likely to pass otherwise.)

Ugh! So much for environmentalism!

(Photo: Steps on the side of a petroleum tank, Williamsburg, Brooklyn.)
Posted by Steve Reed at 6:02 PM