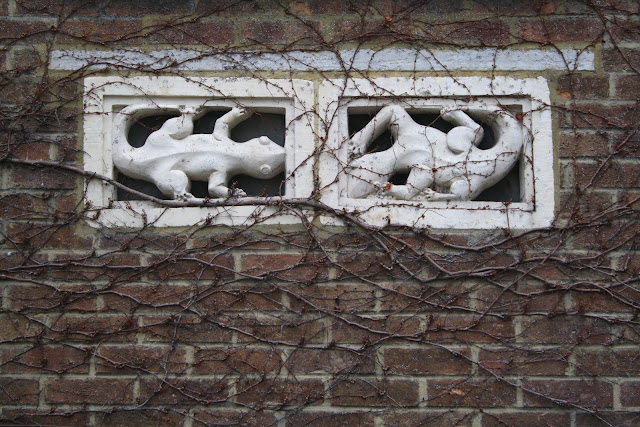 Last night Dave and I watched "Spring, Summer, Fall, Winter and Spring," one of my favorite movies. (Just bought the DVD from Amazon!) It's a Korean film about a Buddhist monk who lives in a floating temple in the middle of a lake. A boy comes to live with him and the monk trains the boy in Buddhism. The film follows the boy's life as he grows up, strays from the path and commits a murder, and struggles to redeem himself.

Near the beginning, the boy is playing in the forest. He ties a stone to various small animals -- a fish, a frog, a snake -- and laughs as he watches them struggle. He doesn't know his teacher is also watching.

That night, the teacher ties a large stone to the boy's back. When the boy awakens the next morning, he pleads with the monk to remove the stone. The monk tells the boy he must first remove the stones from each of the animals he'd trapped the day before. He warns the boy that if any of the animals are dead, he will carry a stone in his heart for the rest of his life.

The rock still strapped to his back, the boy struggles into the forest. He finds the frog alive and releases it. But the fish and the snake are dead. The boy cries inconsolably.

That lesson always impresses me. I don't remember ever consciously tormenting an animal as a child, though I'm sure I caught my share of fireflies. I remember trying to save frogs from another boy on the elementary school playground, as he ran around stabbing them with a stick. I did my best to throw them over a fence before he could get to them.

I do remember harming an animal, ironically, when I was in the Peace Corps. I was out in the countryside with my Moroccan colleague, treating wells with large chlorine tablets to purify the water. We'd drop a tablet or two in each well to kill any bacteria. We came upon an underground spring that bubbled up into a pool, covered with a concrete cap and a door. When my counterpart opened the door, we saw numerous turtles swimming in the water.

It seemed amazing to me that these aquatic turtles were living in the arid environment of the Anti-Atlas mountains. But my Moroccan colleague was not amused. "This water is very dirty," he said, and proceeded to dump about ten chlorine tablets into the spring.

We didn't hang around to see what happened to the turtles, but I don't see how they could have survived. I felt so guilty about it afterwards that I decorated one of my shirts with drawings of turtles to memorialize them -- not that it did them any good.

The monk was right -- I still carry that stone in my heart!

(Photo: Two lizards on a house in Notting Hill.)
Posted by Steve Reed at 8:26 AM