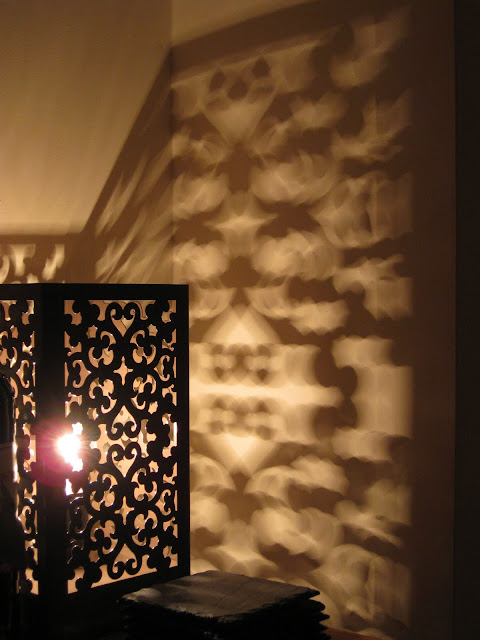 It's been one week since Dave and I took Ernie and Ruby to the vet for the last time. Since then I've cried, and then stopped crying. I've cleaned the house and enjoyed its incredible neatness, devoid of dog blankets and the smell of dog food. I've missed the dogs' warm bodies around my ankles in bed at night, and their steady, snoozing companionship during the day.

I've experienced denial, anger, guilt, depression, relief -- all the standard feelings, some of which I didn't recognize right away. This has been quite a psychological adventure.

Everyone says they feel guilty upon euthanizing a pet. I had no idea how deep that guilt could run. "How could I have let this happen?" I've said to myself. "I was responsible for them. They trusted me. Did I do all I could? What if I'd tried another medicine, another veterinarian? What if I hadn't taken Ruby off her medication? Was it really the right time for them to go? Couldn't they have lived another day, week, month?"

These messages have run like a river through my head, fed by a wellspring of denial. I picture the dogs in their healthiest recent moments, wagging their tails or trotting with a brief burst of energy across the parking lot. I don't picture them sleeping their days away (they slept all the time) or bleeding or shuffling slowly on their walks. Ruby's heart failure had her panting for air, after all -- and she had that awful necrotic tumor on her side. Ernie, with metastasizing lung cancer, was losing weight and energy. Yet I could deny those illnesses enough to question what we did.

I've felt anger -- in a very subtle, involuntary way -- at Dave for supporting our decision, even though he was right. (And even though they were his dogs, for Pete's sake, and had been for a decade or more!) I've doubted the vets and their dedication.

Now, a week later, I'm in a calmer place. It's not without sorrow, but it's not quite as desperate. I have brief flashes of pain when I see something that reminds me of the dogs -- the corner of the elevator where Ruby always put her nose, for example. Last night we had chicken for dinner, and I took the skin off, like I always do -- and had no dog to feed it to. It just sat limply at the edge of my plate until I threw it away.

I read some pet grief web sites that indicated my feelings are very common. I especially liked this quote from a reader of one forum:

"As compassionate and caring people we have to think about what is best for the pet when they get sick -- especially with a terminal illness, remembering that they are not humans. They don't reason like us. All they know is that they are in pain and suffering. It is our job to help them out of that pain and if experts tell us it will get worse then we have a moral obligation to relieve them of it -- even if it hurts us."

That says it all pretty clearly. I'd already worn myself out trying to keep them healthy, and I was losing the battle. We really didn't have much of a choice. I loved them dearly and always will, but it was time for both of them.