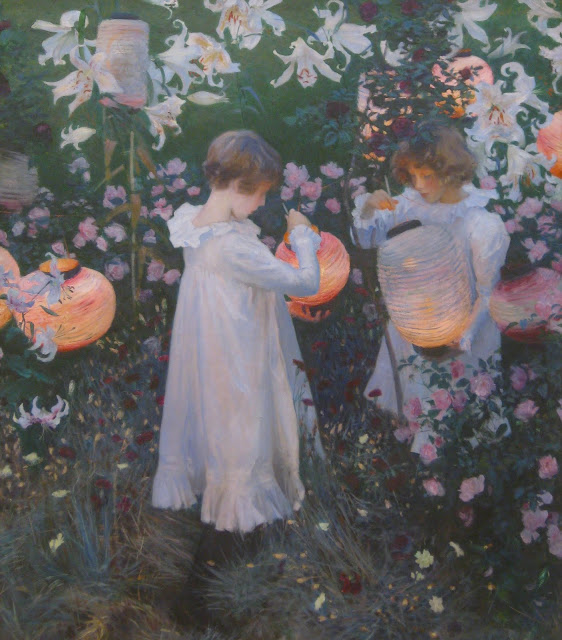 I finally made it to the Tate Britain yesterday, where I wandered among classic examples of British art. There's a lot of incredible stuff in that museum, but I was most impressed by the John Singer Sargent painting above, "Carnation, Lily, Lily, Rose," from 1885. Isn't it amazing how well he captured the glow of those paper lanterns? You feel like you've stepped back 125 years into a dusky English garden. 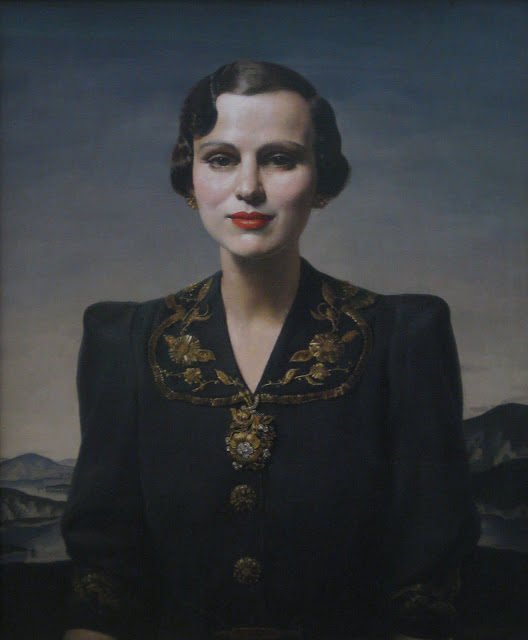 I also liked Gerald Brockhurst's "Portrait of Margaret, Duchess of Argyll," from 1931. The Duchess was a great beauty and a controversial figure in her day -- this rather biting obituary notes her famous sexual exploits and her role as a "mistress of boring banter." The painting was done before any of the controversy, though, and depicts her as a privileged 19-year-old, about to step into a world in which England would be transformed. Another online biography notes that the duchess "was in many ways a symptom of the aristocracy’s inability to adapt to the seismic changes in society after the Second World War. She could neither boil an egg nor make her own bed, and was unable to cope with life outside the confines of wealth and class."

I also saw a fascinating exhibit of the apocalyptic work of John Martin (even though the admission was a rather steep £14!) and wandered through the museum's more modern works, including a bizarre maze-like installation of gloomy, dingy rooms called "The Coral Reef." I topped off the day with lunch in the museum cafe and a walk through the neighborhood of Pimlico.

The weather, however, is not cooperating with my efforts to get out and about. It's supposed to rain again today and the wind is howling against the windows. I also need to hang around home to receive some expected deliveries -- my brother sold Florence and I'm waiting for related paperwork.

I did sign up for a weeklong photography course, beginning Monday. It occurs to me, though, that January may not be the best time for a class that takes place partly outdoors!
Posted by Steve Reed at 7:02 AM