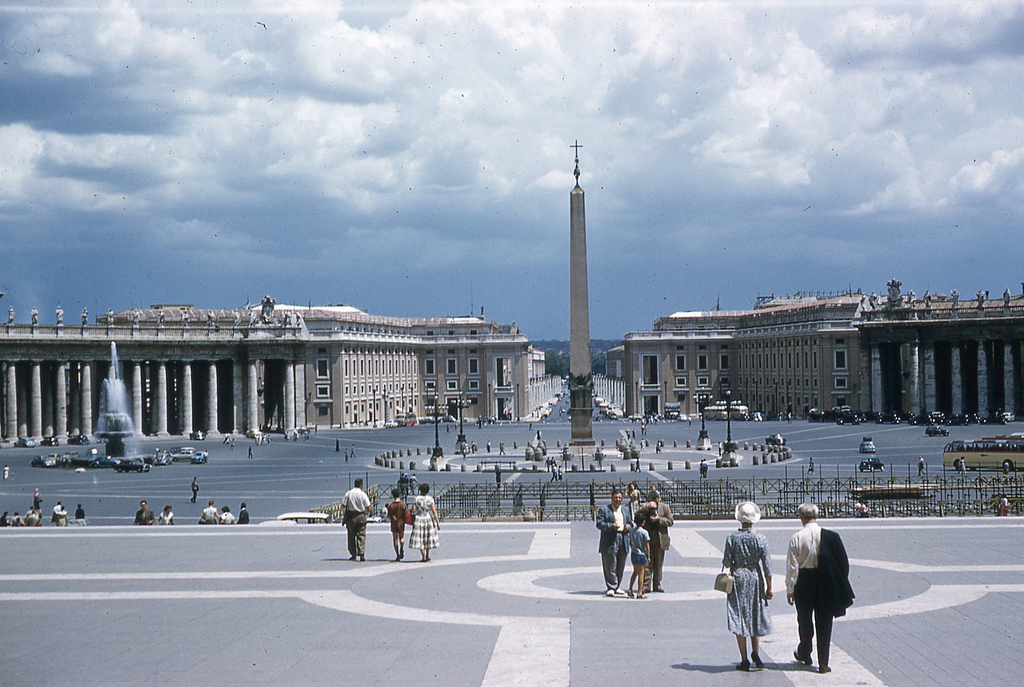 I mentioned that while I was in Florida, I scanned some of my dad's old photos from a trip he took to Europe in 1957. These pictures are amazing -- a real time capsule and photographically impressive to boot. My dad has a great eye!

He was 20 years old, and traveling with three friends. They drove cross-country in a Volkswagen from California -- where he grew up -- to New York, where they boarded an inexpensive freighter bound for Europe. They slept in hammocks somewhere in the bowels of the ship, and when they arrived in England, they began a journey that took them to Scotland, France, Switzerland, Italy, Germany, Belgium and the Netherlands. 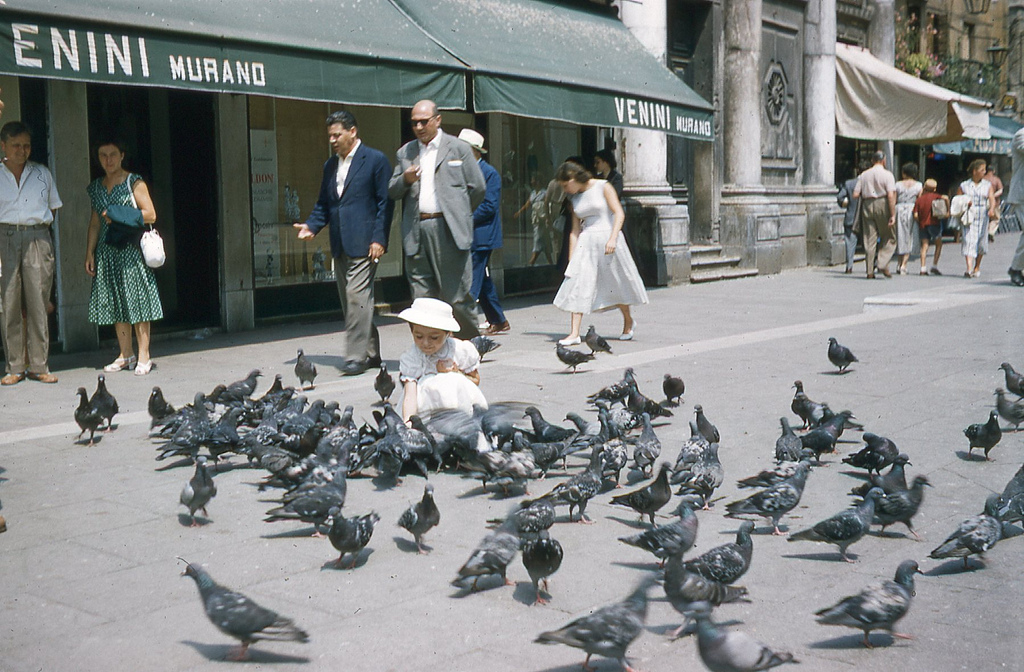 They stayed in hostels or camped out -- once running afoul of the police in Germany when they tried to camp in the woods. (They were rescued by a friendly German woman who stuck up for them, and then fed them.) They drove a little rented Citroen and ate as cheaply as they could.

Dad has two trays of slides from the trip, but I only scanned about 30 photos -- mainly those featuring people, cars and fashions of the era, like this shot of a little girl feeding pigeons in the Piazza San Marco in Venice, and the top photo of Vatican City. 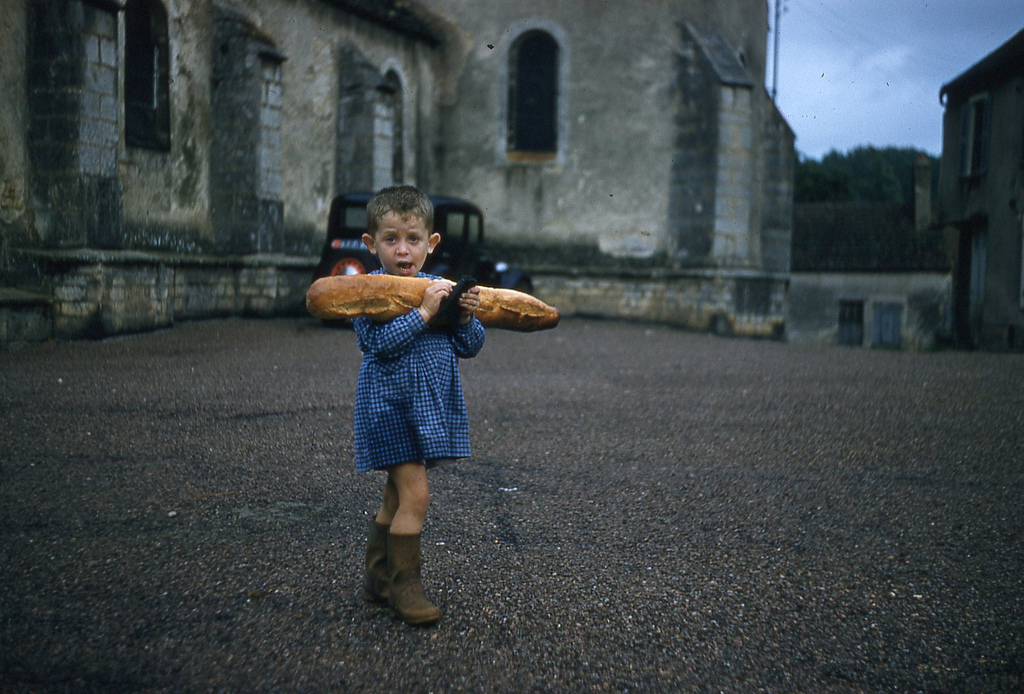 It's hard to imagine now, but Dad was there only 12 years after the end of World War II. He said war damage was evident in some cities, with massive rebuilding and modernization projects replacing the rubble. The face of every adult in his pictures makes me wonder what that person saw, and lived through, in the years prior. Dad also photographed a new generation of Europeans too young to have seen the war, like this child in France coming home with the day's baguette. 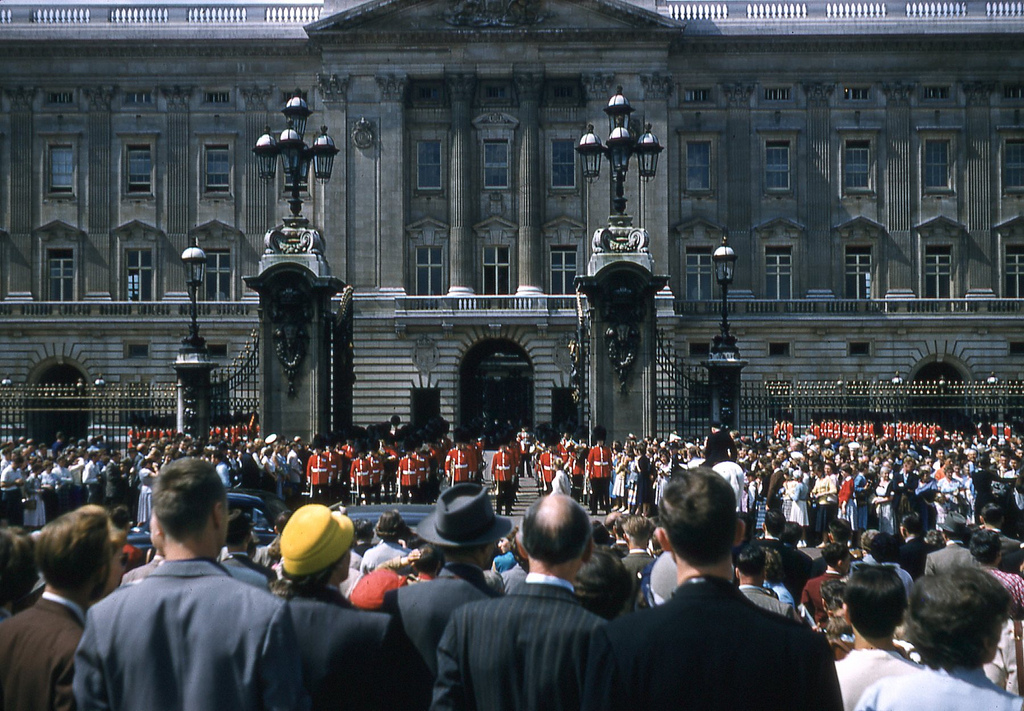 He saw the changing of the guard at Buckingham Palace, which doesn't look a whole lot different these days, except the palace itself is cleaner and the tourists don't dress as well. It's amazing to think he was there just five years after Queen Elizabeth II ascended to the throne!

If you're interested in checking out the rest of the scanned photos from this trip, you can see them here.
Posted by Steve Reed at 6:00 AM