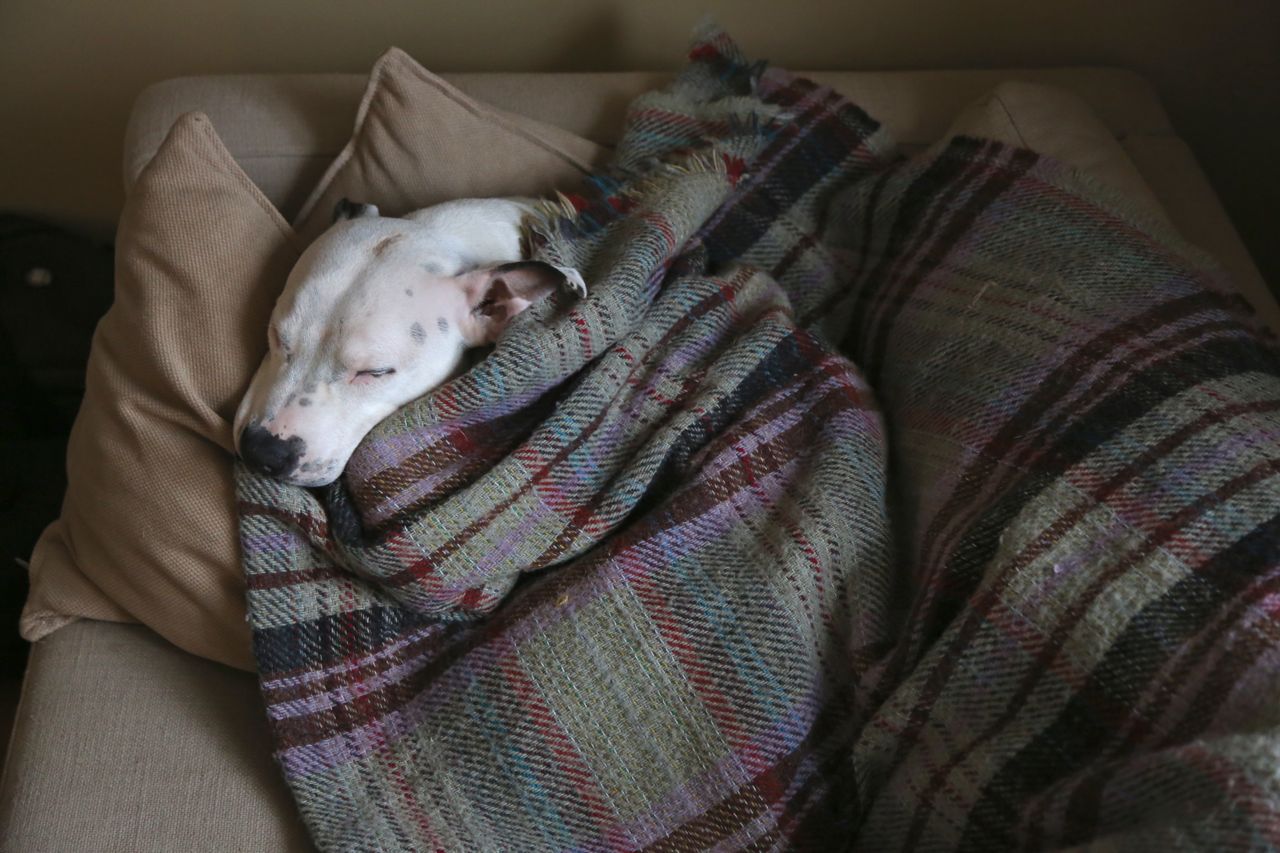 This is how Olga and I spent yesterday morning -- huddled on the couch as it rained softly outside. I read my book, and it was pretty much the perfect way to start a relaxing Saturday.

When the weather cleared later, we set out for our regular weekend walk in the park. I decided to leave the camera at home for a change, wanting to travel unencumbered. But just as we were leaving the apartment I impulsively grabbed our hallway runner -- a six-foot long beige rug that badly needed washing -- so I could drop it off at the laundromat on the way.

Unfortunately, as I discovered at the laundromat a quarter-mile later, I forgot to bring my wallet. The attendant would not accept the rug for washing unless I prepaid -- in fact, she wouldn't even let me leave it there, unwashed, just for the duration of my walk.

My choices at that point were to take the rug back home, call Dave, or just keep going. With an enthusiastic Olga dragging me park-ward, turning around didn't seem feasible, and I didn't want to tear Dave away from "Saturday Kitchen," one of his favorite cooking shows, just because I was an idiot.

So I swept out of the store declaring that I would take my business elsewhere. (I mean, really -- couldn't she just work with me on this?) And that's how I wound up walking through Hyde Park for the next hour with a six-foot-long hallway runner looped over my arm, which I'm sure looked peculiar.

So much for being unencumbered!

When we got home I stuffed it in our own washing machine. I'd thought it would be too large, but it came out clean as a whistle. Take that, laundromat woman.

In the evening I got a much-needed massage, and then we opened the bottle of champagne my boss gave me for Christmas in order to belatedly celebrate Olga's birthday. We got her a year ago on January 16! Hard to believe -- it seems like she's been hanging around forever. (In a good way.)
Posted by Steve Reed at 6:50 AM