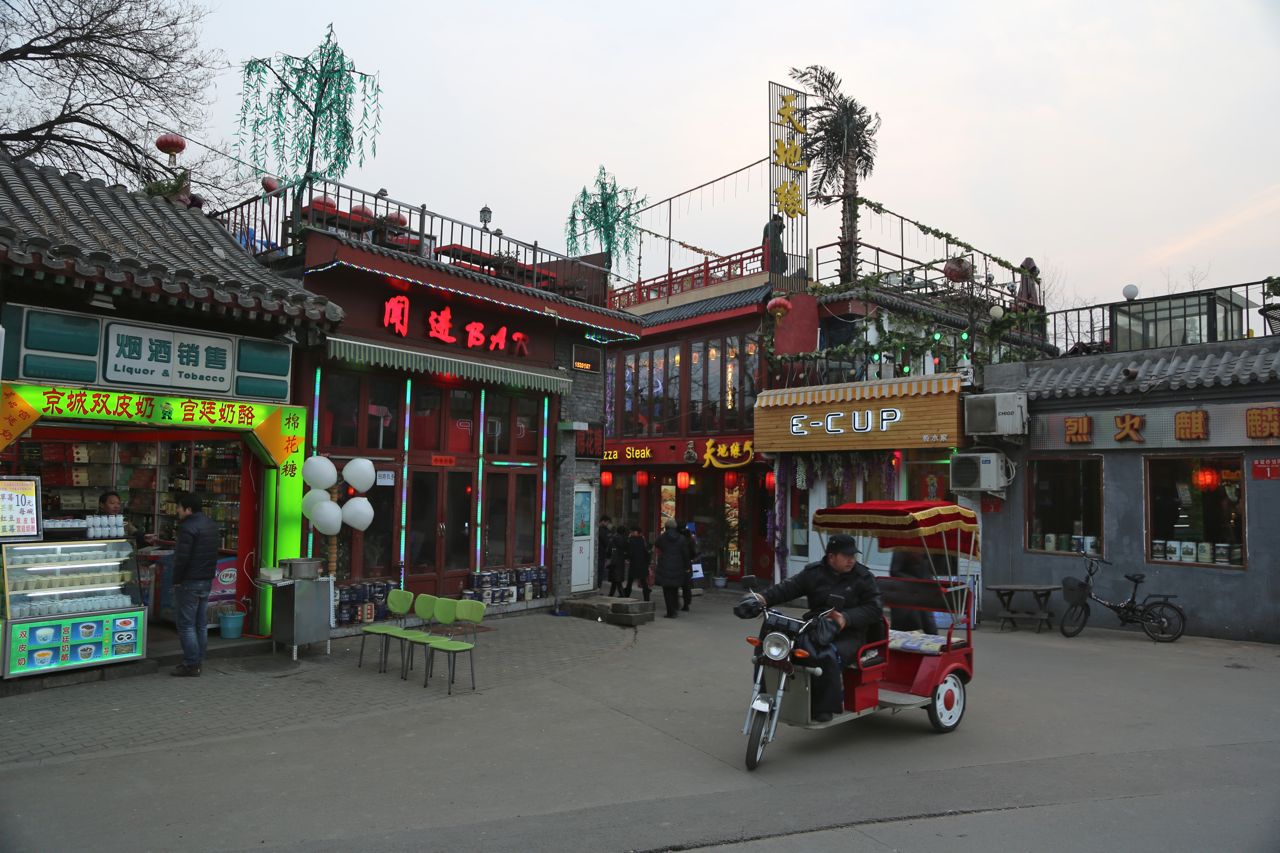 Last Monday, Dave and I caught a 10 a.m. high-speed train from Shanghai to Beijing, and for several hours we enjoyed scenery of the Chinese countryside. Lots of seasonally dormant farms, many with what appeared to be small grave plots and/or shrines amid the fields. Lots of high-transmission power lines. The day was gray and I make it a policy never to take pictures from trains, because they always turn out terrible, so you'll have to imagine what it looked like. 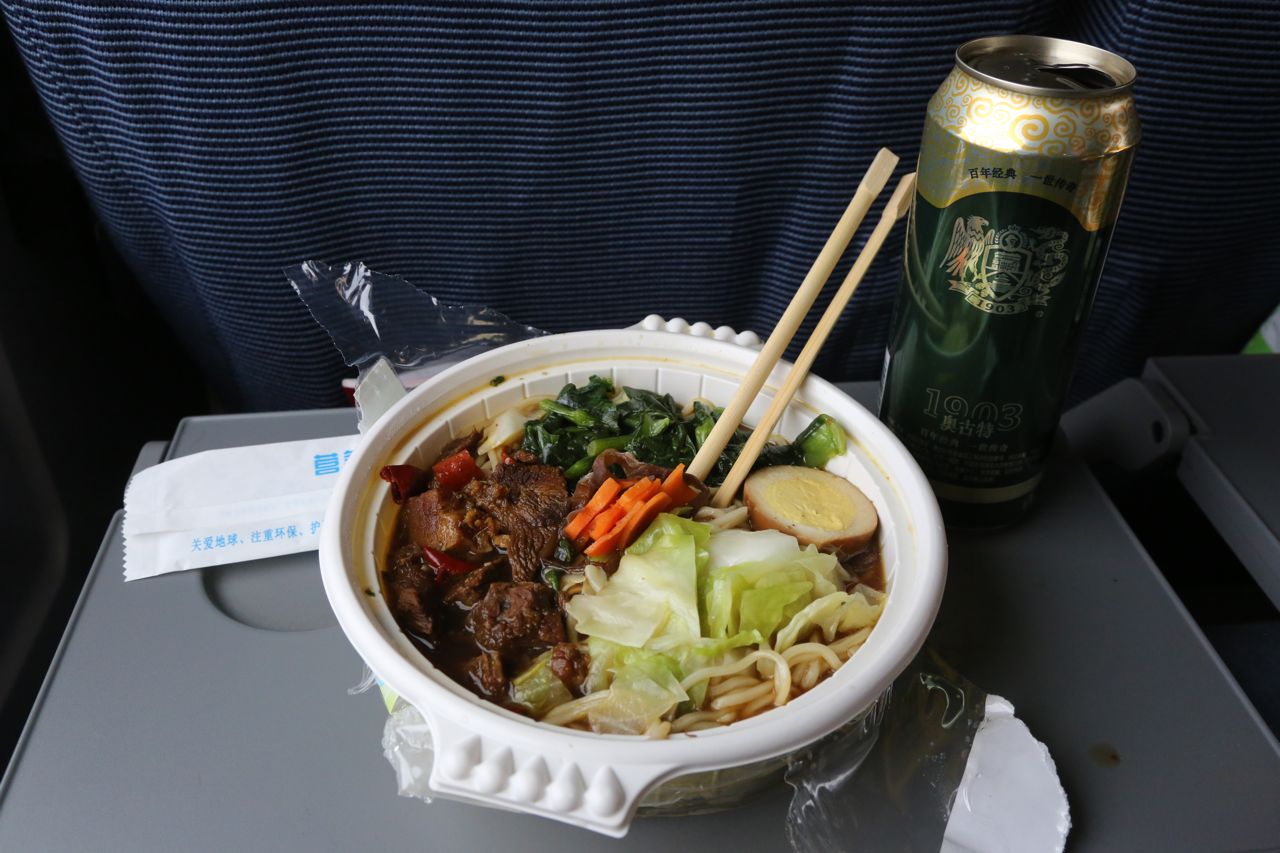 This was my lunch on board the train, purchased in the cafe car. Nummy! 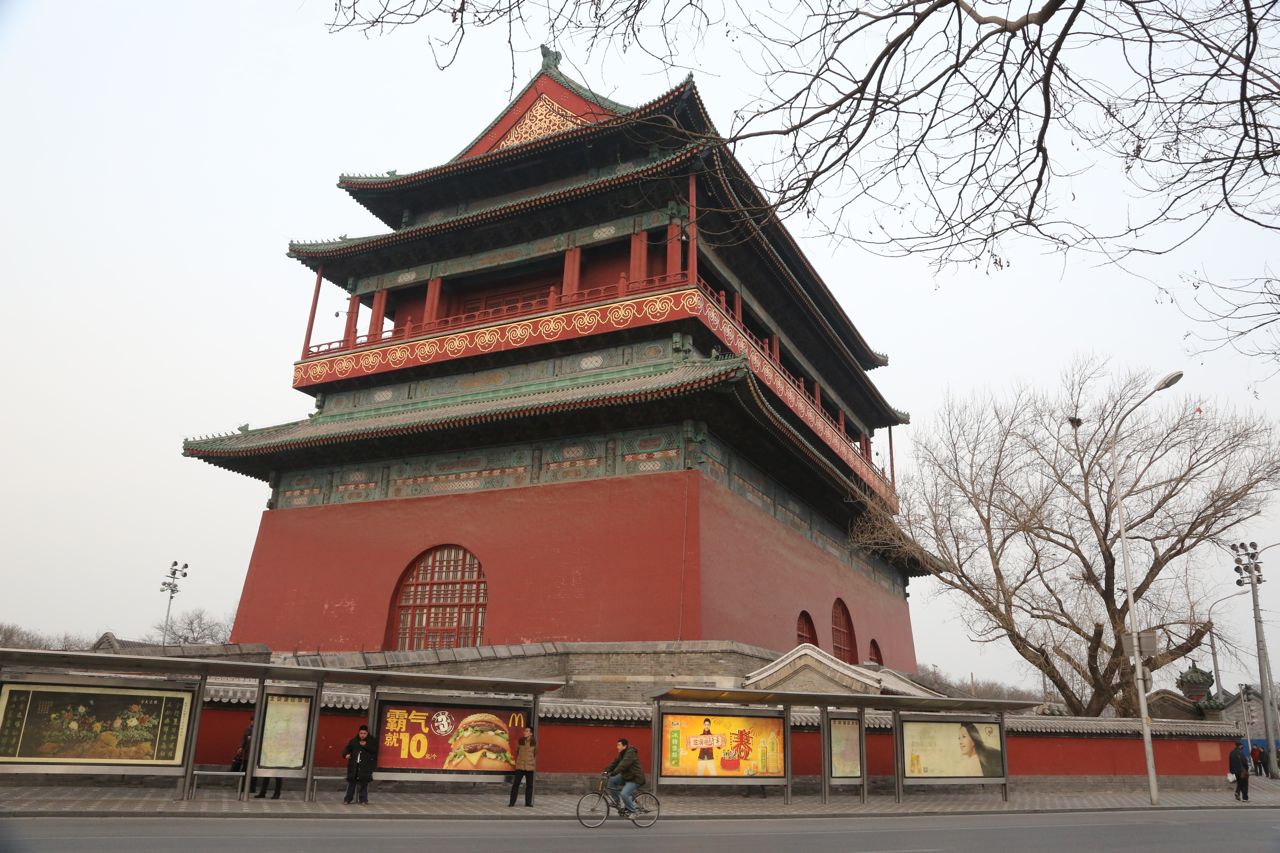 In Beijing, we took a taxi to our hotel, located in North Dongcheng, a neighborhood of historic hutongs -- or narrow alley-like streets -- north of the Forbidden City. It was a charming place built around a series of courtyards containing bamboo and towering old cedar trees. We set out to explore the neighborhood and found the nearby Drum Tower, once the center of Old Beijing. 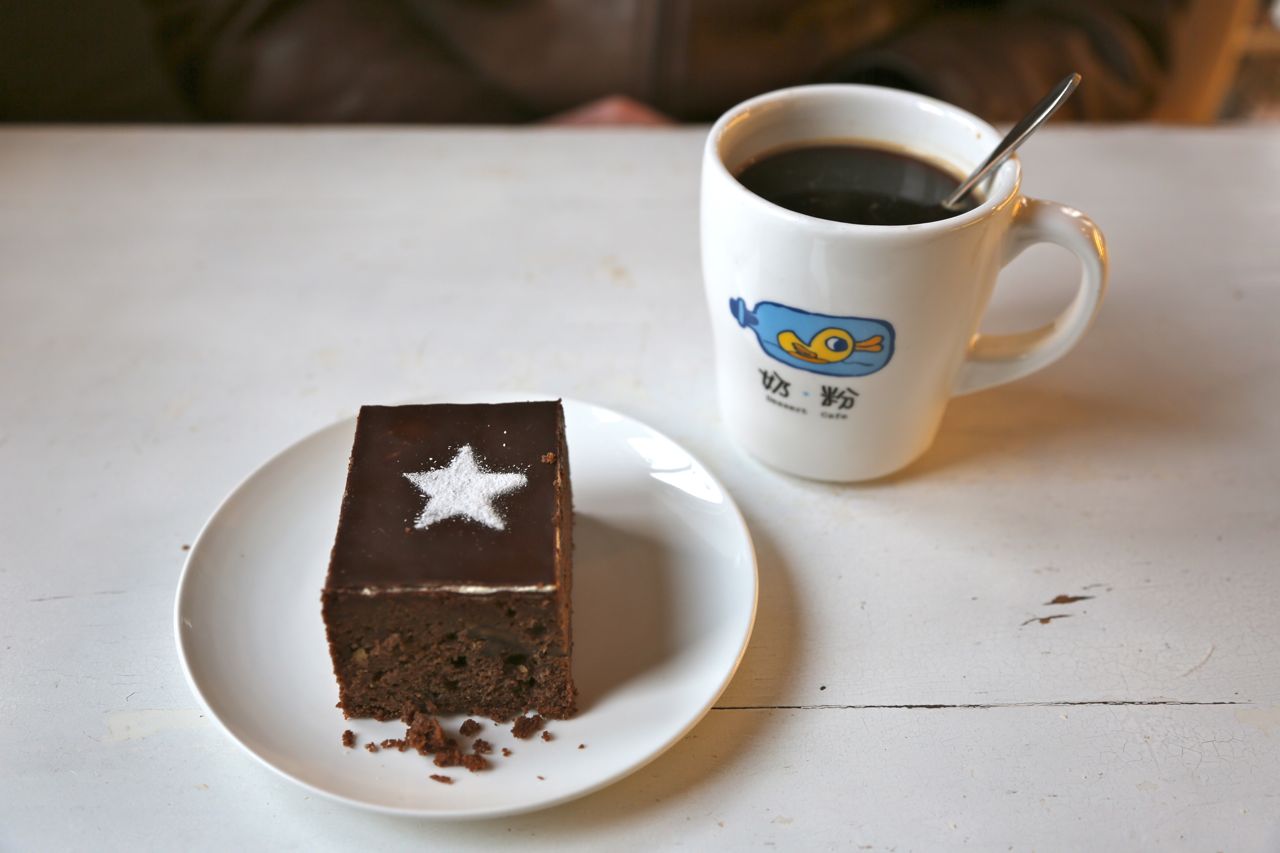 We also found a cute cafe called Nai Fen, which provided great Americano coffee and somewhat Communist-looking (and great tasting!) walnut brownies. I went back to Nai Fen every afternoon we spent in Beijing, and even negotiated with the owner to buy one of their mugs as a souvenir. (Yes, the logo shows a duck inside a bottle. I'm not sure of the significance of that, except that it's "cute," and the Chinese are very into cute.) 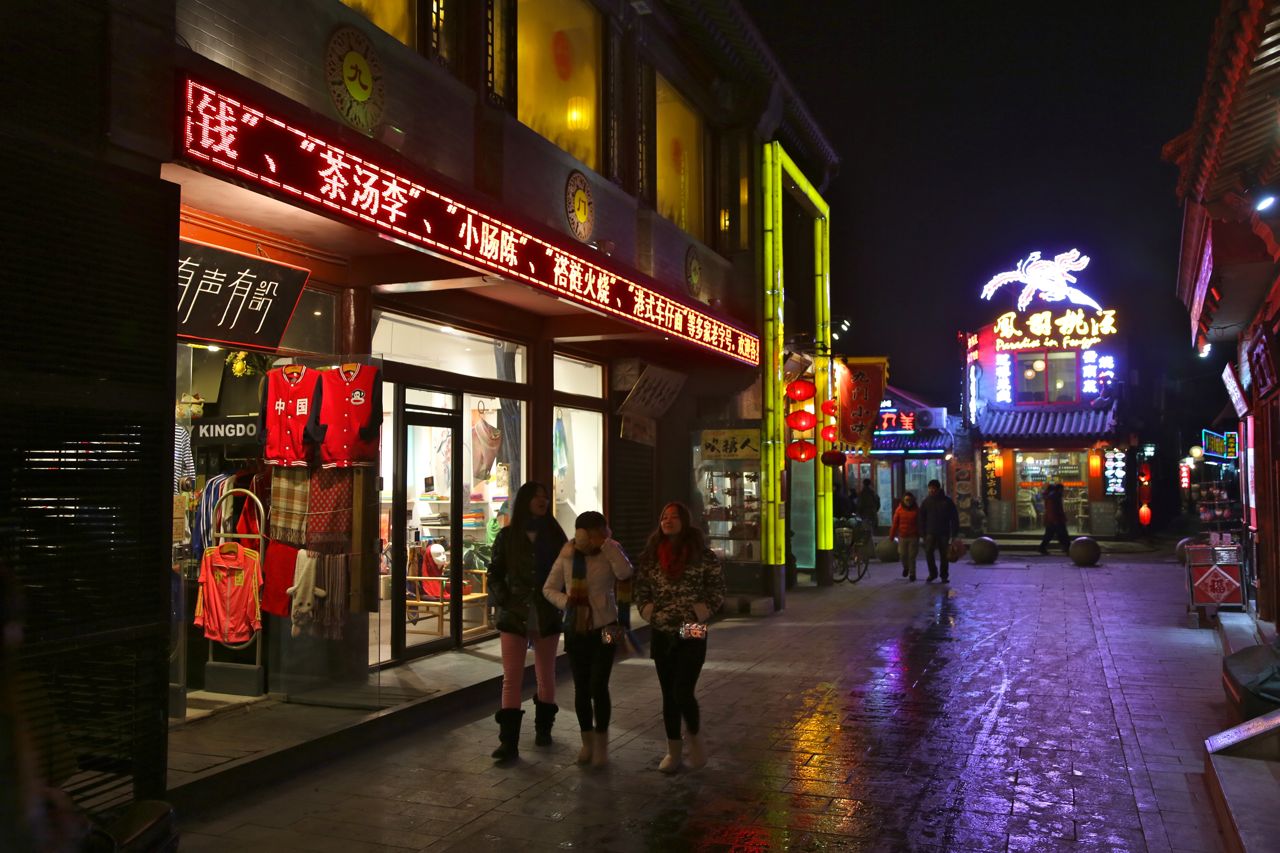 In the evening we took a walk through a thriving shopping area surrounding a frozen lake. (Yes, it was colder in Beijing -- definitely below freezing our first night.) For dinner we found a "hotpot" restaurant, which provided each of us with a sterno-fuelled pot of boiling water, in which we cooked super-thin slices of raw meat or vegetables right at the table. Kind of like Chinese fondue, and far fewer calories! We loved it, though the waitresses seemed a bit impatient with us because we clearly had no idea what we were doing.

The next day, we were off to the Great Wall!
Posted by Steve Reed at 5:42 AM